The federal budget is typically delivered in February or March 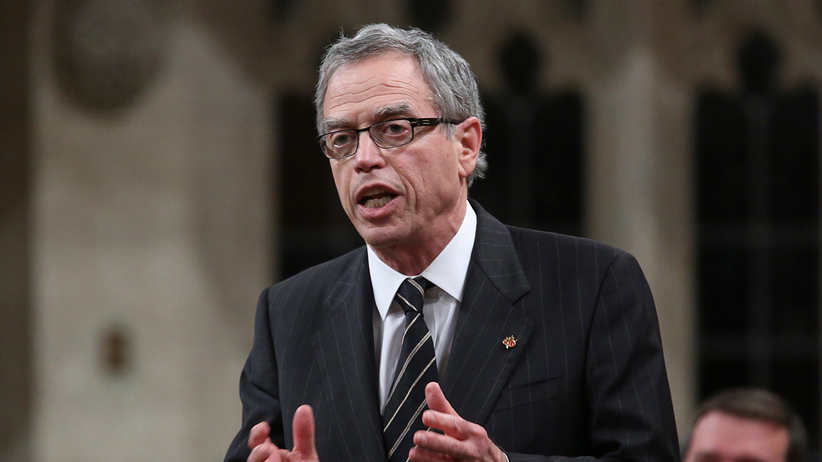 The next federal budget won’t be tabled until at least April to give the government more time to gauge just how badly tumbling oil prices will hit the Canadian economy, Finance Minister Joe Oliver said Thursday.

In a speech to a Calgary business crowd, Oliver said the Conservative government needs to consider everything it is hearing in pre-consultation talks before finalizing its fiscal plan for the coming year.

“Given the current market instability, I will not bring forward our budget earlier than April,” he said in a luncheon speech to the Chamber of Commerce.

“We need all the information we can obtain before finalizing our decisions.”

While unusual, it wouldn’t be the first time the federal government has tabled a budget later than March 31, the end date of fiscal years.

Alberta’s budget is to be delivered as planned in March, while Ontario officials say budget timing in that province will not be affected by the federal move.

U.S. benchmark crude oil settled at US$46.75 on Thursday, less than half of where it was just six months ago.

Oliver said the impact of low oil on the Canadian economy is a mixed bag. On the positive side, drivers pay less to fill their gas tanks and manufacturers benefit from the lower loonie and cheaper energy.

But on the downside, oil companies are cutting back, as evidenced by news earlier this week that Canada’s largest energy company, Suncor Energy Inc. (TSX:SU), plans to cut 1,000 workers and slash $1 billion from its budget. Lower oilpatch investment means less tax and royalty revenue in provincial and federal coffers.

“This new reality poses a great, though not entirely unprecedented, challenge,” Oliver said. “It represents the third-largest price decline in the last four decades, exceeded only by the 1988 OPEC collapse and the sharp decline and rapid recovery we saw during the Great Recession.”

Oliver struck a positive tone, despite the fact that there’s no consensus on when the price of oil will bottom out.

“Every knowledgeable person I’ve spoken to believes, and history tells us, that prices will eventually move well above current levels. The solution to low prices is low prices. They reduce production from high-cost producers and therefore constrain supply. And they stimulate economic growth and therefore ultimately drive up global demand.”

A former senior Finance Department official said he doesn’t blame Oliver for buying as much time as he can to assess the impact of lower oil prices on Canada’s bottom line.

“If I was still there, I would want as much time as possible and hopefully the economic situation would settle down somewhat,” said Peter DeVries, who helped put together roughly 20 budgets between 1985 and 2005.

DeVries said department officials were probably preparing economic forecasts and crunching fiscal numbers in preparation for a February budget. But sliding oil prices would have stamped a big question mark on those projections.

The delay buys some time, he suggested.

“What they’re hoping over that time period is either (oil prices) will bottom out or they’ll start to increase somewhat, so they can show a more-optimistic outlook in their next budget with regard to oil prices.”

The delay also means finance officials will be able to scrutinize fourth-quarter economic numbers for 2014 before completing the budget, DeVries pointed out.

He doesn’t believe the delay will have an impact on day-to-day management within the government, even though the 2015-16 budget will be tabled after the fiscal year will have already begun.

On a political level, DeVries said Oliver would risk a barrage of criticism if he presented a budget based on an average oil price projection of, for example, US$70 per barrel.

“I don’t think they have any idea what they’re doing. It becomes clear that their plan for the Canadian economy has failed Canadians and now they’re hitting the panic button, suggesting that somehow things will be remarkably different three months hence,” he said.

“If that’s the Conservatives’ economic plan for Canada — hope that the world markets on oil suddenly pick up and double the value for a barrel — my goodness. That’s somebody hiding under the covers and hoping bad things will just go away.

“He’s got to deal with reality now and show up to work and try to help Canadians who just lost their jobs.”

“It’s during times of uncertainty that we need a government that actually provides a plan and instead … we’re entering the next fiscal year without a plan,” he said.

“Everything this government does is a political calculation and they may be seeking a way to delay the delivery of a bad-news budget.”