Federal commissioner wants Quebec to do more to help Anglos

'No indication' that the Quebec Liberals would create a body dedicated to Quebec's 600,000 anglophones 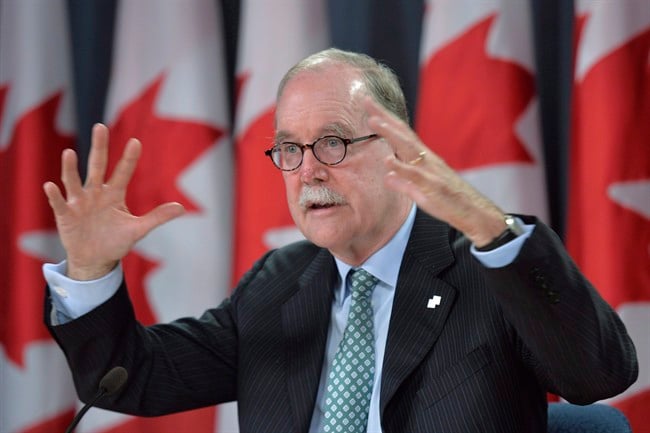 MONTREAL – The Quebec government has rejected a renewed call by Canada’s official languages commissioner that it create an office of anglophone affairs to better serve the province’s linguistic minority.

Graham Fraser told The Canadian Press he met with the three Liberal anglophone members of the legislature and said there was “no indication” the governing party would create a body dedicated to Quebec’s 600,000 anglophones.

The government’s reaction is not a surprise to community groups in Quebec who often complain the Liberal government’s rhetoric about the province’s anglophones doesn’t match its actions.

The Liberals publicly acknowledge the importance of the province’s English speakers — as opposed to their predecessors who were, at times, openly hostile to Quebec’s largest linguistic minority.

But members of Quebec’s anglophone minority say local control over institutions at the heart of their community is slowly eroding, as is their influence over public policy — regardless of the government in power.

“The English community has a problem with successive governments,” Fraser said. “They tend to be taken for granted whoever the government is. As a result, they have limited clout with Quebec City.”

Fraser and the heads of anglophone community groups in the province disagree.

Her organization has access to politicians, but she said English groups need direct access to the bureaucracy.

“What we need are inside coaches,” she said. “Somebody whose job it is to work with me in the provincial government.”

She said a glaring example of why anglophones need an inside partner is the recent introduction of Bill 10, which critics say will further erode local control over the English-language hospital network.

Health Minister Gaetan Barrette’s legislation would reform the governance of health institutions, which the government says will save millions of dollars towards balancing the budget.

Any control it gives up is control given to Quebec City, which doesn’t have the interests of anglophones as a priority, said Martin-Laforge.

The English-speaking community is particularly sensitive to perceived threats against its governance of schools and hospitals, which are considered pillars of its identity and culture.

Giving up any control over schools or hospitals to francophone Quebec City is considered unacceptable.

“The community built its institutions — all of them,” Martin-Laforge said. “We bought the land, we built the buildings, we did all the work. If we don’t have institutions we have nothing.”

Birnbaum used to be part of building those institutions. A former head of the Quebec English School Board Association, he told The Canadian Press that an anglophone affairs office is not the solution.

“I’m not sure the answer is to set up a political entity which is specifically tasked with the concerns of the English-speaking community,” he said.

He said Couillard is the premier of all Quebecers and Bill 10 will “go a long away” to addressing the concerns of the anglo community.

The bill is still in committee stage, he explained, and he asked that anglophones remain patient as he’s spent hours working on amendments to the bill.

He said it’s important that people recognize the distinction between the Liberals and the Parti Quebecois because his government “understands that English-speaking Quebec is an ally.”

“I understand that it has to pay dividends, but it’s important to note the distinction.”

Birnbaum said Quebecers will soon see some dividends as he expects Couillard to introduce a plan to recruit and encourage more anglophones into the Quebec civil service.