During the 2015 election, the Liberals promised to immediately drop opposition to the case of new mothers denied sickness benefits. 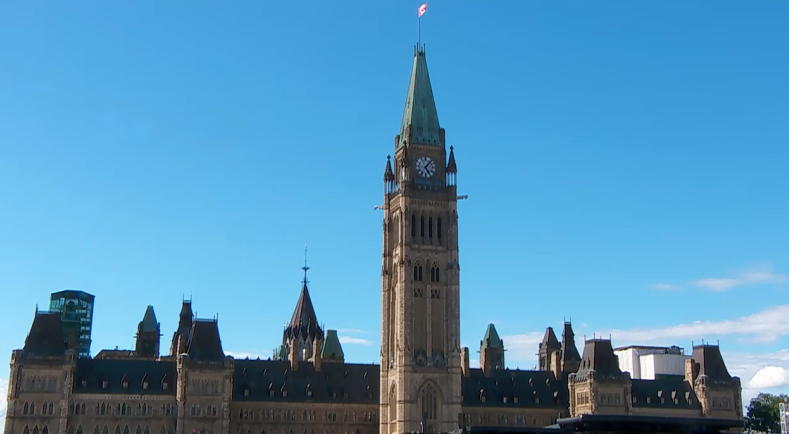 OTTAWA — Federal lawyers have racked up a legal bill of more than $2.36 million fighting a group of women who allegedly were wrongly denied sickness benefits while they were on maternity leave.

The costs, revealed in an access to information request filed by The Canadian Press, show the Justice Department added about $300,000 to its bill between early 2016 and last June to fight a case the Liberals once vowed to drop.

That brings the total federal bill on the case to more than $2.5 million when factoring in previously released costs from a second department involved in the litigation.

Jennifer McCrea, the woman at the centre of the case, and her lawyer wonder why the government can’t end their case when it settled with former Guantanamo Bay detainee Omar Khadr for $10.5 million and offered up to $750 million to victims of the 60s Scoop, where Indigenous children were taken from their homes and placed with non-native families.

“It’s the only right thing to do and I believe in the strength of our case,” said lawyer Stephen Moreau.

“I have yet to see a reason why they wouldn’t come through on this promise, other than the fact that they’re taking a long time. That’s the only thing that gives me some pause.”

McCrea said she hasn’t given up hope the Liberals will settle, as the party promised at the end of the 2015 election, but admits it may finally mean getting their day in court.

“I’m upset that this is taking so long,” she said.

“I’m in too deep and too long to give up on it, so absolutely we intend to continue the fight. It’s just very slow and painful.”

It was two years ago this weekend, just over a week before voting day, that the NDP and Liberals vowed to immediately drop opposition to the case if either became government.

Instead, Moreau said, the Liberals, like the previous Conservative government, continue to fight every element of the case.

McCrea has been brushed off by ministers and local MPs, with all saying they couldn’t comment because the matter was before courts.

“That’s all that they’ll tell me,” McCrea said.

A spokesman for Social Development Minister Jean-Yves Duclos said it would be inappropriate to comment on the case because it is in Federal Court.

“The minister is sympathetic to the challenges faced by women who were diagnosed with cancer while receiving parental benefits. EI claimants who fall ill or are injured during their parental benefits claim are now able to access sickness benefits,” Mathieu Filion said.

Parliament decided in 2002 to allow those who were diagnosed with cancer, for instance, to access 15 extra weeks of employment insurance payments in addition to a year’s worth of maternity leave benefits.

McCrea was diagnosed with breast cancer in July 2011, while she was on maternity leave with her youngest son, Logan, who was eight months old at the time.

She had a double mastectomy in August 2011 and was deemed cancer-free shortly afterwards.

But she was denied sickness benefits. Her claim alleges thousands of others were also denied between 2002 and 2013 — when the Tories further clarified the law — although the exact number of women affected isn’t clear because it would require searching through millions of paper EI files.

Federal lawyers are now looking to limit the potential number of additional women who may be part of the $450-million class-action lawsuit in the latest procedural wrangling. A hearing about whether to expand the definition of who is part of the class action is scheduled for early January.