Consultations begin on the promised federal plan against gender-based violence 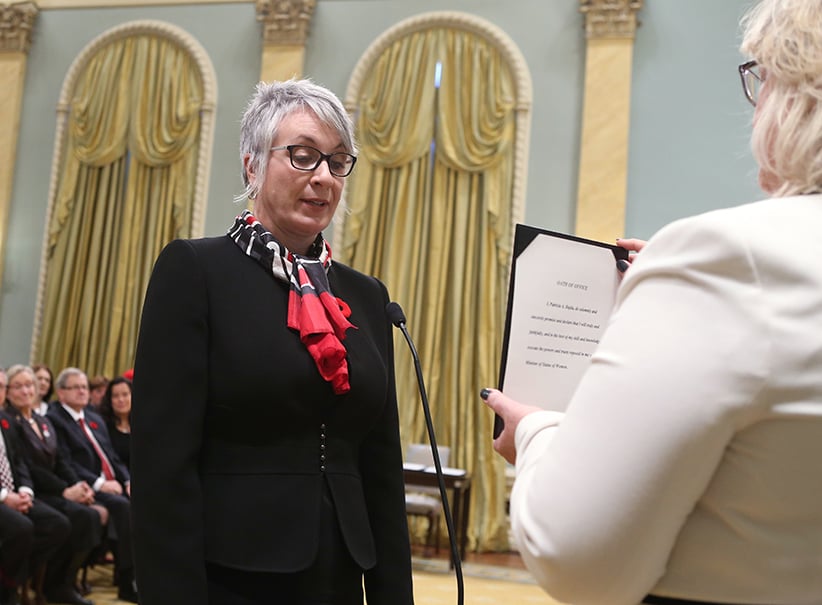 “My personal perspective is that I am not obligated to receive that and that I can use whatever mechanism I wish to walk away from violence in my life,” Hajdu said in an interview.

“That is a knowledge and a power that I have after many, many years of personal growth around that issue.”

Such power might not come easily to all women, girls and members of the trans community.

That is one reason Hajdu said she is interested in hearing more about what the federal government can do on the issue of cyber violence, including online harassment, as she begins consultations this summer on what should be included in the promised federal strategy on gender-based violence.

On Monday, Hajdu will meet for the first time with the members of an advisory council — including men — she has convened as a sounding board while Status of Women Canada develops a federal strategy against gender-based violence, a key part of her mandate from Prime Minister Justin Trudeau.

She said she wants to take a holistic approach, which includes moving beyond physical and sexual assault to look at other ways women and girls can experience intimate partner violence, such as through losing control of their finances or being isolated from friends and family.

The transition binder prepared for Hajdu when she took over the portfolio noted that greater attention on things like sexual assault and harassment in the military, on university campuses and online, as well as the issue of murdered and missing indigenous women and girls had highlighted the need for the federal government to do more on gender-based violence.

The briefing material also said that, apart from Status of Women, the government as a whole had previously taken a “gender-neutral” approach, focusing the majority of its efforts on family violence and all victims of crime.

“If we don’t actually talk about the problem in a way that reflects the evidence, we don’t get very far,” said Hajdu.

Organizations that have been calling for a national plan involving the provinces and territories, however, will have to wait.

Hajdu said this is because Ottawa needs to get its own house in order first.

“We have no data. We have no plan. The departments are not speaking to each other about this issue. They are doing their own projects and funding various initiatives, but there has been no comprehensive approach,” she said.

Lise Martin, executive director of the Canadian Network of Women’s Shelters & Transition Houses, is on the advisory council meeting Monday with Hajdu.

She said the federal strategy is a good first step, but a national plan that involves Ottawa co-ordinating efforts with provincial and territorial governments is still needed to ensure more comparable access to support and services nationwide.

“I really don’t think the safety of women should depend on the fiscal situation of a province or territory,” she said.

Martin was part of a group of 22 non-profit organizations, trade unions and independent experts who developed a blueprint for national action on gender-based violence.

She said that in addition to better co-ordination, what service providers need from governments is stable financial support, and more of it.

“I find that often when we are dealing with social justice issues, and even more issues that have a greater impact on women, a lot of good will is put into the equation and good will is not going to cut it here,” she said.