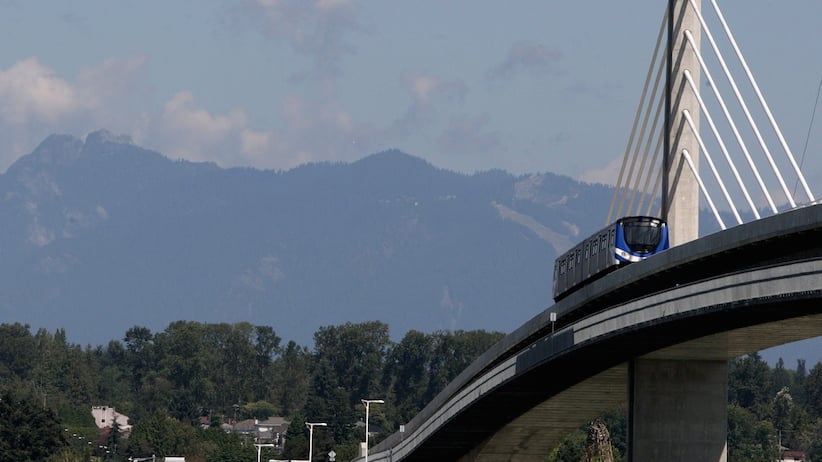 BURNABY, B.C. – The federal government has taken a major step in its ambitious infrastructure program by signing a funding agreement with British Columbia to move the first block of cash in its multibillion-dollar plan.

Trudeau said $370 million of that money has been earmarked for transit projects in Metro Vancouver.

“With the province’s and municipalities’ contributions, a total of $934 million will be invested in public transit across the province,” he said Thursday at the SkyTrain operations centre in Burnaby.

“This is just phase one,” Trudeau said. “We are now meeting with provinces and municipalities to develop the second phase of public transit investments to fund major new transit projects that Canadian communities need.”

The announcement came a day after a Senate committee warned that none of the $6.8 billion in infrastructure money promised to cities and provinces for transit, green and social infrastructure had flowed because of a lack of funding agreements.

Vancouver Mayor Gregor Robertson said Ottawa’s investment “makes sense when we contribute about half of our tax dollars to the federal government.”

“Of course, we’re proud to be the first region in Canada to land that investment from the federal and provincial combination,” he said, adding a number of projects have been identified for the first two to three years of a 10-year plan.

He said the Broadway subway line in Vancouver and a rapid transit project in Surrey are expected to break ground within 18 months.

Metro Vancouver has a long wish list of transit projects, but residents voted down a proposed sales tax last year to pay for a 10-year, $7.5 billion transit plan for the region.