For a refugee named Rasha, the road's been fraught from Damascus to Beirut, then Edmonton, then Ottawa. But she's found happiness at last. 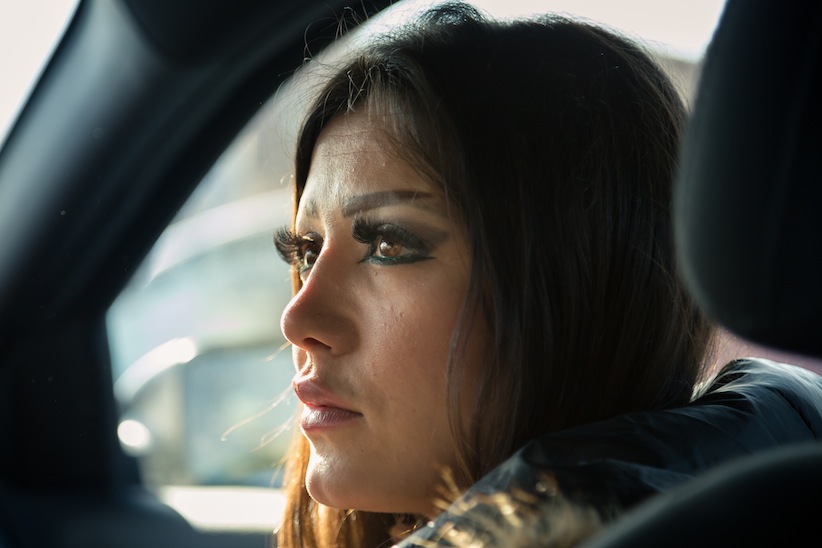 Stopped at a red light, Rasha looks to her fiancé Arturo from the passenger seat of his car. Rasha says she loves to go for long drives, often without any destination in mind. (Photograph by Marc-André Cossette)

From Damascus to Beirut, Edmonton to Ottawa, Rasha has spent the past three years running away from violence.

But on this Sunday morning in late November she is home, safe in the warm apartment she shares with her fiancé, Arturo, in Lincoln Heights.

“I love Ottawa. Everything here is nice. Except the weather… It’s cold. Very cold,” she says with a smile, pretending to shiver.

A large, half-empty box of Tim Hortons donuts sits on the coffee table, next to a pair of unclaimed double-doubles, a plate of chocolate chip cookies, and a pack of Rasha’s Pall Mall cigarettes.

Rasha, 27, sneaks up behind Arturo, draping her hands on his shoulders. Her brown eyes are shrouded by long false eyelashes, glittering eye shadow, and teal green eyeliner.

By all appearances, this would be just another unremarkable Sunday morning, were it not for the extraordinary journey that brought Rasha to Ottawa in the first place.

“It’s very safe here,” she says. “Now I can sleep. I can go outside. I’m not scared of anything.” 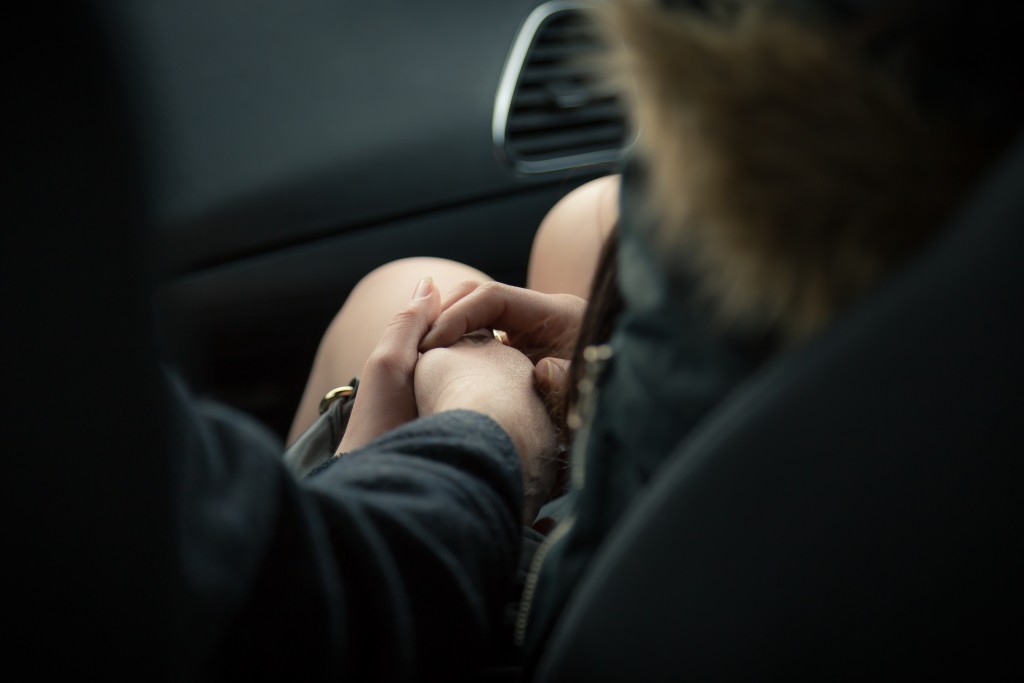 Before war broke out in Syria, Rasha lived a safe and comfortable life in Damascus. (She asked that her last name not be used, to protect her mother and sister who are still in Syria). Working as a stewardess for Syrian Air, she travelled to places as far-flung as Egypt, Germany and Thailand, before returning home to her mother, two brothers and sister.

“It was a very nice country to live in. We were very happy there,” says Rasha. “I didn’t feel scared before.”

Rasha did not support the wave of protests that swept through parts of Syria in 2011, seeking to overthrow President Bashar al-Assad. Her father has served as a general in Assad’s army. And while Rasha knew that opposition groups were stirring, she says she believed Syrians could find a peaceful solution to the crisis.

The capital had seen protests, but fighting intensified considerably in Damascus.

“ISIS started coming to Syria. They killed people, kidnapped people, asked for money,” says Rasha. “They broke everything. My home. Everything.”

Rasha recalls the morning her own life spiralled out of control, when she learned her 29-year-old brother, a lawyer, had been kidnapped by a group affiliated with ISIS. Rasha says he was targeted because of her father’s position in Assad’s army.

“They called my mom and told her, ‘We killed him,’ and that’s it,” she says. “And then two months later, they killed my younger brother. He was 18 years old.”

Rasha would be next, her brothers’ killers warned. “My mom told me to leave Syria. I left. I ran away to Lebanon.”

Rasha spent a year and a half in Beirut, a place she says is extremely dangerous for Syrian refugees, especially for women—they routinely face sexual harassment or abuse. “Every day felt like a year,” she says.

She tried to work, but employers often withheld payment. After all, Rasha says, authorities are more likely to side with other Lebanese than with refugees.

Eventually, she decided to register for resettlement through the UNHCR. As an unaccompanied woman, her application was accepted by the Canadian embassy in Beirut. By March 2015, she was on a plane to Edmonton, though her stay would be short-lived. 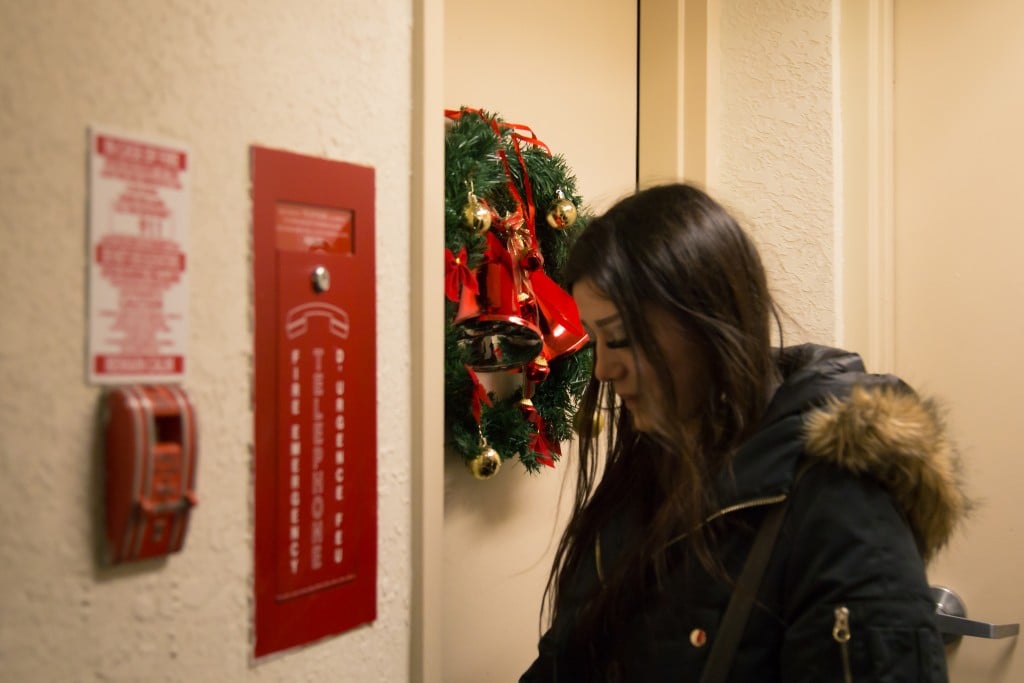 From Beirut to Edmonton

“I didn’t feel safe there,” says Rasha, shaking her head with furrowed brow.

She recounts being assaulted by a man on the street after leaving the reception centre to buy cigarettes. The man grabbed her by the wrist, telling her to go with him.

“I knew that Ottawa is the capital, so I moved to Ottawa. I always think the capital is better,” she says. 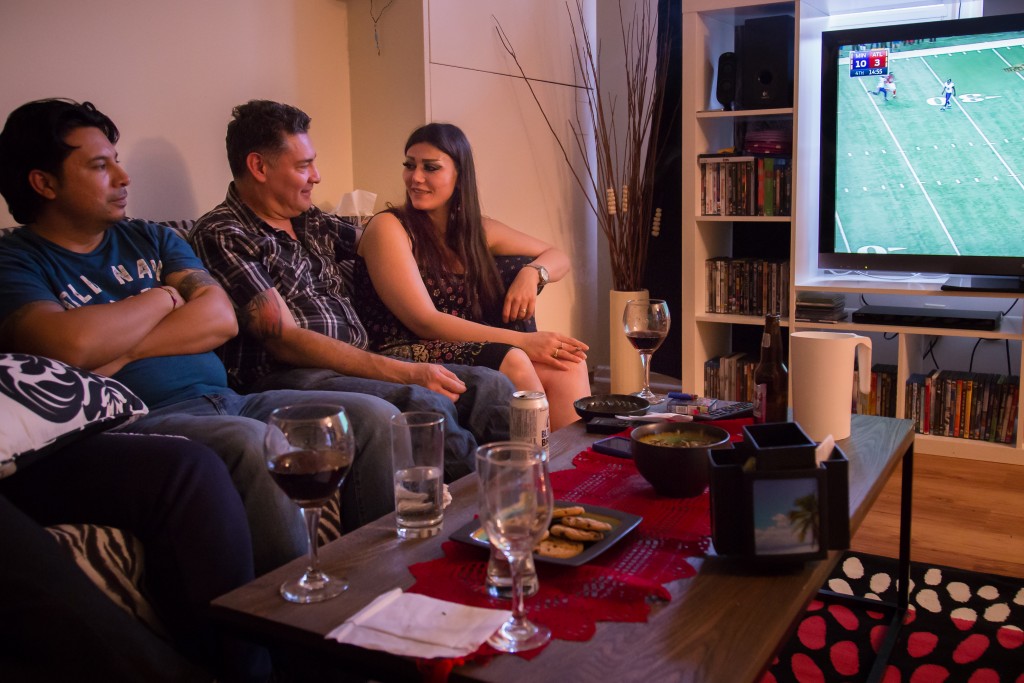 Asked how she found the strength to deal with such adversity, Rasha is stoic. “I’m alone. If I’m not strong, I could lose my life and cry all the time. I can’t do that. I have to go, move, find my life. I lost everything in Syria; I had to start a new life here.”

Walking around her neighbourhood in Gatineau, Rasha happened on an Middle Eastern grocery. A Syrian woman working at the store took her under her wing and suggested she move to the refugee reception centre in Ottawa’s ByWard Market. It would prove to be yet another fateful step in her long journey.

“I met my fiancé there,” Rasha explains referring to Arturo, a refugee from Mexico who arrived in Canada nine years ago. “He was visiting Mexican friends and then I met him there. We started talking,” she adds with a coy smile. Rasha says the wedding might take place in April. “For sure not in the winter!” 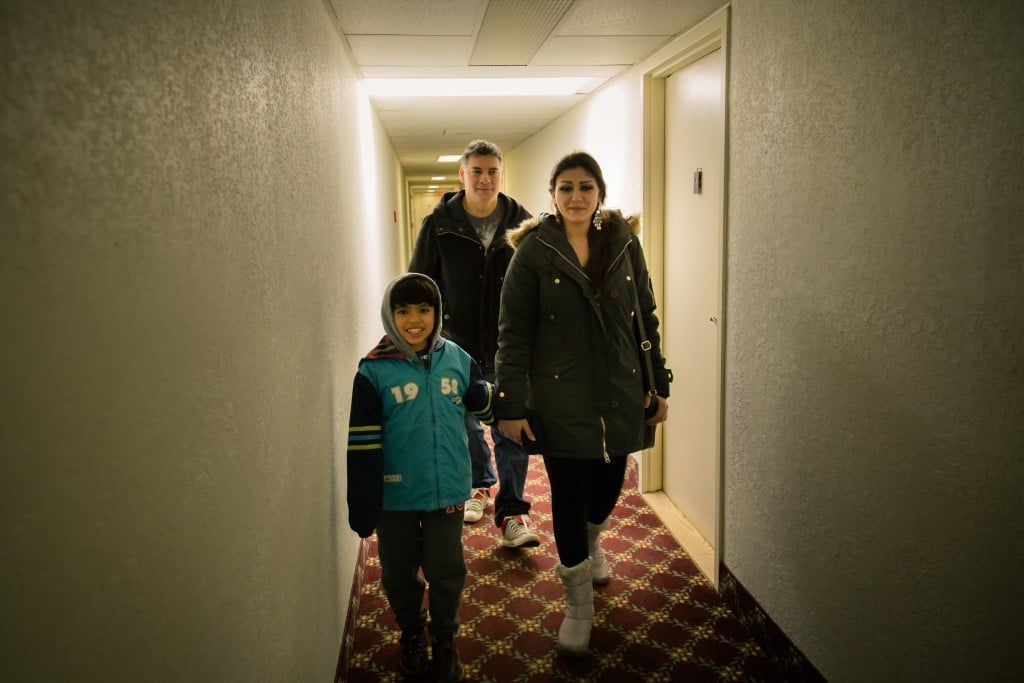 Since arriving in Canada in March, Rasha has finally found some stability in her life. Within a few months, she found work at Subway: a job she has since left to work alongside Arturo, both as superintendents in their new apartment building. This is no small feat, considering Rasha barely spoke English when she first landed in Edmonton. “I only knew ‘good morning,’ ‘good night,’ ‘how are you’,” she insists.

Still, while she has made a new life for herself in Canada, Rasha mourns all she had to leave behind in Syria.

Her thoughts often drift back to her mother and sister in Syria, whom she hopes to see again here in Canada. “Everything is different now. I feel happier. I just need my mom and sister with me.”

Rasha [Syrian refugee] – On life after her brothers are killed from Marc-Andre Cossette on Vimeo.