MP Robert Nault says he was told that nine are dead—all related, including three kids—in the Pikangikum First Nation blaze 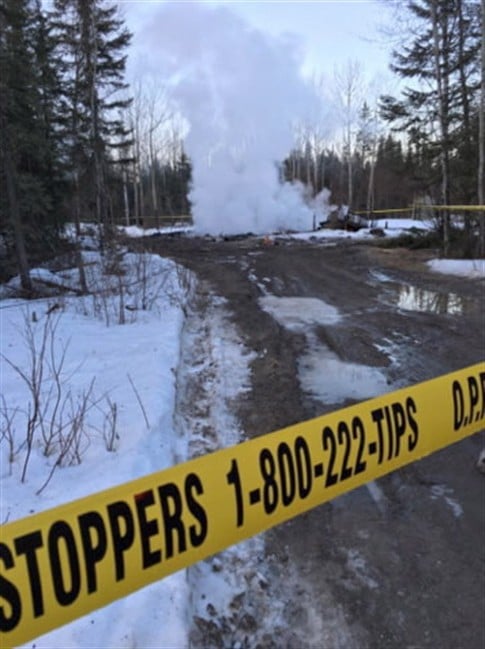 PIKANGIKUM, Ont. — Sources in a remote northern Ontario First Nations community say three generations of one family perished in a house fire that is reigniting calls for change on Canada’s reserves.

A resident of the Pikangikum First Nation who did not want to be identified said nine people died in the blaze that destroyed a family home late Tuesday.

The source identified the victims as Dean and Annette Strang, their son Gilbert, their daughter Faith, Faith’s three children and two common-law partners.

The source said all three children were under the age of five.

Ontario Provincial Police Const. Diana Cole said the fire broke out late Tuesday in the remote community near the Manitoba-Ontario boundary that has been plagued by suicides.

The cause of the fire is under investigation and police remain on the scene, Cole said.

“The shock of losing so many people in one tragic event is overwhelming,” said Fiddler. “There’s a tremendous loss and overwhelming grief that all of us are feeling.”

Fiddler described Pikangikum as “ground zero” when it comes to infrastructure requirements such as housing, access to clean drinking water or the capacity to fight fires.

Prime Minister Justin Trudeau offered his condolences to the community and said his government will work to improve conditions for First Nations people.

“We continue to be engaged with provincial and indigenous leadership on how to build better infrastructure, how to secure the future for indigenous youth and their communities,” he said during a visit to Edmonton.

“This is not just about the moral, right thing to do. It’s about investing in our shared future in this country.”

Kyle Peters, the First Nation’s education director, described the mood in the community as “shock and extremely sad. It’s probably one of the most difficult times.”

“I’m trying to set up travel for immediate family affected by the loss. Some as far as Alberta, some as far as London, Ont., and even Moosonee, I believe,” Peter said.

Crisis teams are also being dispatched from neighbouring communities, he added.

Joseph Magnet, a constitutional law professor at the University of Ottawa who has worked with the First Nation in the past, said he has been in all the houses in the community of about 2,100.

Local MP Robert Nault said discussions were ongoing about sending in support to help deal with “the whole issue of mourning.”

“It affects everyone in the community whenever there’s a tragedy like this or a suicide,” he said. “This is a community that’s had a history of suicides … and tragic situations, so this community has been in a constant crisis for a number of years.”

Ontario Premier Kathleen Wynne took to Twitter to offer her condolences to the community.

“My thoughts are with the First Nations community of #Pikangikum and those who lost loved ones in last night’s devastating house fire,” Wynne tweeted.

Nault said he was to meet Thursday with two health ministers to discuss what he called “the crisis in the North.”

“Not specifically about this incident, but obviously to talk about mental health, health-care delivery, the suicides,” he said. “Pikangikum has the largest suicide rate of any community in the western world … I think over 400 in the last couple of decades.”