Daniel Christmas, senior adviser for the First Nation of Membertou, N.S., among the first non-partisan senators chosen by an arm's-length process 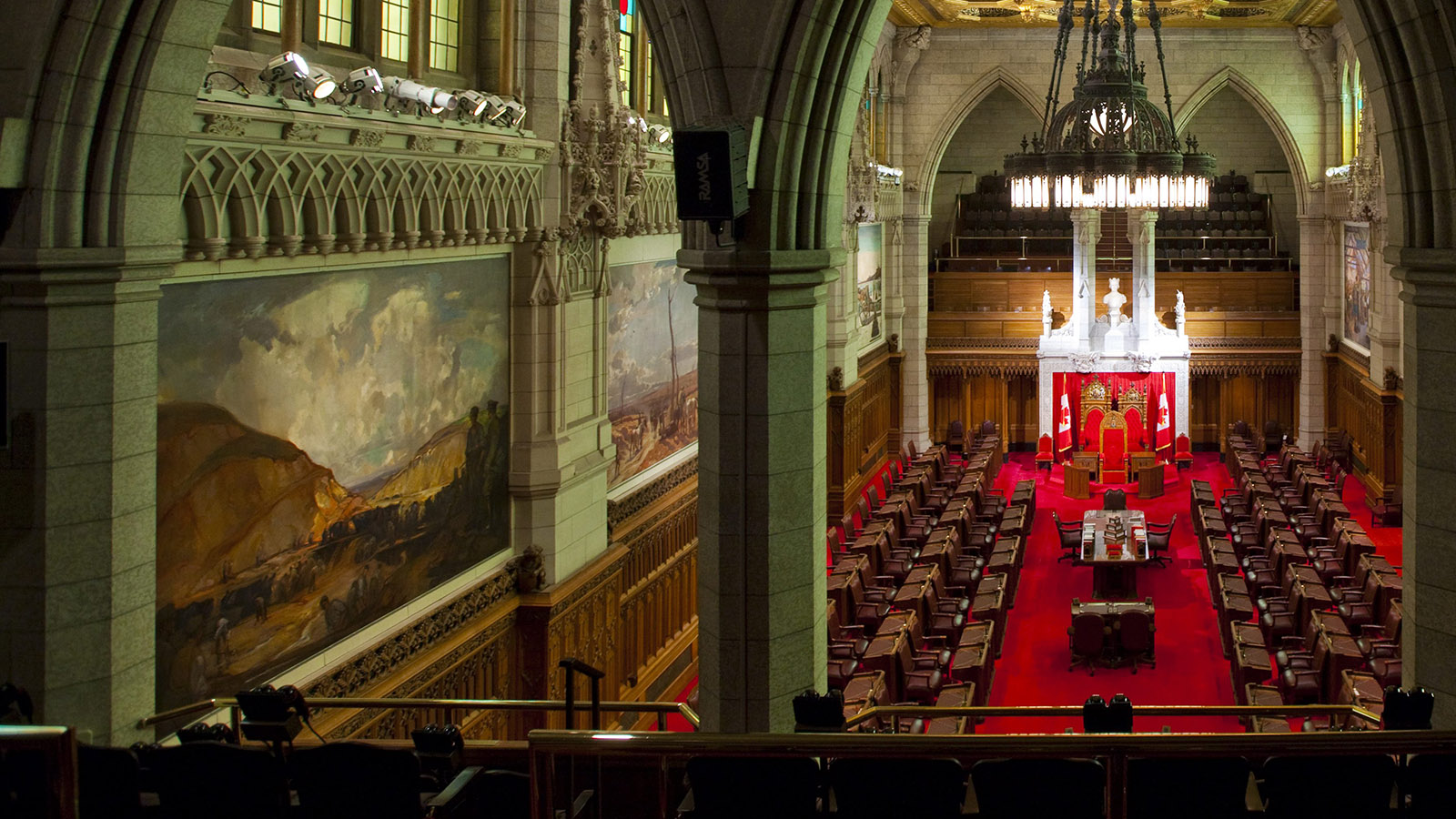 The Senate chamber on Parliament Hill in Ottawa on Thursday Jan. 13, 2011. (Sean Kilpatrick/CP)

MEMBERTOU, N.S. – Daniel Christmas helped transform his near-bankrupt First Nation into one of the country’s most successful.

Now, named what is believed to be Canada’s first Mi’kmaq senator, he says he hopes to use his experience to “rebuild” Ottawa’s relationship with aboriginals.

Christmas, senior adviser for the First Nation of Membertou, N.S., said it was his top priority after being appointed one of nine new independent senators Thursday by Prime Minister Justin Trudeau.

“I hope to bring a lot of my experience and lessons learned and know-how to try to point to a way to try and rebuild that relationship,” said the 60-year-old, who believes he is the first Mi’kmaq senator. “I have some definite unique experiences that will share a certain perspective on how this can be done.”

Bernd Christmas, a longtime friend and former Membertou CEO, said the new senator was instrumental in the development of his home community, which during the late 1990s was on the brink of bankruptcy and grappling with a 95 per cent unemployment rate.

He said Daniel Christmas was brought onboard to work with a team to revamp the Cape Breton First Nation, which has since become a model for other bands across Canada.

Over the next 20 years, Daniel Christmas would play key roles in the development of what is now a thriving community of roughly 1,400 people with its own schools, daycares, convention centre, market and ice rink, said Bernd Christmas.

In 1995, Membertou had 37 employees and a $4-million budget with a $1-million deficit, the band’s website said. Today, its workforce has grown to about 550 during peak seasons and its operating budget is around $112 million, it said.

“It’s like night and day,” Bernd Christmas said of Membertou then compared to now. “He was able to organize everyone and get the community working together.”

He said Daniel Christmas had a hand in just about every major development project, including Membertou Heritage Park, a two-hectare site with an exhibit that tells the story of Membertou and Mi’kmaq in Nova Scotia.

“It’s a great piece that showcases Dan’s direct contribution to the community in preserving our history and culture,” said Bernd Christmas. “He’s very passionate about making sure the community of Membertou knows its history.”

He said one of Daniel Christmas’s strongest attributes is his ability to bring people together.

“That’s why I think it’s a really good thing for Canada that he’s been appointed because he’s an individual who can bring a lot of people together.”

“A lot of people will be looking in my direction to see how I do my job. I’m excited in one way and nervous in another way,” he said, adding that he expects to be sworn in sometime in the next three to six weeks.

Christmas has also worked as director of advisory services at the Union of Nova Scotia Indians and was involved in the implementation of Mi’kmaq treaty rights in Nova Scotia.

He was awarded an honorary Doctor of Law degree from Dalhousie University in 2005 and in 2008, he was the recipient of the National Excellence in Aboriginal Leadership Award from the Aboriginal Financial Officers Association of Canada.

Christmas is one of nine new, non-partisan senators appointed Thursday by the prime minister.

They are the first senators to be chosen under an arm’s-length process that saw more than 2,700 people apply to fill the 21 vacancies in the 105-seat upper house.

The prime minister said the new appointment process is merit-based and open.