April 8: The Duffy trial continues, the Alberta election campaign revs up, and a bird flu outbreak 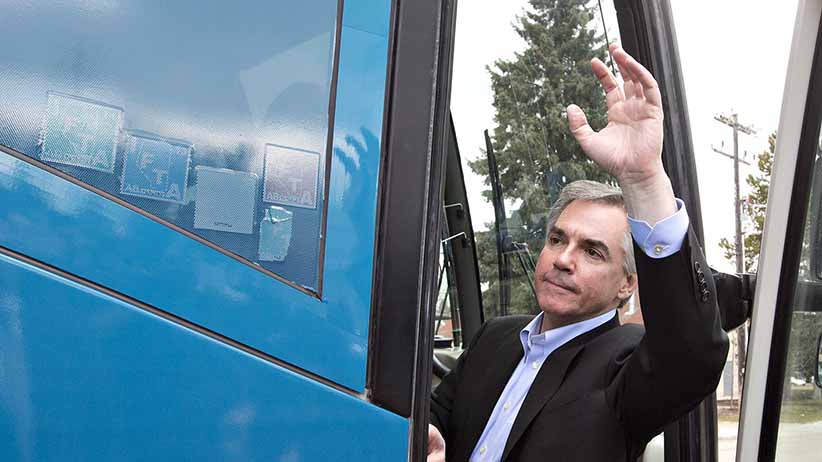 Senate officials are expected to appear in an Ottawa courtroom today to explain some of the chamber’s rules on the second day of one of the most heavily covered Canadian court cases in years. Suspended senator Mike Duffy stands accused of 31 counts of fraud, bribery and breach of trust and pleaded not guilty to them all on the opening day of his trial.

The Toronto Symphony Orchestra says Rachmaninoff’s Piano Concerto No. 2 will not be performed tonight and Thursday after it cancelled performances by a Ukrainian-born pianist. The TSO had said Toronto pianist Stewart Goodyear would play the Rachmaninoff piece after Valentina Lisitsa was told her appearance was cancelled due to “offensive, intolerant comments” she made on social media. But on his Facebook fan page, Goodyear says he has been “bullied into declining this engagement.”

CAMPAIGN REVS UP FOR MAY 5 ALBERTA ELECTION

Alberta Premier Jim Prentice has dropped the writ for a May 5 election, saying his plan to wean the province from its dependence on oil revenues demands an endorsement from the people. Prentice will appear today in Grande Cache, Edmonton, Ponoka and Lacombe. NDP Leader Rachel Notley will open her campaign at rallies in Calgary and Lethbridge. Wildrose Leader Brian Jean hopscotches visits Calgary, Kananaskis and Spruce Grove.

Eight poultry farms in southwestern Ontario are under quarantine as authorities try to contain an outbreak of a bird flu virus found on a turkey farm near Woodstock. The virus, of the H5 subtype, was found on one farm and officials said the other farms were quarantined because of their proximity to the affected farm. A Winnipeg lab was conducting tests to determine the subtype of the virus.

Baby boomers continue to drive sales in the luxury real estate market, upsizing their homes while also helping their Gen-Y offspring with home purchases, according to a new report. The study by Sotheby’s International Realty Canada, which involved interviews with leading realtors in specific markets, examined generational differences between buyers of luxury real estate in Toronto, Vancouver, Calgary and Montreal.

– Finance Minister Joe Oliver addresses the Economic Club of Canada in Toronto about the state of the Canadian economy.

– Capital Markets Technologies Inc. holds a conference call to discuss a proceeding against the province of P.E.I.