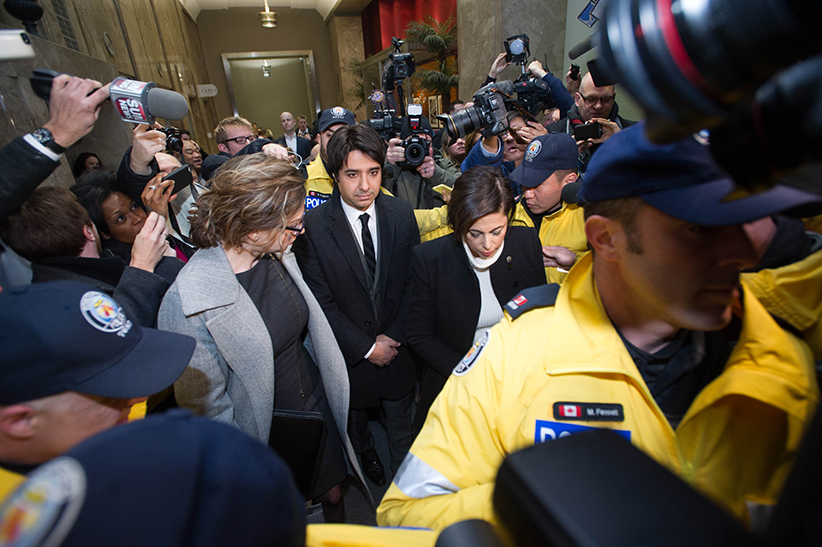 Indian Prime Minister Narendra Modi will leave Toronto and head to Vancouver today, where he will be joined by Prime Minister Stephen Harper and no fewer than 16 fellow Conservatives at various events. Thousands chanted “Modi, Modi” to welcome him to Toronto Wednesday night as he addressed an enthusiastic crowd in an arena.

The results of an independent probe into how the CBC handled the Jian Ghomeshi scandal are set to be released today. The inquiry was conducted by labour lawyer Janice Rubin. Ghomeshi, who was fired as host of “Q” in October, faces seven counts of sexual assault and one of overcoming resistance by choking.

ONTARIO MAN CONTINUES TO BE DETAINED IN EGYPT

The family of an ailing Mississauga, Ont., man detained in Egypt for more than a year is not yet being allowed to return to Canada. Khaled Al-Qazzaz’s family had said he had all of needed documents to leave Egypt and was expected in Toronto today. But late Wednesday, Al-Qazzaz’s brother-in-law said the family was stopped at Cairo’s airport and told they could not yet leave.

The Mike Duffy trial in Ottawa was scheduled to wrap up on June 19, but with only two witnesses called in the opening week, the finish line is being pushed back. With dozens of people expected to testify, Ontario court Justice Charles Vaillancourt said Wednesday that he doesn’t anticipate the trial ending within the allotted period.

Four of the five Canadian teams in the NHL playoffs were on the ice last night to begin their respective best-of-7 first-round series. Calgary edged Vancouver 2-1 and Montreal beat Ottawa 4-3. The fifth team, the Winnipeg Jets, begin their quest for the Stanley Cup tonight in Anaheim.

– Kantha Souvannarath and Randall Steven Shepherd appear in court charged with conspiracy to commit murder in connection with a planned attack on the Halifax Shopping Centre.

– Trial in Wetaskiwin, Alta., for Sawyer Robison, who is charged with the attempted murder of two Mounties at his family’s farm near Killam in February 2012.