April 23: Budget day in Ontario, a $525 million loan to Volkswagen, and dashed hopes for the Winnipeg Jets 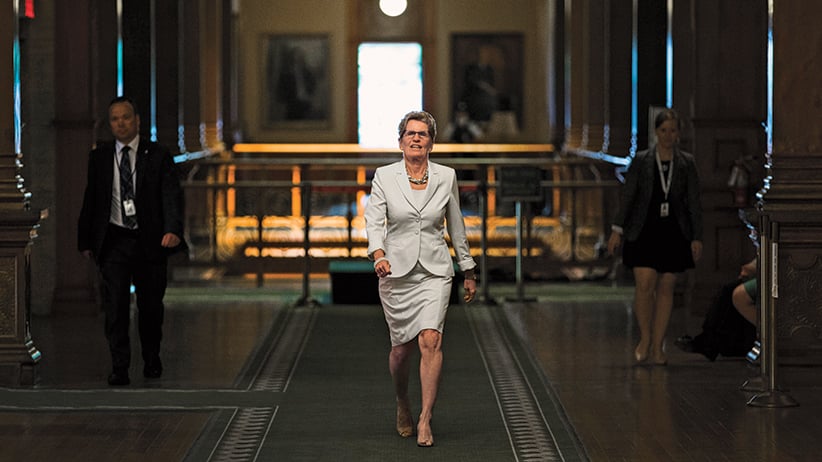 ONTARIO BUDGET TO FOCUS ON TRANSIT AND INFRASTRUCTURE

Today’s Ontario budget is expected to focus on the sales of Crown assets to pay for billions of dollars in new transit and infrastructure projects. The budget is also likely to include details of Ontario’s new provincial pension plan and the sale of beer in grocery stores. Premier Kathleen Wynne has also left the door open to tax hikes.

The RCMP may provide more information today about an apparent murder-suicide that has shocked the rural Saskatchewan community of Tisdale. They say a man killed a woman and her three children, then took a six-month baby and drove about 130 kilometres to Prince Albert. He then killed himself but spared the child.

Residents of a remote northern Ontario First Nation are to begin an evacuation today as the rising Albany River threatens the community. It’s the of fourth consecutive year Kashechewan – a community of 1,900 – will be evacuated. About 600 of the most vulnerable are to leave today and the remaining residents over the next week.

Export Development Canada is lending Germany’s Volkswagen Group 400 million euros in a move to boost sales by Canadian suppliers to the global auto giant. The financing, equivalent to about $525 million, is designed to create opportunities for small- and medium-sized Canadian firms to win new business with the automaker.

There will be plenty of long faces in Winnipeg today after the Jets lost their first-round Stanley Cup playoff series in four games. That leaves four Canadian cities in the hunt for the Cup, including Vancouver and Calgary. The Flames lead the series 3-1 entering tonight’s pivotal fifth game. Montreal also leads Ottawa 3-1 in their series, with Game Five on Friday.

– The family of Loretta Saunders is expected to speak a day after two people from Halifax pleaded guilty to killing the 26-year-old university student in 2014.

– A judge will render a verdict in the case of Montreal cab driver Guercy Edmond, who stood trial on four charges after he ran over a man.

– A verdict is expected for Jennifer Pawluck, who was charged for posting a photo online of graffiti showing a Montreal police commander with a bullet in his head.

– Prime Minister Stephen Harper will visit Winnipeg and will makes an announcement at FC Woodworks Inc.

– The Canadian Olympic Committee will host a one-day international roundtable in Toronto on LGBTQ inclusion in sport.