In the news today: Clinton dodges questions, and a commander is charged with sexual assault 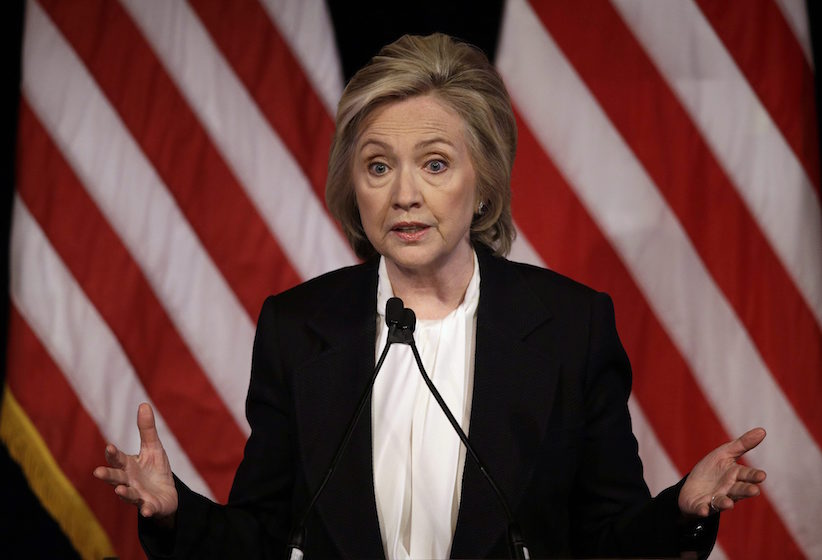 A town-hall spectator who elicited a headline-making non-answer from Hillary Clinton understands perfectly well why she dodged his question about Keystone XL. He understands the pipeline represents a political predicament for the Democratic front-runner. “There’s enormous pressure from both sides,” said Bruce Blodgett, a New Hampshire software developer whose question to Clinton produced news Tuesday across the U.S. and beyond.

The commander of one of the country’s most famous infantry battalions faces serious, sex-related charges, less than a week after the country’s new defence chief pledged to eradicate sexual misconduct in the military. Lt.-Col. Mason Stalker of the 1st Battalion, Princess Patricia’s Canadian Light Infantry has been charged with 10 offences including sexual assault, sexual exploitation and breach of trust. He has been suspended from his command assignment pending the outcome of the judicial process.

A terrorism trial tasked with deciding whether a B.C. couple was coerced into masterminding a deadly bomb plot has heard from a Mountie responsible for training undercover officers to pass as jihadi extremists. RCMP Const. Tarek Mokdad is an expert in Muslim extremism in the Middle East and helps undercover officers develop what he calls their “pedigree.” John Nuttall and Amanda Korody were found guilty last month of planning to set off homemade pressure-cooker bombs at the B.C. legislature grounds on Canada Day two years ago.

A self-proclaimed ambassador to Israel who was originally charged with assaulting police is pushing British Columbia’s Crown prosecution service to weigh criminal allegations, including kidnapping, against two Mounties. Andrew Fidler initially alleged 63 counts against three officers, including torture, arrest of an officiating clergyman, attack on the transport of an internationally protected person and crimes against humanity.

New Zealand police confirmed Wednesday that two bodies found in avalanche debris near a popular hiking track are those of two missing Canadian students. Police said a post-mortem conducted Wednesday confirmed the deceased were 23-year-old Montrealers Louis-Vincent Lessard and Etienne Lemieux. They were reported missing by their families on July 25.