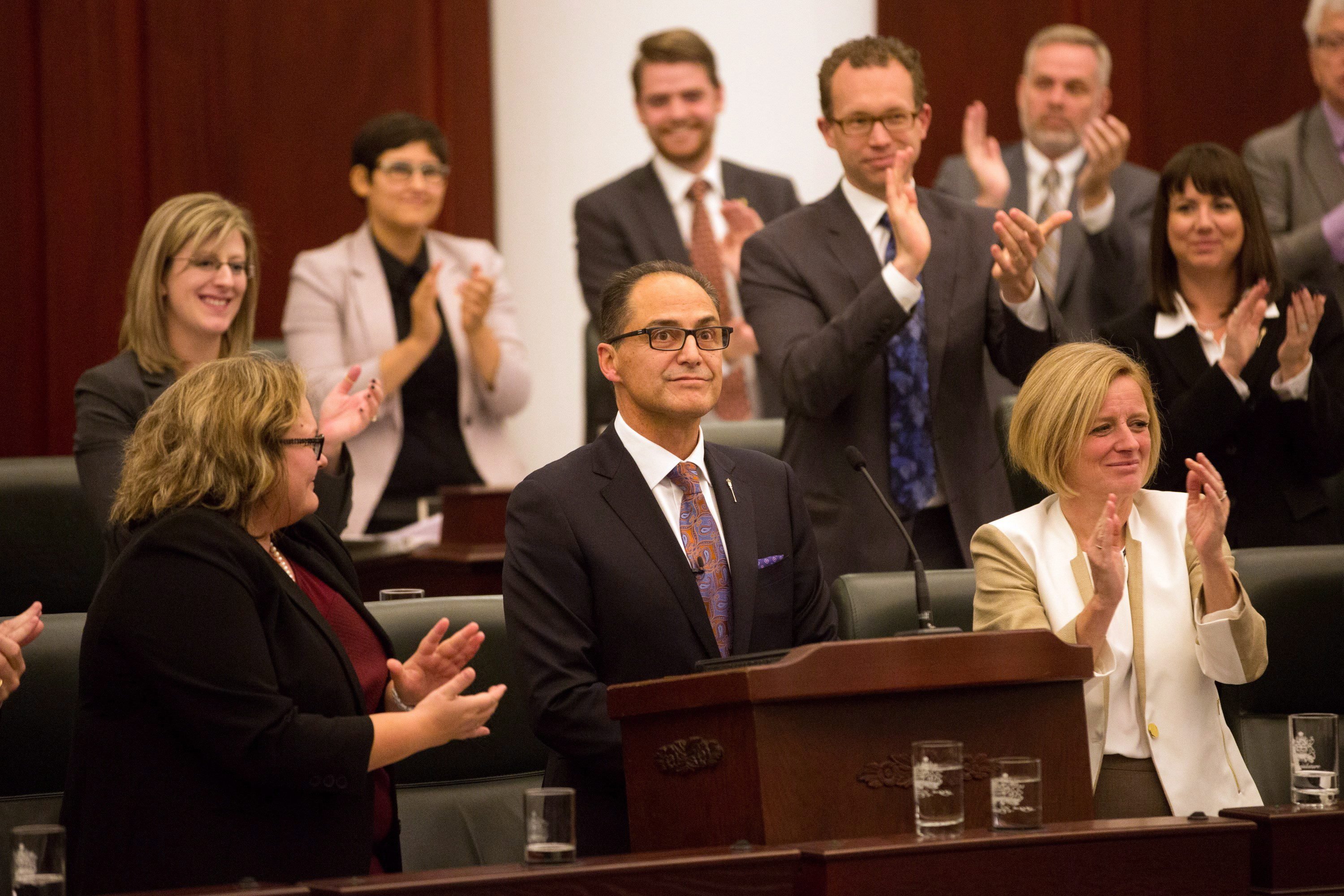 Premier Rachel Notley and her cabinet are fanning out today to sell the public on a controversial, landmark budget that ramps up construction but sends debt spiralling to unprecedented heights. Notley will be in Calgary to discuss construction of a new cancer centre. Infrastructure Minister Brian Mason and Health Minister Sarah Hoffman will be in Edmonton to discuss a raft of new health projects in the capital.

SENATOR PATRICK BRAZEAU TO BE SENTENCED

Senator Patrick Brazeau is to be sentenced today after pleading guilty to assault and cocaine charges in September. Brazeau pleaded to reduced charges of assault and possession of cocaine. The Crown says a more serious charge of sexual assault was dropped due to a lack of evidence.

One thing on which sovereigntists and federalists can agree some 20 years after the 1995 referendum is that the Quebec independence movement — in one form or another — will likely never go away. Prominent sovereigntists say their side —the Yes side — would have won if the federal government had stayed away and not tried to help the No campaign, particularly a controversial Unity Rally in Montreal three days before the Oct. 30, 1995 vote.

A study concludes a wildly inaccurate rumour flashed through social media in the panicked aftermath of the Boston Marathon bombings because police did not provide information on the suspects for days. The research report prepared for the Canadian government says identifying and refuting falsehoods early with clear and strong information is the best way to ensure truth wins out when terrorism or war strikes.

The country’s military ombudsman has found that National Defence is reluctant to conduct regular health assessments on reservists because over one-third of them have no family doctor. And if they’re sick it would be the department’s responsibility to care for them. Gary Walbourne’s latest report shows only four of the military’s 18 field ambulance units are conducting exams and that the vast majority of them are not properly equipped to carry out the job.