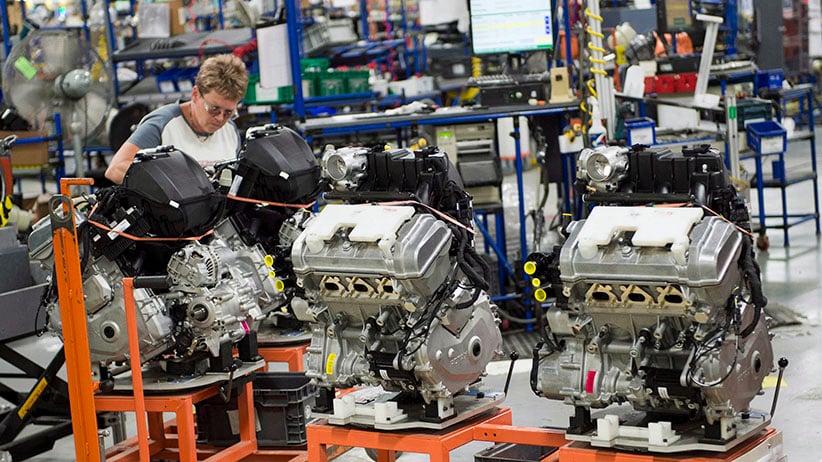 Bombardier has posted a US$4.9-billion loss for the third quarter, mostly tied to its CSeries and Learjet 85 aircraft programs. It also says the province of Quebec will invest US$1 billion in the CSeries program, which is about two years behind schedule. The investment community had widely expected that the Montreal-based company would have a weak quarter and receive financial assistance from its home province but details weren’t released until this morning.

A trial is set to continue today for a father charged in the death of his teenage daughter, whose charred body was found in a burning suitcase north of Toronto 21 years ago. Everton Biddersingh has been charged with first-degree murder in the death of his 17-year-old daughter Melonie. He has pleaded not guilty.

SUSPECT IN FATHER-DAUGHTER KILLING IN COURT

A man accused of killing a two-year-old Alberta girl and her father is due back in court today after a psychiatric assessment to determine if he’s fit to stand trial. Derek Saretzky, who’s 22, is charged with first-degree murder in the deaths of Hailey Dunbar-Blanchette and Terry Blanchette. Saretzky was arrested after Blanchette’s body was found in his Blairmore home in southwestern Alberta in September.

For a brief moment in history, Deepak Obhrai will be the man at the helm of the Conservative party caucus. The longtime Calgary MP happens to be the longest, continuously serving member of the caucus, and as such gets to run the party’s first post-election, post-Stephen Harper meeting next week.

A girl’s soccer team on northern Vancouver Island has been sidelined over media attention arising from the issue of salmon farming. The latest battle in B.C.’s fish farming feud is pitting a mom and her soccer playing daughter against the under-15 team’s sponsors.