In the news today: The PM and the premiers discuss climate change 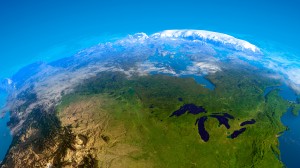 Prime Minister Justin Trudeau, along with Canada’s premiers and territorial leaders, will take the first steps today toward reversing Canada’s reputation as a laggard in the fight against climate change. One of the goals of the gathering near Ottawa _ the first such meeting in nearly seven years _ is to get Canada’s political leaders singing from the same song book on climate change in advance of next week’s global summit in Paris. Resettling Syrian refugees in Canada will be another pressing topic.

One of Mike Duffy’s closest friends is expected to continue his testimony today at the senator’s fraud trial. Gerald Donohue took in roughly $65,000 in taxpayer money over three years for a variety of contracts, directing the money through a firm owned by his wife and son. He also signed several cheques on behalf of the firm to other individuals and companies that Duffy wanted paid for Senate work _ including an intern, a makeup artist and speechwriters.

VOTERS HEAD TO POLLS IN N.W.T.

It’s general election day in the Northwest Territories. Under the territory’s consensus form of government, candidates run individually instead of under a party banner. The 19 winning candidates will meet after the election to choose a premier and cabinet. The N.W.T. is facing tough times. Low commodity prices and unsettled land claims have hurt the resource-driven economy, prompting growing demands for social and infrastructure spending.

Closing arguments are set to continue today at the trial of a Quebec man accused of killing his two children. Guy Turcotte’s lawyer has argued his client was a loving father who would not have killed his children unless he was suffering from mental illness. Turcotte has pleaded not guilty to two counts of first-degree murder in the stabbing deaths of his son, Olivier, 5, and his daughter Anne-Sophie, 3.

A bail hearing is scheduled today for a Montreal man arrested in connection with a YouTube video in which someone wearing a Joker mask said one Arab would be murdered in Quebec every week. Jesse Pelletier is face several charges, including uttering threats, possession of a false weapon and public incitement of hatred.