In the news today: Bill Morneau heads to Calgary to talk about the economy 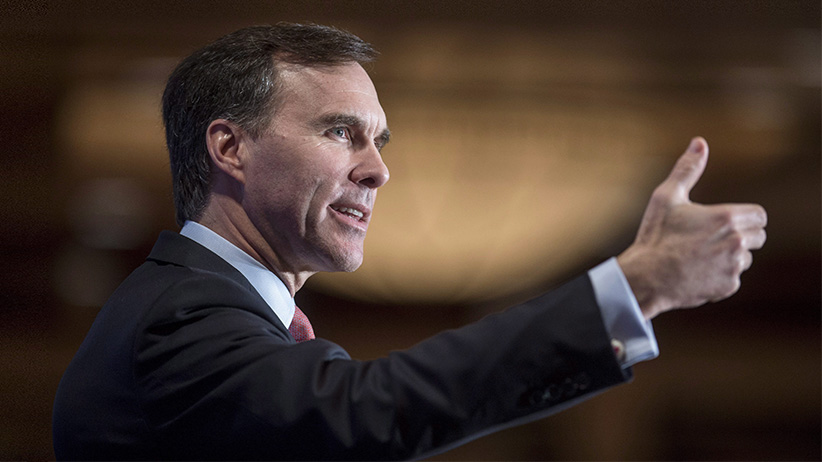 Finance Minister Bill Morneau visits the financial heart of the oilpatch today as he wraps up a week of pre-budget consultations. Morneau will meet with members of the Calgary Chamber of Commerce and leaders from the energy and environmental sectors as low oil prices continue to gnaw at Alberta’s economy. The finance minister has trumpeted the Liberal government’s stimulus spending plan in the face of falling crude prices and a loonie that dropped below the 70-cent US mark this week.

PAROLE ELIGIBILITY TO BE SET FOR TURCOTTE

A Quebec court will set parole eligibility today for a man convicted of second degree murder in the stabbing death of his two children. The second degree murder conviction carries an automatic life sentence for Guy Turcotte, but the court has latitude in deciding parole. Turcotte has appealed the verdict and is seeking a new trial.

Twelve horses have perished in a barn fire in the second such tragedy to hit southern Ontario this month. The horses died late Thursday at a private farm in Mount Forest, Ont., northwest of Guelph. This fire follows a devastating blaze on Jan. 4, in which 43 standardbred horses perished in a stable fire at the Classy Lane Stables in Puslinch. Investigators were expected to be on the scene this morning to begin looking for the cause of the blaze.

HUNTERS TO GATHER AT TROPHY-HUNTING SHOW

Some animal rights activists are vowing to protest plans to stage an African trophy hunting show in the Toronto-area this weekend. African Events Canada, the organizer of The Africa Show, says the event offers Canadians the chance book trips where they can hunt animals such as lions, elephants and hippopotamuses. But the group Animal Justice calls trophy hunting a cruel and outdated practice that should be stopped.