March 11: Ezra Levant to appear at Sen. Mike Duffy's trial, a push for more funding to combat ebola, and Shad takes over Q 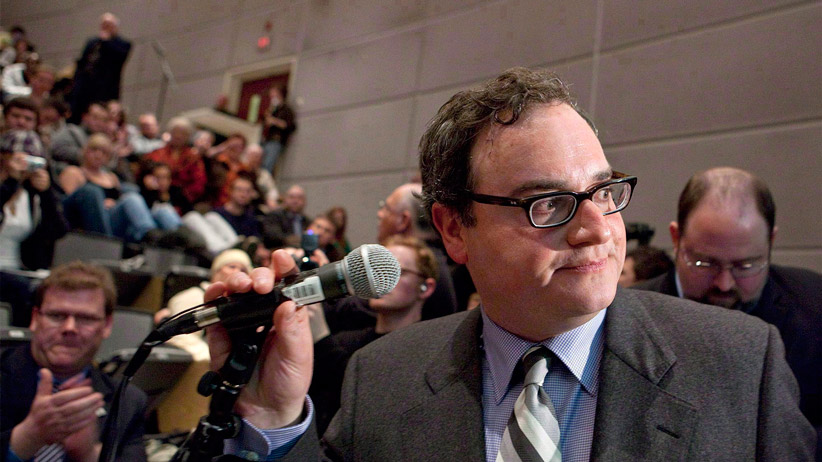 Ezra Levant and Sen. Mike Duffy have appeared on each other’s talk shows over the years _ now they’ll both be featured in one of the year’s most-watched courtroom dramas. Levant, the provocative political commentator formerly of Sun News, has confirmed to The Canadian Press that he has been subpoenaed to testify at Duffy’s fraud and bribery trial that begins in Ottawa on April 7.

The United Nations wants Canada to contribute another $25 million to $50 million to help the international efforts to eliminate Ebola in West Africa.That’s because while great progress has been made in slowing Ebola’s outbreak, it needs to be fully eliminated in the human population to prevent it from flaring up again.

As one of Hong Kong’s leading democracy advocates, Martin Lee says he’s not surprised when the Chinese government tries to shut him up. “This happens to me every time I travel,” the 76-year-old Lee told The Canadian Press over the phone before he boarded a plane out of Ottawa late Tuesday afternoon. He had earlier appeared as planned before the Commons foreign affairs committee to brief members on the embattled democracy movement in Hong Kong.

An Toronto-area woman who ordered a hit on her parents only to have her father survive is seeking to have her convictions overturned. Jennifer Pan, 28, was found guilty in December of first-degree murder and attempted murder in the 2010 attack that left her mother dead and her father fighting for his life.

The CBC has selected rapper Shad as the new host of its cultural affairs radio show Q, which was helmed by Jian Ghomeshi until he was fired last year. The broadcaster said the Juno Award winning artist was selected after an “exhaustive search” involving more than 200 candidates. Ghomeshi was fired last October and later charged with seven counts of sexual assault and one of overcoming resistance by choking.