Five stories in the news today

May 13: The Parti Quebecois leadership race, kicking a coal habit, and end of a Mad Men era 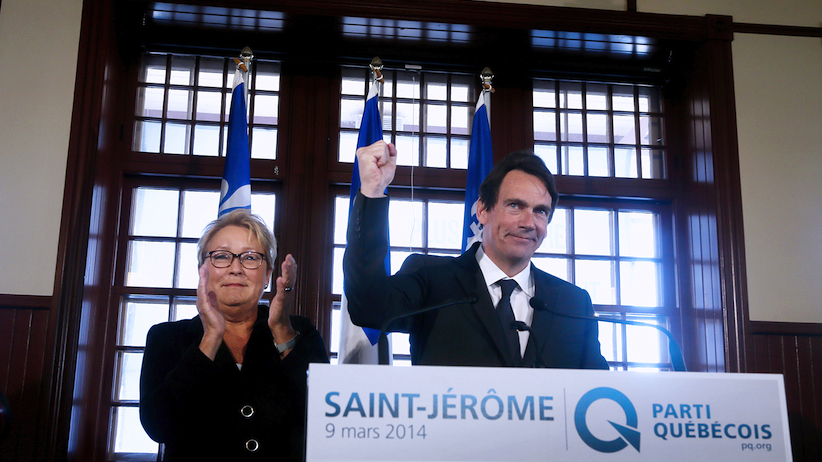 Voting begins today in the Parti Quebecois leadership race to find a permanent successor to Pauline Marois. Party members have until Friday evening to vote for either Pierre Karl Peladeau, Alexandre Cloutier or Martine Ouellet. If none of them gets 50 per cent of the ballots on Friday, a second round of voting featuring the top two finishers will be held next week.

Ontario patients and family caregivers will get more control over the types of home and community care services they can access under a new program being unveiled today. The Canadian Press has learned Health Minister Eric Hoskins will announce details of a self-directed funding program today for patients needing care at home.

The New Democrat’s election victory in Alberta has raised the possibility of big changes for the future of coal in the province. Premier-designate Rachel Notley has yet to comment on the issue since being elected, but she has long been a vocal critic of the province’s reliance on coal-fired power plants. Coal supplied about 54 per cent of Alberta’s energy demands last year.

The scraps of bankrupt Nortel Networks, once considered the powerhouse of Canada’s tech sector, will be split between the various subsidiaries it once operated around the world. Documents filed with a U.S. bankruptcy court in Delaware and the Ontario Superior Court say US$7.3 billion of former Nortel assets will be divided on a pro rata basis between Nortel’s various international units.

EXPERTS SAY THE ‘MAD MEN’ ERA IS GONE FOR GOOD

As the critically lauded cable series “Mad Men” approaches its finale on Sunday, Canada’s own ad men and women say the world of Don Draper and Peggy Olson is gone for good. Social change has done away with the liquid lunches and casual chauvinism the show depicts as cornerstones of the 1960s advertising industry. Advertising instructor Michael Rosen says the industry itself has shifted in other more subtle ways.

– Prime Minister Stephen Harper will participate in a roundtable in Windsor, Ont. He will be joined by Diane Finley, minister of public works and government services, and Jeff Watson, MP for Essex.

– An ombudsman’s report on seniors care in Saskatchewan will be released in Regina.

– An inquest continues in Sain John into the death of psychiatric patient Serena Perry, 22, who died on Feb. 14, 2012, while a patient at the Saint John Regional Hospital.