Five things we know about the 'Lone Wolf' Tenor

Remigio Pereira, one of The Tenors, seems to believe the earth is flat—and posts links about Alzheimer's and fluoride 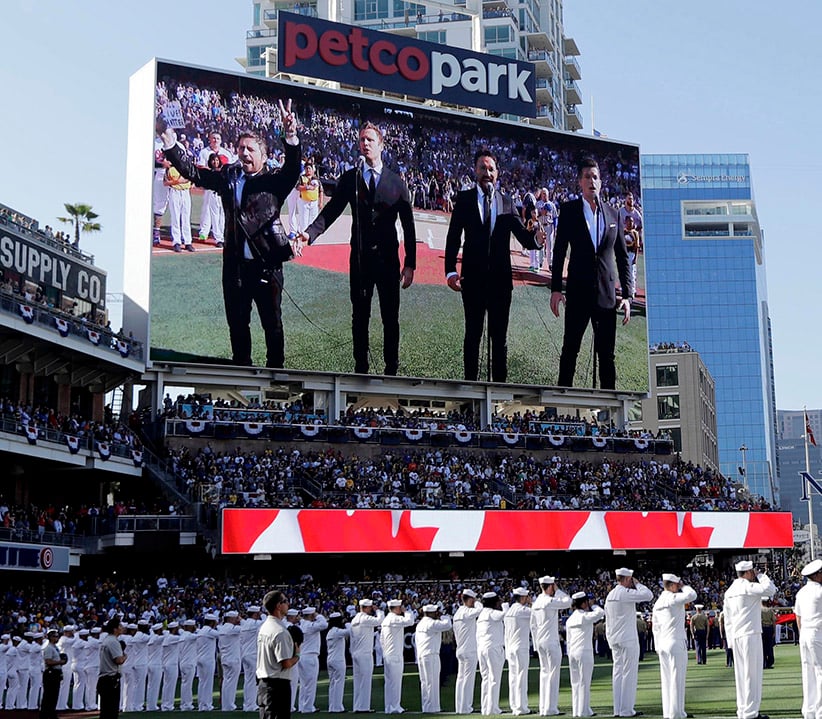 In this Tuesday, July 12, 2016 file photo, The Tenors, shown on the scoreboard, perform during the Canadian National Anthem prior to the MLB baseball All-Star Game, in San Diego. A member of a Canadian singing quartet changed a lyric in his country’s national anthem and held up a sign proclaiming “All Lives Matter” during a pregame performance at the 87th All-Star Game on Tuesday. The Tenors, a group based in British Columbia, caused a stir at Petco Park with Remigio Pereira’s actions while singing “O Canada.” (Gregory Bull/AP)

Remigio Pereira shocked and angered many when he inserted the words “all lives matter” into the lyrics of O Canada at the opening of the Major League Baseball All-Star game in San Diego on Tuesday. The phrase “all lives matter” has emerged as a dismissive, often racially charged response to the Black Lives Matter movement gaining momentum across the United States and Canada.

Here’s what we know about Pereira (he did not return a request for comment on this article):

1. Pereira has played with the high-profile group The Tenors for years. He has been part of The Tenors since they were formed in 2007 — although The Tenors did release a statement saying he wouldn’t be performing with them until further notice. The Tenors have performed over 500 times, on five continents, including at high-profile events like the 2014 Stanley Cup Finals, the opening ceremonies of the 2010 Vancouver Olympics, and the Queen’s 2012 Diamond Jubilee at Windsor Castle. The Tenors have also performed at private events for heads of state around the world, which is a commentary on both their popularity and their (until now) relative blandness — edgy political acts tend not to be the choice for heads of state.

Pereira has recently embarked on a side project with Pavlo Simtikidis, a Toronto-based guitarist. The two released the album Guitarradas in 2015 and have a nine-show tour scheduled to start in September 2016.

MORE: The Tenors remind us that ‘All Lives Matter’ is unhelpful at best

2. He may not have been born here, but he grew up Canadian. Pereira was born in Boston to Portuguese parents but he moved to Ottawa before he was six months old. He dreamed of playing in the NHL as a boy, but he was injured as a teenager and focused his efforts on music instead, according to the MetroWest Daily News. He was accepted into Le Conservatoire du Quebec at 23 where he studied classical guitar and vocals and began singing with professional opera companies.

3. He appears to believe the earth is flat. Pereira regularly posts about a variety of conspiracy theories: from the idea that the earth is flat to the contention that pharmaceutical companies are murdering naturopaths.

Here he is on the earth being flat; in other posts, he’s mentioned Eric Dubay, a minor YouTube celebrity known for his flat earth videos. 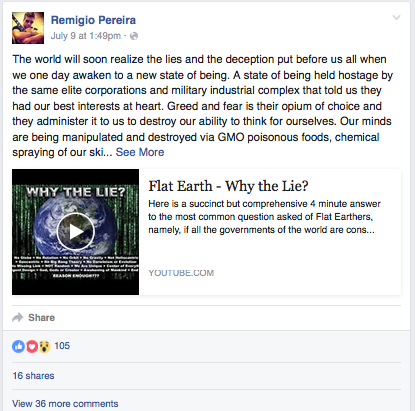 Here, he suggests that naturopaths are being murdered: 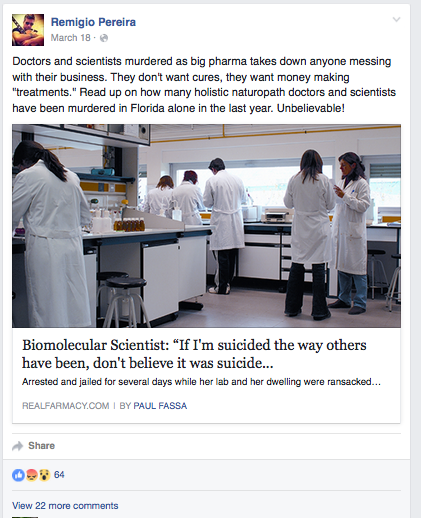 4. He has other questionable opinions about medicine and science. On Facebook, he has posted links to dubious sources claiming that naturopathic medicine, in this case cannabis oil, can cure cancer. 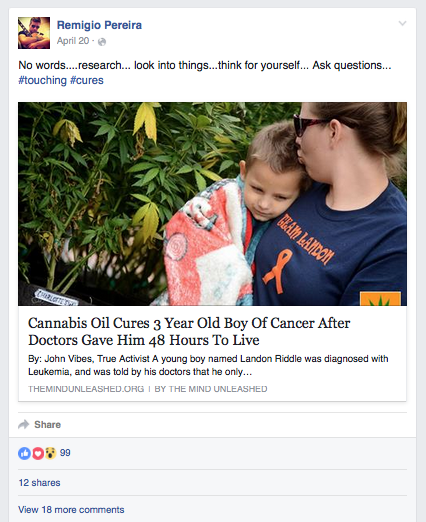 And here he is on the link between fluoride and Alzheimer’s. 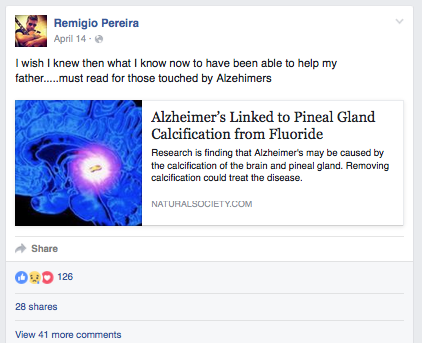 5. Though many have accused him of being racist, it is unlikely he sees himself that way. A lot of his posts include a new-agey universalism arguing that all humans are part of one great family, regardless of religious, ethnic or socioeconomic divisions, and suggesting a vague spirituality as a panacea. Here’s a post calling for universal love: 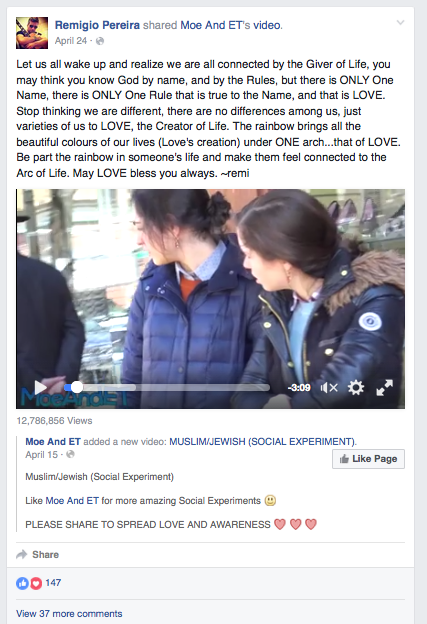