For longshot cities, bidding on Amazon HQ was never really about Amazon

Laugh if you wish at Winnipeg and Hamilton, but they got everything they could ask from a continent-wide beauty contest 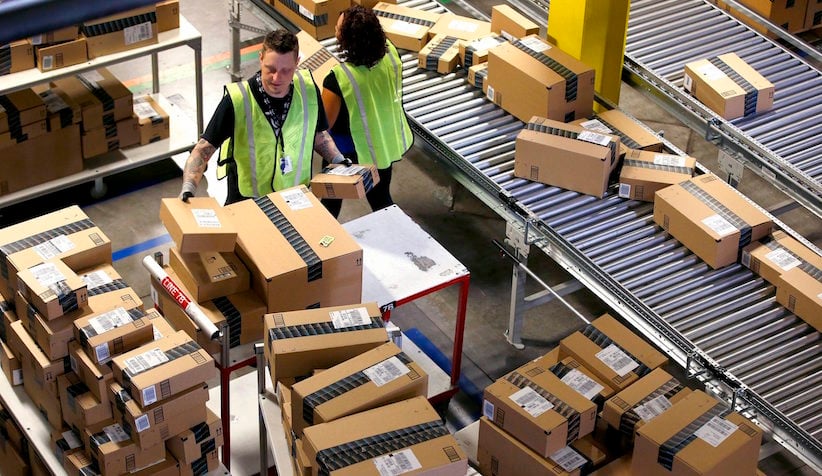 Amazon wanted a second headquarters in a metro area with at least a million people, a vast pool of tech workers, a substantial transit system and a major international airport. None of that describes Winnipeg. Yet Winnipeg put its resumé on the 238-city pile of CVs the tech giant had anyway, and Thursday brought the inevitable word that Winnipeg didn’t make the cut—nor did every Canadian city that raised hopes other than Toronto, which sits with 19 U.S. cities on the HQ2 shortlist.

Winnipeg tweeted a video of a former Blue Bomber football player getting the aw-shucks news from an Amazon Alexa device, a reprise of the city’s original bid video in which he squired Alexa around town, boasting cheap housing and nonexistent traffic and, oh, did you know that Skip the Dishes food delivery app is based here? For a sense of how seriously Economic Development Winnipeg and “Team Manitoba” took their chances, consider that the recently posted video and October’s were shot on the same day last fall.

Sure, there were boosters in mid-size cities who were upset they didn’t get Willy Wonka’s Golden Ticket, but the civic agencies who did the actual boosting had already worked losing into their bid strategies. There was some sleight of hand—many cities made flashy pitches directly to Amazon, but that wasn’t their real audience. Hamilton, Winnipeg, Calgary, and other longshot cities were really hoping other companies might pay attention, too.

WATCH: Toronto is the only Canadian city on Amazon HQ2 short list

Winnipeg’s little flirtation with Alexa landed it on the the front page of the Seattle Times, and brought 70,000 visits to the development agency’s website, president Dayna Spiring says. That doesn’t land them 50,000 Amazon jobs, but maybe it attracts a more plausible candidate (Skip the Dishes-sized, perhaps) to inquire about office space. “We have big companies in Winnipeg using that bid to try attracting talent and people to move to Winnipeg,” she says. “It’s a bid that has served a number of purposes.”

For a city whose hopes clearly paled next to its perennial much-bigger brother, Toronto, Hamilton sunk a hefty sum into luring the king of e-retailers. It was nearly half a million dollars into its bid, but much of that was for marketing that hopefully outlives this campaign. They launched a campaign with the tagline “Unstoppable,” and will stick with it, backed by the assets it showed off to Amazon.

“We actually positioned this whole effort to go beyond Amazon,” Mayor Fred Eisenberger told 900 CHML. “It’s a new marketing effort… an opportunity for us to show the confidence we have in our city, and let people know that there’s more out there for investors to invest in.”

RELATED: We want Amazon, Jeff Bezos. Or is it best to just call you ‘Christ Almighty’?

Sault Ste. Marie, Ont., Halifax and Ontario’s Simcoe County also hung out their shingles, ostensibly for Amazon but in reality for the publicity that others might see. “It’s on to other projects and I think it’s going to help us win other things,” Halifax Mayor Mike Savage told CBC.

Canadian cities were never really in the competition, because they weren’t offering the incentives American peers use in the cutthroat game of economic development—wage subsidies, special infrastructure and billions in incentives. As such, it’s impressive that Toronto is still in the running at all, though Prime Minister Justin Trudeau himself reminded Amazon that, up here, one incentive is not having to pay for private medical insurance.

Calgary made the Seattle Times, too, but paid its way into the paper’s pages. Canada’s Petroleum City, looking to diversify into tech, waged guerrilla marketing that said Calgary would fight a bear for Amazon. Long before the city was declared out of the running, Mary Moran of Calgary Economic Development was declaring success: through the media buy and news stories, the campaign reached 150 million people. Hopefully, the idea goes, a decent number were business folk intrigued by the city’s young workforce and ample supply of unoccupied downtown office space. Moran says she realized the huge attention on Amazon’s massive public sweepstakes. There was opportunity for spin-off effects, leverage and other buzzwords economic development officers like to use when they don’t achieve the mission’s overt goal.

“We were spending that money in marketing anyway, so why not put it all in to maximize the reach we would get?” Moran says. It’s all an extension of the rebranding efforts the city needs in the world without US$80 barrels of oil; on Thursday, she admitted to Global News the city needs a more tech-ready labour force to properly pivot. “We have the engineers of yesterday, not tomorrow,” she said, in a moment of not-your-typical economic development boosterism.

Calgary’s gimmicky pitch might land it onto the shortlist of pluckiest bidders, alongside the Georgia city that offered to rename itself Amazon and the Arizona city that sent a giant cactus to Amazon’s base in Seattle. Tucson got headlines not only when they shipped it, but when Amazon rejected the gift and donated it to a desert museum and botanical garden. Mission accomplished, a Tucson bid spokeswoman declared four months before the shortlist came out, “to be bold and creative in sending a message of ‘we have room to grow here for the long term.'”

Most cities that made the shortlist were playing for keeps, not for publicity, and kept their bid to Amazon a secret. That includes Indianapolis, one of the smaller metropolises in the next round. “No matter what the final decision may be, Indianapolis is already a big winner,” Mayor Joe Hogsett declared. Like many in Toronto now, he realizes this is probably as far as his city will go against Boston or Atlanta or Washington, D.C., and will revel in this nod to a viable tech hub that can attract—well, if not Amazon—some other company that matters.