Nicola Peffers: 'The culture was one of abuse, discrimination, bullying and harassment.' 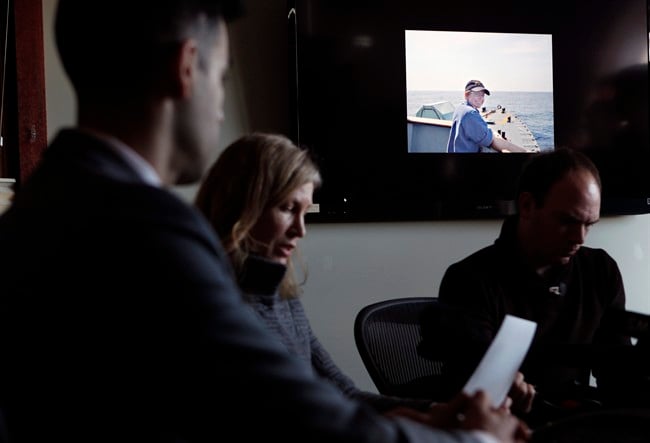 VICTORIA – A former sailor says she is launching a proposed class-action lawsuit to change the culture of harassment and abuse in the Canadian Armed Forces after the military rejected her complaints of unwanted sexual advances by a superior.

Nicola Peffers said in a statement of claim that female and lesbian, gay, bisexual and transgender members of the Canadian Forces are routinely subjected to sexual harassment and abuse.

Peffers, 34, said Monday in a conference call from Germany that she did not receive protection or justice after directing her complaints about fear tactics, sexual advances and abuse to senior officials in the Canadian Forces.

Her lawyers sat at a news conference in Victoria as the woman spoke on the phone and said she joined the navy nine years ago to serve and become part of the world’s greater good.

However, she left in 2012 after complaints of harassment and sexual assault were not properly investigated or dealt with, she said.

Peffers was based at Canadian Forces Esquimalt near Victoria and served on frigates.

Peffers said when she failed to comply with the sexual demands of one of her superiors she faced retaliation and professional repercussions.

“The culture of the Forces tried to strip me of my dignity and my humanity and spat me out when I would not let that happen,” she said. “I reported complaints through all the proper channels. I did not receive justice.”

Her lawyers told the news conference they expect hundreds and perhaps thousands of military members to join the class action, which seeks to compensate alleged victims and change the culture of the Canadian Forces.

“It is unfair to ask Forces members to protect us if they need every ounce of their courage to survive discrimination and abuse, harassment and assault inflicted by their peers and superiors,” said lawyer Natalie Foley.

Foley said attempts by the military to help and protect victims of harassment and abuse have been woefully inadequate.

The Department of National Defence said it is aware of the legal action and since the Attorney General of Canada has only recently seen the lawsuit, it is being reviewed to determine next steps.

Canada’s chief of defence staff said last week he was disappointed and angry after a Statistics Canada survey found a troubling number of sexual assaults and other misconduct among active service personnel in the military.

The findings included an estimated 960 men and women who said they were victims of sexual assaults in the last year, with some incidents occurring after Gen. Jonathan Vance gave an order for such behaviour to stop when he took over as chief in July 2015.