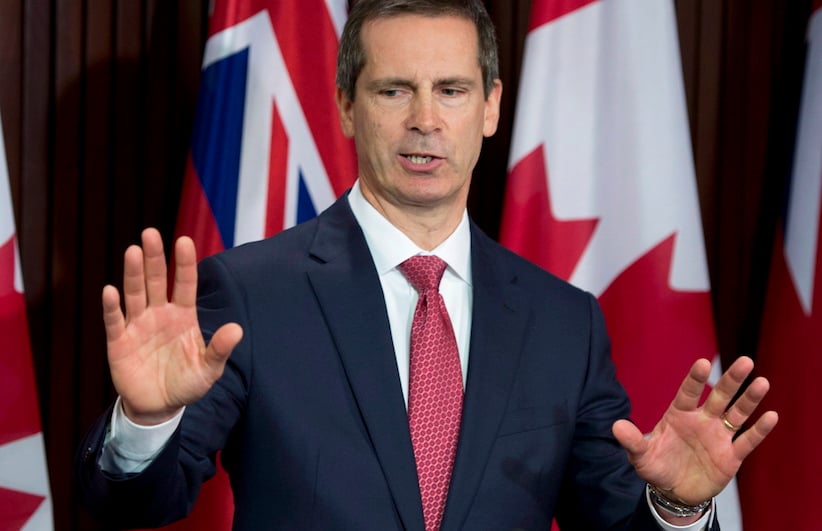 Former Ontario premier Dalton McGuinty answers media questions after appearing before the Special Committee on Justice Policy at the Ontario Legislature in Toronto on Tuesday May 7, 2012. THE CANADIAN PRESS/Frank Gunn

TORONTO — A former Ontario premier’s senior aide — who is facing criminal charges laid in connection with the destruction of government documents — is using a crowdsourcing website to try to raise $100,000 for her legal defence.

Laura Miller, who had been Dalton McGuinty’s deputy chief of staff, was charged last month with breach of trust and mischief over the deletion of emails relating to the Liberal’s decision to cancel two gas-fired electrical generating stations prior to the 2011 election.

McGuinty’s former chief of staff, David Livingston, was charged with the same offences.

Police alleged in court documents that Livingston and Miller hired Miller’s partner, Peter Faist _ a computer expert under contract to the Ontario Liberal Party _ who was given a special password by Livingston to wipe clean about 20 hard drives in the premier’s office.

Both Miller and Livingston have denied the charges, and Miller has hired high-profile Toronto lawyer Clayton Ruby to defend her.

Former deputy Ontario premier Dwight Duncan is among those who have contributed to Miller’s defence fund on fundrazr.com, which was launched Dec. 23.

“Please accept this contribution to your legal defence as reaffirmation of my view that you have been wrongly accused,” Duncan posted along with his $500 donation. “I have always known you to be a person of great integrity who has committed her life to public service.”

Miller said the once-private fundraising effort was created after friends and family offered to contribute to her legal defence, and had raised nearly $29,000 from 35 donors by midday Tuesday, including one anonymous contribution of $10,000.

“It was never intended to be a public campaign,” Miller said in an email to The Canadian Press. “I am deeply grateful for the kind notes of encouragement, the generous contributions in support, and everything in-between.”

Miller went to work for the British Columbia Liberals after McGuinty left office in February 2013, helping the party win the 2013 provincial election, but she quit her job as executive director of the B.C. party in December when the charges were laid.

“I can confirm that any contributions made to the private fundraising effort on Fundrazr are personal in nature, such as the contribution made by party president Sharon White,” B.C. Liberal party spokeswoman Jillian Stead said in an email.

Both Livingston and Miller are scheduled to make their first court appearances in Toronto on Jan. 27.

It was the Liberal government’s initial refusal to hand over gas plant documents to the Ontario legislature’s justice committee that sparked a contempt debate that eventually forced McGuinty to resign under a cloud of scandal. But police said the former premier was never the target of their investigation into the deleted gas plant emails.

Ontario’s auditor general determined that cancelling the gas plants in Mississauga and Oakville and building them elsewhere will cost ratepayers up to $1.1 billion, prompting the opposition parties to call the decision “an expensive Liberal seat-saver campaign.”

Premier Kathleen Wynne used the Liberal majority to shut down legislative committee hearings into the deleted documents last year before Miller and Faist could be called to face questions about the wiping of the hard drives in the premier’s office.