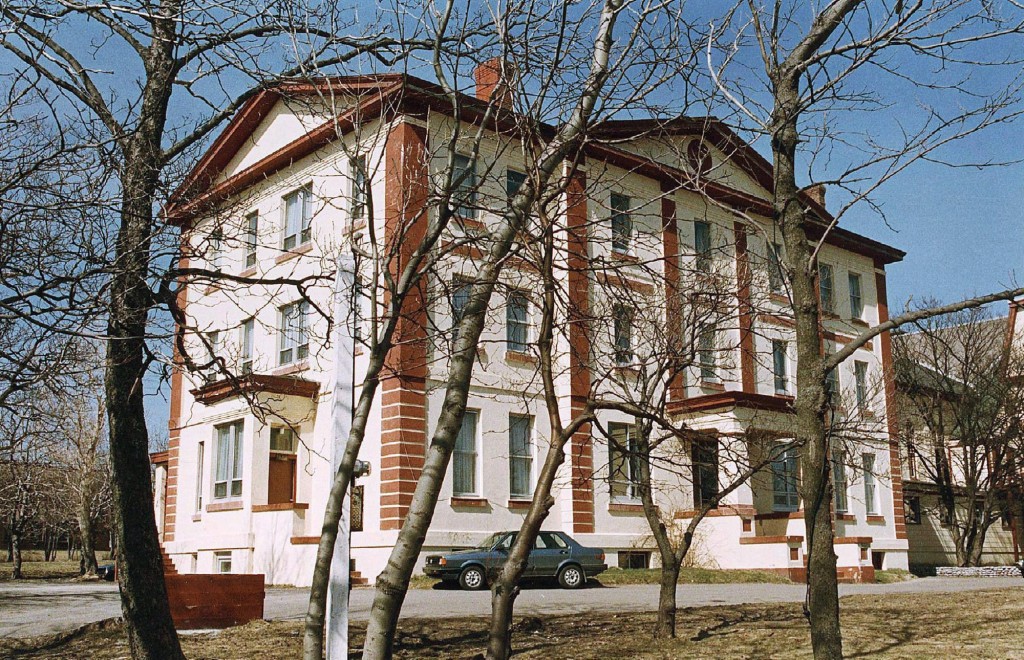 The Mount Cashel orphanage is shown in a 1989 photo. THE CANADIAN PRESS/Andrew Vaughan

ST. JOHN’S, N.L. – Long before the Boston scandal that inspired the award-winning movie “Spotlight,” men who once lived at the Mount Cashel orphanage in Newfoundland allege they endured horrific abuse ignored by church officials.

Their civil lawsuit will return to provincial Supreme Court Monday as they argue the Roman Catholic Episcopal Corp. of St. John’s should compensate them for incidents dating back to the 1940s.

“The archdiocese was negligent,” Geoff Budden, a lawyer representing about 60 claimants, said in an interview. “They knew or ought to have known that abuse was occurring and did not stop it from happening.

“The second thing we’re arguing is that by basic legal principles, they are responsible for the actions of the Christian Brothers who were really their agents in running Mount Cashel.”

About 20 more men represented by other firms could be affected by a decision expected later this year or early in 2017.

The Archdiocese of St. John’s denied Budden’s claims in an emailed statement.

“While the Archdiocese of St. John’s was never responsible for the operations of the orphanage or the school at Mount Cashel, we have great sympathy for those that suffered and continue to as a result,” it said. “The archdiocese remains focused on our daily work and service giving generously in the community, and promoting social justice.”

The claims mostly date back to the 1940s and 1950s – about 30 years before reports of other Mount Cashel abuses in the 1970s led to criminal convictions against several Irish Christian Brothers, the Roman Catholic order that opened the orphanage in 1898.

There was also a royal commission of inquiry starting in 1989 led by retired Ontario Supreme Court judge Samuel Hughes. It held hearings over 156 days on how justice and social welfare officials for years downplayed or hushed up Mount Cashel complaints.

The Christian Brothers were not clergy but took vows of celibacy, and for much of the last century wore religious habits. They were widely respected as influential community leaders known for good works and charitable causes.

The statement of claim filed on behalf of Budden’s clients back in 1999 originally named the Christian Brothers of Ireland Inc. as co-defendants. But the North American branch filed for bankruptcy after a barrage of court cases and settlements. Their assets were ultimately liquidated and distributed two years ago – including a $16.5 million settlement shared among about 420 claimants across North America, around 150 of them in Newfoundland.

Some of his clients in the ongoing lawsuit were paid from those funds, Budden confirmed.

“Our submission is it wasn’t adequate compensation for what happened to them.”

“They were abused in the orphanage. They suffered obviously not only the trauma of that, but while … most of the clients have led productive lives, they nevertheless believe the quality of their lives has in many, many ways been diminished by what they experienced as children.”

Four representative plaintiffs – now in their 70s and identified only as John Doe under terms of a publication ban – told their stories in court during the first phase of the trial earlier this spring.

The second phase scheduled over much of this month will hear from more former residents and students. Three psychologists, a psychiatrist and an economist are also set to testify about lasting effects, Budden said.

Compensation sought has not been specified and will depend on the client, he added.

“Two people can be abused in virtually identical ways but how it plays out in their lives can be very different.”

Mount Cashel was closed in 1990 and torn down two years later.