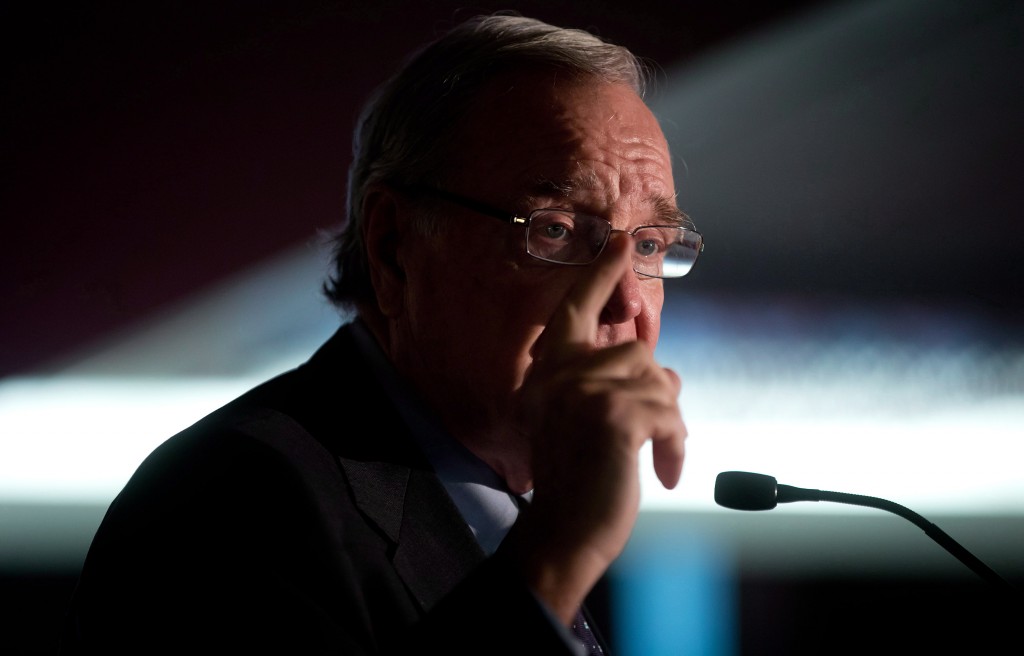 Former Canadian prime minister Paul Martin addresses the World Taxpayers Conference after being presented with the “Stop the Clock” award by the Canadian Taxpayers Federation in Vancouver, on Saturday May 31, 2014. The CTF said they honoured him for his role in the 1995 federal budget and the balanced budgets that followed. THE CANADIAN PRESS/Darryl Dyck

Martin offers that prescription for an international club that he helped to create, and that many, himself included, now find ailing, in a Tuesday night speech in Ottawa.

Martin was one of the driving forces behind the G20 in the late 1990s when he was Canada’s finance minister. Back then it was club for finance ministers, who were meeting to deal with what was then a financial crisis in Asia.

In 2008, world leaders took the G20 over and it became the world’s leading economic organization in the fight against the Great Recession.

After a handful of emergency leaders’ summits, the G20 became a permanent club in 2010 when then-Conservative prime minister Stephen Harper hosted it in Toronto.

Martin says the G20 needs to focus more broadly, to find a way to help UN humanitarian agencies on the front lines of world crises – the World Health Organization, the World Food Program and the High Commissioner for Refugees – get the money they need to help people.

“The fact is, with 60 million people now displaced worldwide, the UN’s humanitarian agencies are almost as starved for international support as are the people they are trying to help,” Martin says in prepared remarks to an international affairs conference hosted by the University of Ottawa.

Martin blamed the Ebola outbreak in West Africa in 2014 not on the WHO, which has been widely criticized for its inaction, but on the UN member countries that did not give it adequate funds.

“It was the fault of every UN country which failed to enable the WHO through better direction and increased funding, to track diseases over the long term,” Martin says.

Martin says he realizes that he’ll be accused of advocating “mission creep” by critics.

But he maintains the G20 doesn’t have the luxury of “dealing only with a self-defined portion of globalization.”

Martin says that since the 2008 recession the world now faces threats from terrorism, the spread of disease, climate change, food security and the mass migration of people. He says these are “pressing realities” for the world and no borders can withstand them.

He also says the new Liberal government’s foreign policy, with its emphasis on engaging with global organizations, leaves it well placed to lead the change.

Martin says Canada can help bridge divisions between the G20’s disparate members and reinforce the strength of the institution as it moves forward.