There's a gleaming new airport in the city that oil built. But step outside, and it's a wasteland of poor planning and low ambitions 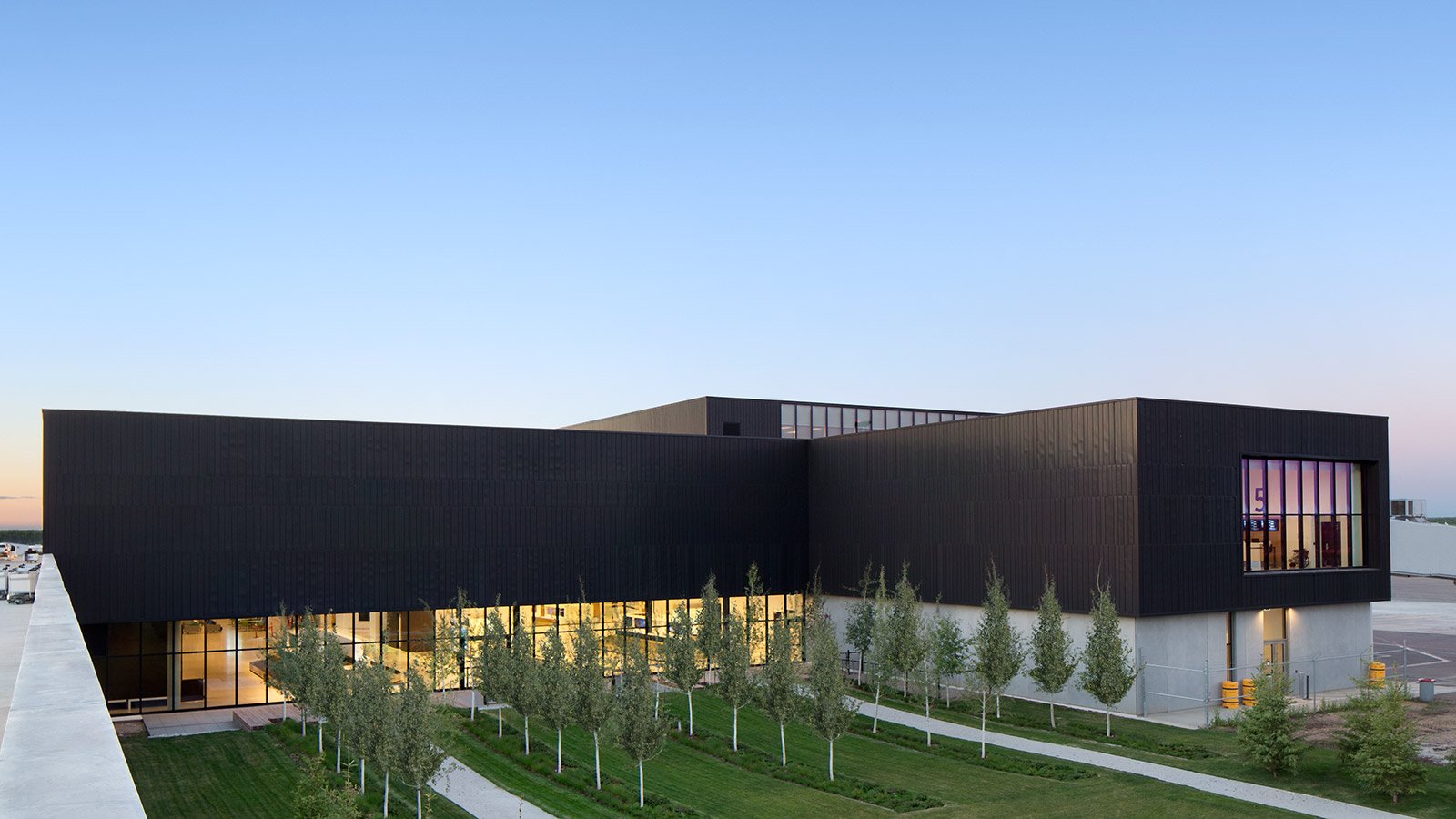 Fort McMurray has a bad reputation. En route from Montreal, a visitor is warned about the place: “There’s a lot of booze,” a knitting grandmother says, voice dropping to a whisper, “and drugs.” Boom towns and oil sands have unhealthy associations for good reasons, too. From the air, though, Alberta’s Fort McMurray isn’t Mordor; it looks like a lush valley where two rivers meet.

You get another surprise when you land at a fine new airport. It’s been years since the dinky ’80s terminal was able to handle the traffic, and the number of travellers went up 25 per cent last year, so the $258-million new building was badly needed. It opened in June. “The people coming today will never know how bad it was,” says airport authority CEO Scott Clement with justified pride. From the new terminal, you can see the old concrete blip across the runway and wonder.

The new building is a Nordic hunk by the B.C. firm of Mcfarlane Biggar Architects and Designers. It is full of the standard energy-efficient technologies, and the design is dominated by tanned steel panels and ceilings of blond pine recovered from B.C.’s infested forests. There’s even an elegant treed courtyard that will lead to a hotel, still to come. Departures and arrivals share an enormous hall, which makes for a refreshingly straightforward building compared to Toronto or Montreal’s labyrinths. The new airport is surprising; it feels thoughtful and expensive, like a physical statement of local ambition.

The impression barely survives a trip out the door. From the stupefying parking lot, the building represents Fort McMurray’s contradictions. The spirit that can build the best airport in the North, negotiate a new kind of infrastructure deal with the province to pay for highways, and govern a municipality bigger than Nova Scotia can’t build a garage. The city’s tourism CEO, Frank Creasy, explains that it “would have been too expensive.”

Even boom towns have budgets. But building a parking lot in which you could host the Olympics isn’t simply an economic decision. A functional airport doesn’t need German steel panels, either, but somebody decided they were worth the money. They are, and so is infrastructure to support density. But, for some reason, Fort McMurray, a best-case new town in Canada with the youngest population and the highest household income, is choosing to recreate the sprawl that others are desperately trying (some with more effort) to fix.

The current oil slump aside, the municipality’s population will double by 2030 and they will live in endless tracts of vinyl siding, cheap to build but not to buy; the average house price was $740,000 in 2012. These could be clones of Edmonton and Calgary’s metastasized suburbs, and this awful, low-density development is even more inappropriate for a northern town surrounded by muskeg and oil leases, where land is at a premium. It’s a waste of land, energy and money. There must be a better way and, if Fort McMoney can’t afford to find it, who can?

But it’s easier to copy a Scandinavian waste treatment plant that will heat greenhouses to grow lettuce, or to make the world’s biggest rec centre even bigger, or to plan a hockey arena that might one day encourage a developer to build downtown. These projects are achievements that confound Fort McMurray’s image as an overgrown work camp, sure, but they are easy pickings compared to the housing challenge. “People only want detached homes,” deputy mayor Allan Vinni explains, but this common sense evaporates when they are offered an alternative. Suddenly, he says, there are condo towers everywhere. Look at Calgary.

The new airport is built to a higher standard than the rest of Fort McMurray, but should the airport be the best building in a city? Vinni’s measure of success is that the average commute is “not as bad as Toronto.” This is the kind of ambition you’d expect from a depressed fishing village, not the nation’s boom town, not a place with the means to try things others only dream about. The new airport shows Fort McMurray can lead in the North—when they want. The municipality’s motto is, “We have the energy.” Wouldn’t it be ironic if they lacked the guts?