Fort McMurray: 'We are here. We are strong.'

Battle-weary town is slowly springing back to life

FORT MCMURRAY, Alta. — Residents returning to their homes in Fort McMurray are tackling smelly refrigerators and grass grown tall and infested with dandelions as the fire-scarred city slowly springs back to life.

A steady stream of traffic is moving into the northern Alberta oilsands hub as thousands who fled a wildfire a month ago return to see what’s left.

Fenton Lovell says he cried as he drove in and his eyes teared up again when he opened his fridge.

He’s getting the house cleaned and ready so his wife and twin babies can return from Newfoundland. After boosting the dead battery in his pickup truck, he grabbed a welcome kit out of his mailbox and put a sign reading “natural gas required” in his front window.

One of Mike Maloney’s first tasks was to mow the messy lawn in front of his home while his wife and three kids cleaned inside.

“Everybody’s happy but … it’s sad to see what did burn and some loss there. It’s tragic for those people. But I think, all in all, everybody will survive.”

People driving in on the only highway into the area have found the forest on both sides blackened about half an hour out of town. The devastation is apparent from the road just inside city limits and a strong smell of smoke hangs in the air.

Billboards that read “Safe Resilient Together” and “We Are Here. We Are Strong” greet people as they drive in. A huge Canadian flag hangs between the extended ladders of two fire trucks parked on a bridge over the road.

The fire destroyed 2,400 structures, nearly 10 per cent of the city, when it ripped through last month and forced more than 80,000 residents to flee.

Bob Couture, director of emergency management for the Wood Buffalo municipality, said he expects between 14,000 and 15,000 people to return Wednesday — the first day of what organizers have planned as a staged re-entry.

“It’s going to be an emotional event when we have those first cars pulling back into the community, because we can all remember when this community left on the evacuation. It was pretty dramatic, but now it’s going to be, hopefully, a joyous event,” Couture said Tuesday. 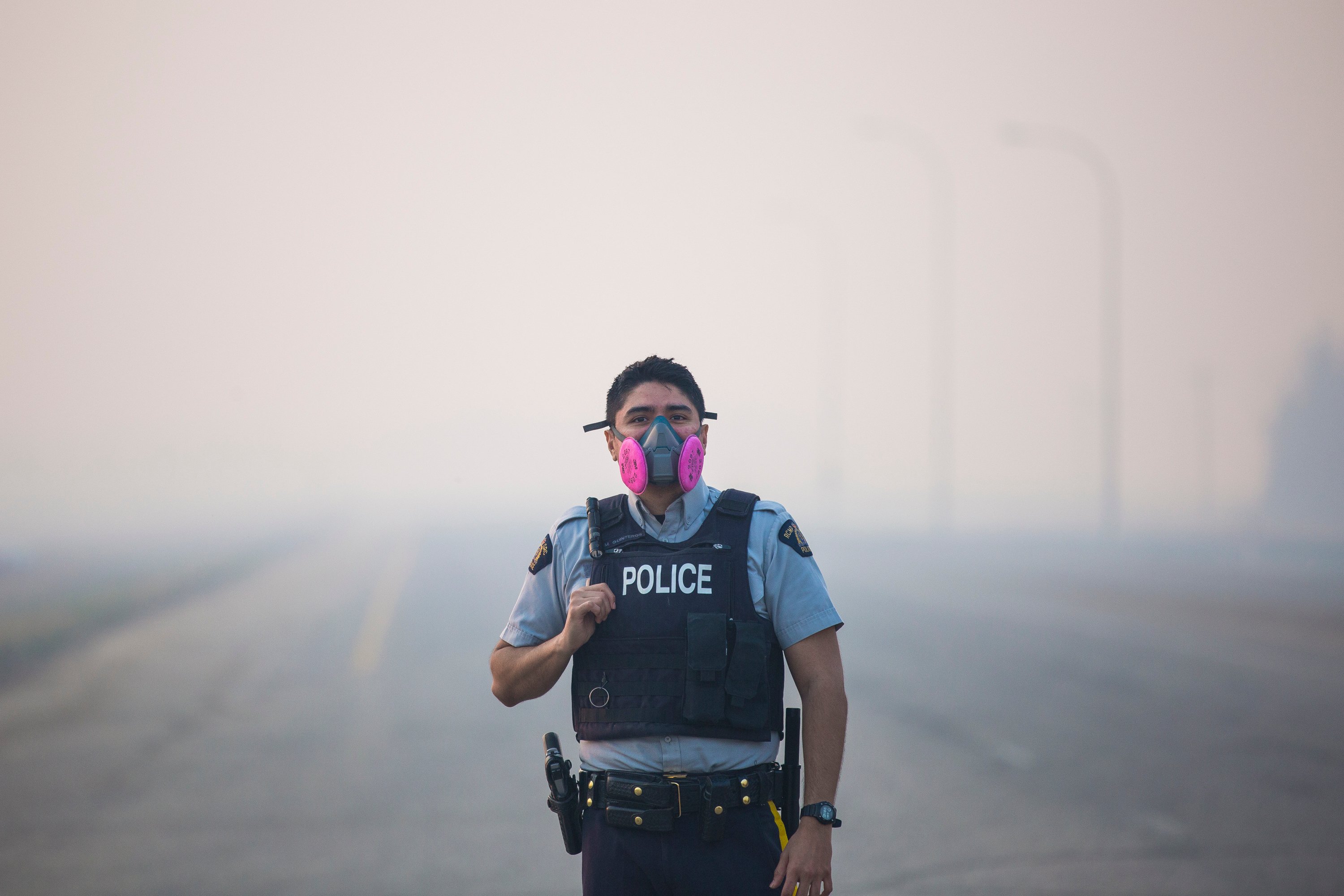 The Red Cross is prepared to bus in as many as 2,000 residents who don’t have their own cars. Donations to the relief agency sit at $112 million, but officials plan to update that figure this week.

Returning residents are being warned that it won’t be business as usual and to bring with them two weeks worth of food, water and prescription medication as crews continue to work to get basic services restored.

Crews have been working to get critical businesses such as banks, grocery stores and pharmacies running again. Supplies of some items may be limited in the beginning and the government says some things may need to be rationed.

“We would not do this if it was not safe to do so,” Couture said.

The re-entry is happening in phases this week. Only people in the Lower Townsite, Anzac, Fort McMurray First Nation and Gregoire Lake Estates are being allowed to come back on Wednesday.

The RCMP say they will have a helicopter in the air to monitor traffic and police kept a close watch on the speed of drivers as they headed home.

Alberta Premier Rachel Notley was planning to be in Fort McMurray when the first evacuees return.

“We’re still with them, and I think it’s really important that they hear that from us.” 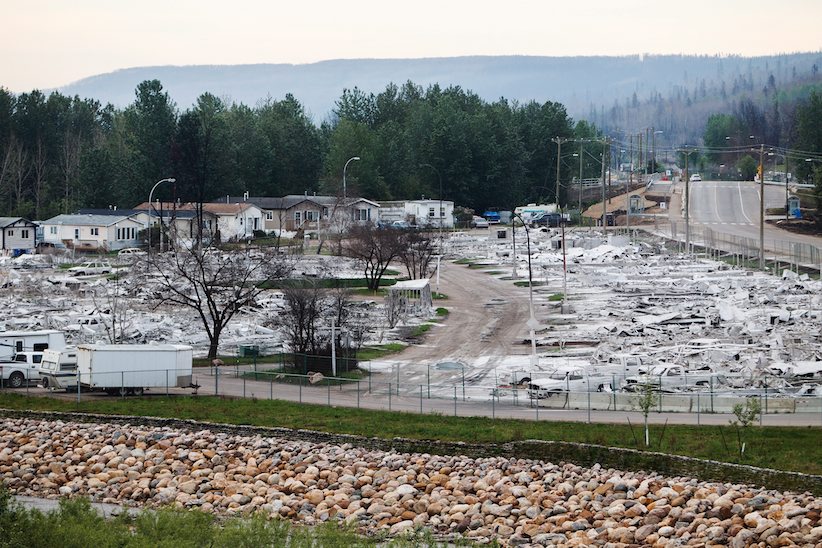 Devastation from the wildfire that tore through the city is seen as residents re-enter fire-ravaged Fort McMurray, Alta., on Wednesday, June 1, 2016. (Codie McLachlan, CP)