May 1: The 70th anniversary of the end of WWII, a wake for a Winnipeg murder victim, and Montreal's May Day parade 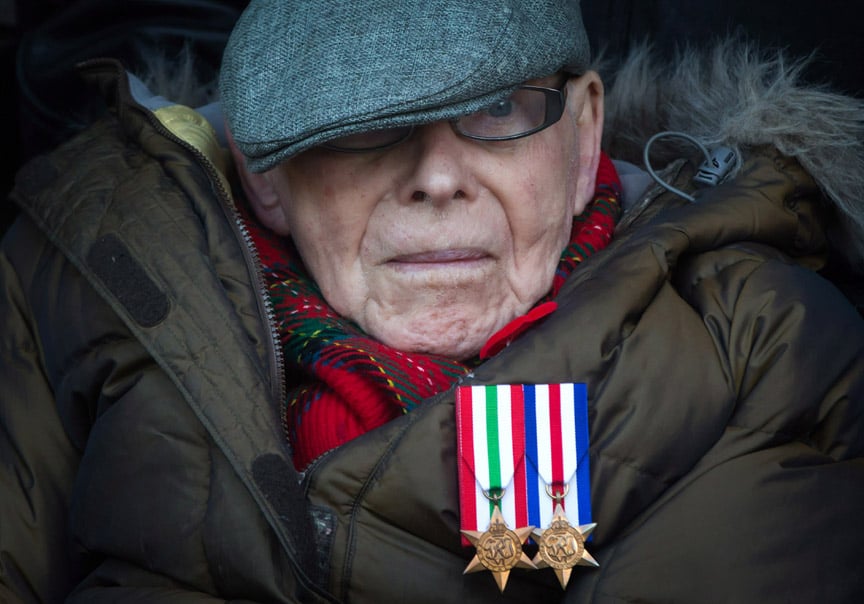 Prime Minister Stephen Harper heads to the Netherlands today to take part in events marking the 70th anniversary of the end of the Second World War in Europe. He will join some elderly veterans taking part in one last pilgrimage to a region Canadians fought to liberate in the waning days of the campaign in northwestern Europe.

A reserve under a boil-water advisory for the past 17 years has declared a state of emergency after the ferry connecting it to the outside world failed to pass inspection. The Shoal Lake 40 First Nation reserve straddles the Ontario-Manitoba border. Chief Erwin Redsky says that without the ferry, residents on the man-made island have no way to get groceries, bottled water or immediate medical attention.

A memorial for Miles Monias is being held today at a Winnipeg bus shelter where he was killed earlier this month. He was one three homeless men recently murdered in the city. About a dozen people attended a prayer service last night for victim Stony Bushie at the Aboriginal Funeral Chapel in Winnipeg.

An overwhelming majority of complaints filed under Nova Scotia’s anti-cyberbullying law have been resolved out of court, proof that it is working despite lingering criticism, supporters of the legislation say. Two years after it was passed in April 2013, the bill still faces criticism from legal experts who say it threatens freedom of expression.

– The annual anti-capitalist May Day protest is held in Montreal.

– A ceremony will be held in Halifax for the retirement of HMCS Iroquois, which has served the navy for nearly 43 years.