April 15: A visit from the Indian prime minister, a trial from the alleged mountie shooter, and a cyber attack on the National Research Council 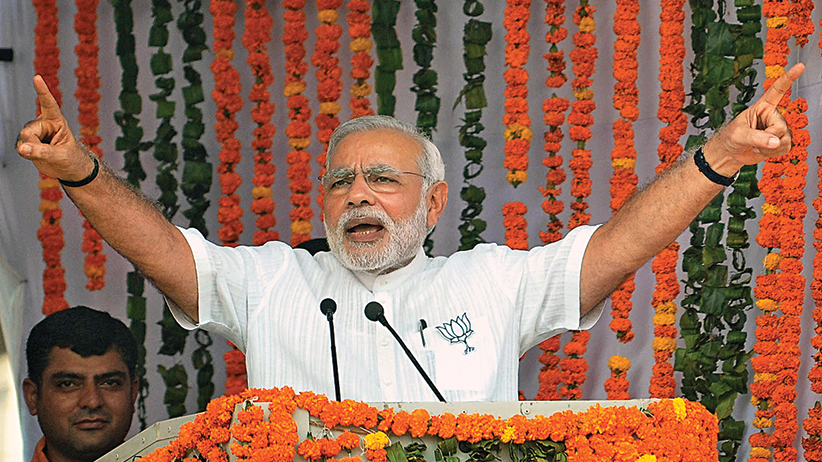 The prime minister of India meets with Gov. Gen. David Johnston in Ottawa this morning as he kicks off the first full day of his three-day Canadian visit. After meeting with Johnston at Rideau Hall, Narendra Modi holds talks with Prime Minister Stephen Harper before the two leaders head to Toronto.

Sen. Mike Duffy’s lawyer is expected to press his case again today that the suspended senator operated within a system with murky regulations and scant oversight. Duffy faces 31 charges of fraud, breach of trust and bribery. Since the trial began last Tuesday, defence lawyer Don Bayne has argued that Duffy followed the rules as they exist and, if anything, is only guilty of administrative errors.

A trial is to begin today in Westaskiwin, Alta., for a man charged with attempted murder in the shooting of two Mounties in rural Alberta. Sawyer Robison was arrested after a standoff on his family’s farm near Killam, southeast of Edmonton, three years ago. The 30-year-old also faces more than a dozen other charges.

Time stands still for no one, but that didn’t stop cyberattackers from trying to shut down a National Research Council service that synchronizes computer clocks. Records obtained under the Access to Information Act show the federal research council’s Network Time Protocol service was hit with two denial-of-service attacks last year.

– The Bank of Canada will release its decision on the overnight rate and its quarterly Monetary Policy Report.

– Statistics Canada will release the monthly survey of manufacturing for February.

– The University of Calgary will hold an event to mark the one-year anniversary of the date five students were stabbed to death at a house party.

– Members of the film industry plan a protest in Halifax over proposed change to the Nova Scotia government’s film tax credit.