In the news: Toddler's family asks for privacy; public gets chance to pay respects to Rob Ford 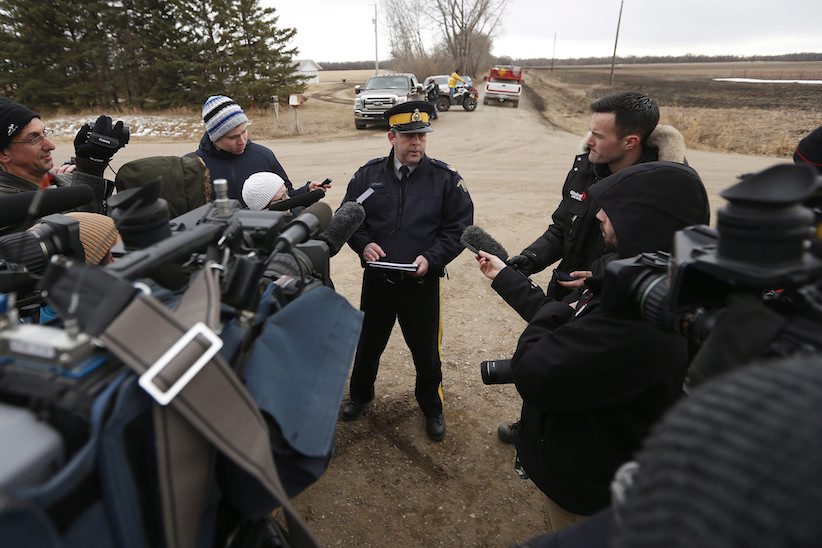 RCMP Sgt. Bert Paquet speaks to media after the discovery of two-year-old Chase Martens’ body in a creek close to his home. (John Woods, CP)

It’s a terribly sad time for the family of Chase Martens, the two-year old boy whose body was found Saturday in a creek near his rural home in southern Manitoba. Hundreds of people helped search for the toddler after he disappeared last Tuesday while playing outside his house. And his heart broken parents say they’ve been overwhelmed by all the support they’ve from the community of Austin. However, they now wish to withdraw from the media glare to grieve for their little boy in private.
RCMP say the Office of the Chief Medical Examiner confirmed that drowning was the cause of death following an autopsy.

PUBLIC GETS CHANCE TO PAY RESPECTS TO ROB FORD

Members of the public can pay their last respects to Rob Ford as the former Toronto mayor’s body will lie in repose for the next two days. The city says it doesn’t have any record of the last time the city has given such an honour to a mayor. Ford died last week after a long battle with cancer that forced him to abandoned attempts to win re-election as mayor. His funeral is set for Wednesday.

A Canadian man is behind bars in Denver facing six counts of sexual assault. The 30-year-old suspect is accused of attacking a 27-year-old local woman in a Denver hotel after meeting the alleged victim in a bar last November. Colby James Messer was arrested when he arrived in Las Vegas earlier this month. Denver police say they’ve identified several other Canadian suspects in the case, all of whom returned to Canada after the alleged incident.

An annoying thing that comes with spring is the dreaded pothole, often exposing motorists to hefty repair bills. And the president of MyAutoPro service centres in Ottawa says 2016 is probably the worst year he’s seen in more than a decade. Ben Lalonde says business is up as customers are showing up with bent wheels, punctured tires, misalignments and wrecked suspensions. Lalonde says repair bills can range between 200 and 500 dollars depending on the force of impact and the type of damage.