In the news today: Three Amigos, hundred of parrots, a BASE jumping fatality, and an Edmonton hit and run

Four stories in the news today from The Canadian Press:

MEXICAN PRESIDENT IN CANADA AHEAD OF THREE AMIGOS SUMMIT

Mexico’s president arrives in Canada today to begin three days of North American leader summitry. Enrique Pena Nieto will head to Quebec City first before dining with Prime Minister Trudeau in Toronto and then heading to Ottawa on Tuesday for an official state visit. The two leaders will be joined by U.S. President Barack Obama on Wednesday’s for the so called Three Amigos summit. Expect the British vote to divorce the EU to be a major topic there — along with trade and climate change issues. More here.

A man who died while BASE jumping from a mountain near Squamish in B-C has been identified by his girlfriend as 30-year-old Gary Kremer of Seattle. Paige Anderson says her 30-year-old boyfriend was a former U-S marine who’d been BASE jumping for about nine years and had, in fact, jumped safely from the B-C mountain many times before Sunday’s fatal incident. Anderson says Kremer died doing what he loved and he wouldn’t want anyone to think negatively about the extreme sport because of his sad end. More here.

Edmonton police are investigating the hit and run death of former UFC fighter Ryan Jimmo. They say the 34 year old Saint John, New Brunswick native was run down early Sunday morning following a parking lot altercation in the Alberta capital. Investigators were still looking for the suspect vehicle late Sunday night. Jimmo was known as “The Big Deal” during his career as an octagon combatant and his death prompted a social media outpouring from the mixed martial arts (MMA) community. More here.

HUNDREDS OF BIRDS MUST LOOK FOR NEW NEST

Hundreds of parrots living at a Vancouver Island sanctuary need new homes as their sanctuary is due to close come August. The future of the World Parrot Refuge has been in doubt since February’s death of founder Wendy Huntbatch. Refuge supervisor Matthew Spate says money has run out. Huntbatch was an avid animal rights advocate who opened the refuge about 150 kilometres north of Victoria, in 2005. At one point she had more than 800 parrots at the refuge, which was open to the public. More here. 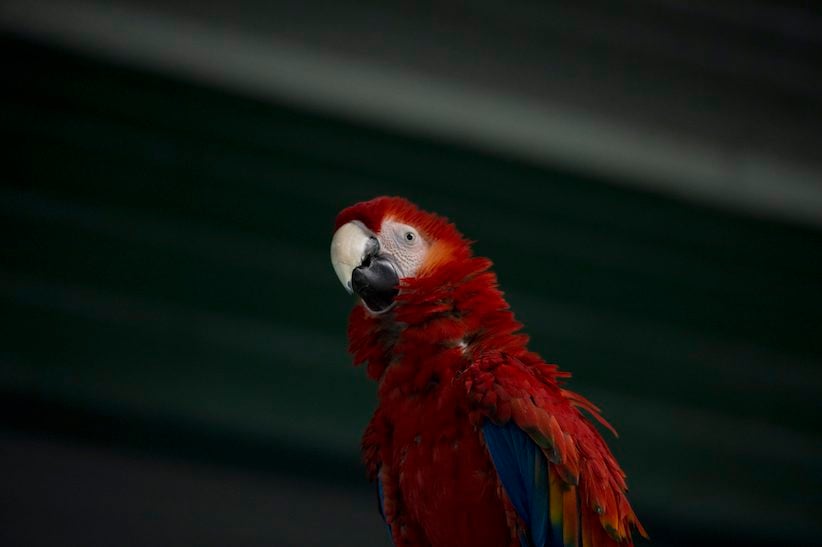 A bird is pictured at the World Parrot Refuge in Coombs, B.C., Friday, June, 24, 2016. The refuge which is home to some 400 to 500 exotic birds who have been rescued mostly from Vancouver Island and parts of British Columbia is slated to close in August due to lack of funds to keep it running. THE CANADIAN PRESS/Jonathan Hayward