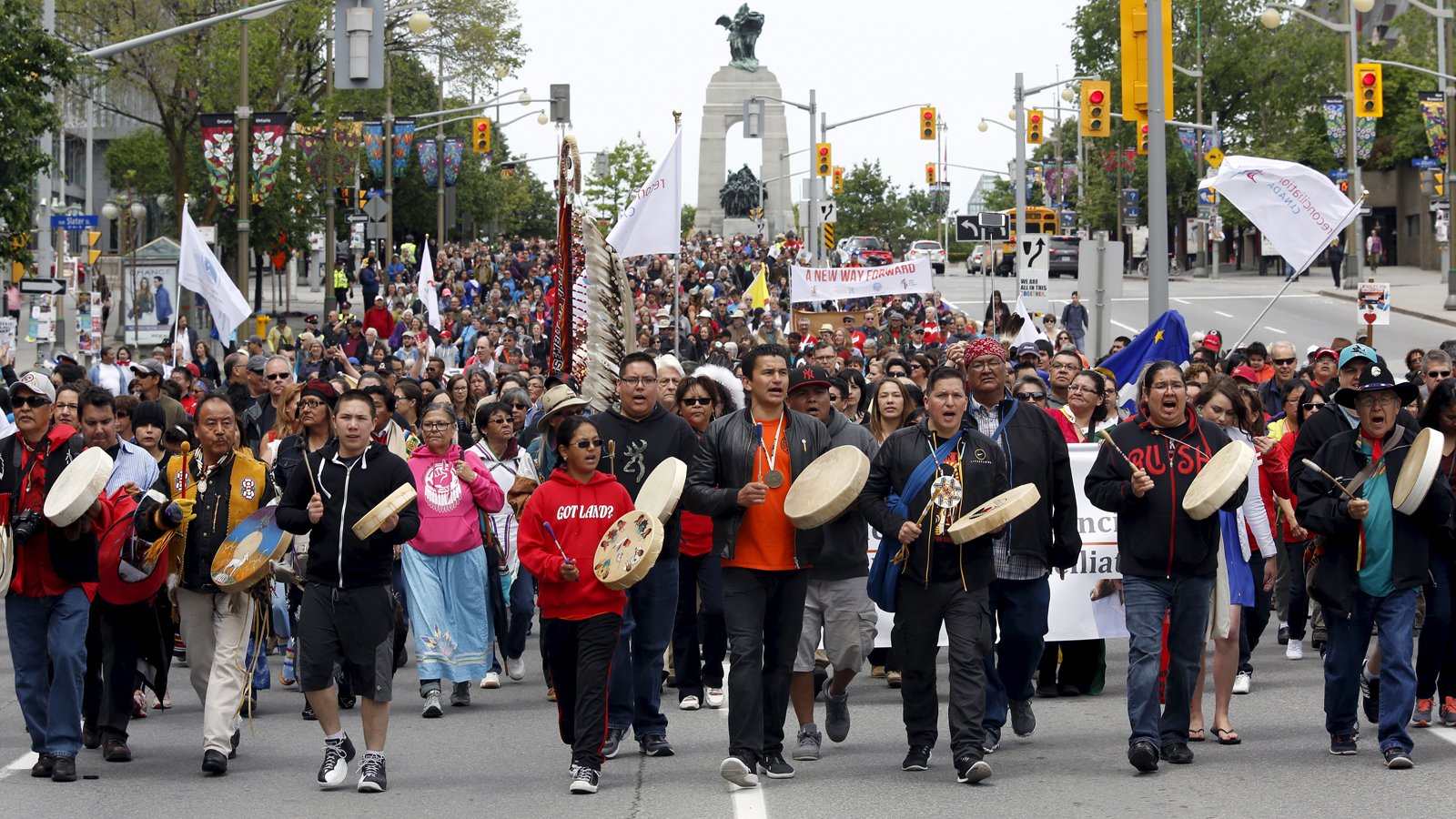 Drummers lead the Walk for Reconciliation in Ottawa May 31, 2015. The event is one of many surrounding the release of the final report from the Truth and Reconciliation Commission on the former Canadian Indian residential school system, which will be released June 2. Chris Wattie/Reuters

A week shy of exactly seven years after his historic apology in the House of Commons, Prime Minister Stephen Harper will help close out the Truth and Reconciliation Commission’s summary report today at Rideau Hall. Despite thousands of hours of emotional testimony from residential school survivors over six years, a six-volume report in the making and a $60-million class-action settlement, the heavy lifting for the government of Canada really hasn’t started.

REPORTS ON OCT. 22 SHOOTING TO BE RELEASED

Censored versions of police reports on Michael Zehaf Bibeau’s attack on Parliament Hill last October are to be released today in Ottawa. Zehaf Bibeau shot Cpl. Nathan Cirillo at the National War Memorial on Oct. 22, then drove to Parliament Hill and burst into the Hill’s Centre Block before being killed in a hail of bullets near the Library of Parliament. The reports from the Ontario Provincial Police will outline the results of an investigation into the actions by the RCMP inside and outside the Parliament Buildings, and the actions of security guards inside the Centre Block.

Canada’s consul general to Miami finds out today if she can take her 15-year-old son home while he awaits trial on murder charges. Roxanne Dube has told the court she can be trusted to supervise her son Marc Wabafiyebazu if he’s released. Police allege Wabafiyebazu was in on a botched robbery that left his older brother and another man dead.

Low oil prices may be putting a few extra dollars in the pockets of Canadians, but record debt levels have us taking a conservative approach to spending, a new report says. The review by market intelligence agency Mintel, released Wednesday, found Canadians are focused on paying off debts and making cutbacks when it comes to their finances. “There is a glimmer of hope, however, with consumers still looking to treat themselves to long- and short-term rewards, creating a mood of sensible spending for 2015,” said Carol Wong-Li, senior lifestyle analyst at Mintel.