Warrant officer died after being hit by a car driven by an attacker with known jihadist sympathies. 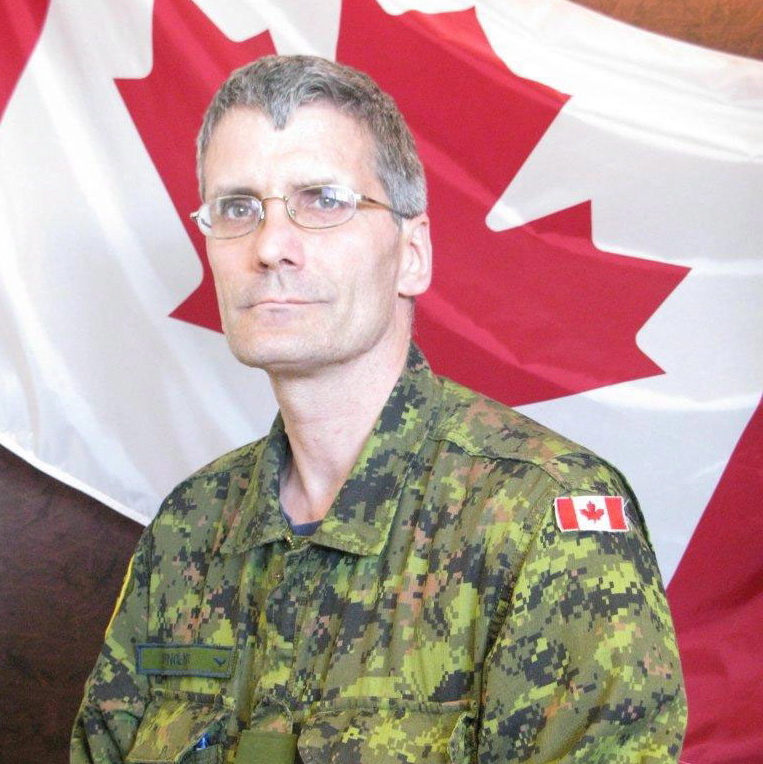 LONGUEUIL, Que. – Friends, relatives and dignitaries paid tribute to slain warrant officer Patrice Vincent on Saturday, with a colleague remembering him as someone who always put “his country before himself.”

About 1,000 people, including Prime Minister Stephen Harper, packed into a church near Montreal to say goodbye to Vincent, who was killed Oct. 20 after being hit by a car driven by an attacker with known jihadist sympathies.

One of Vincent’s sisters, Louise, said it was one thing to learn her brother had died, and another to learn he was killed as part of what she called a “heinous” act.

“It was even more brutal when I learned what happened in Ottawa,” she said in a statement read to reporters, referring to the shooting of Cpl. Nathan Cirillo at the National War Memorial.

“Patrice’s message is to go home tonight, look at those who contribute to your happiness, to your life, and have gratitude for the love they give you, for the help they give you,” she said.

“And he would tell you also ‘Love them, share with them your help in the way you can.’ And this was what Patrice was doing, trying to be a better man every day of his life. This made him a hero, but none of us saw this coming.”

Chief warrant officer Martin Rousseau, who gave a eulogy at the funeral, described Vincent, 53, as a quiet and determined person who was always looking to help others.

“He left way too soon. He’s never going to be forgotten, ever,” Rousseau said in an interview before the service. “He served his country before himself, always.”

Vincent’s casket was carried out of the St-Antoine-de-Padou Catholic Church in Longueuil, a suburb of Montreal, by eight pallbearers. It was draped in a Canadian flag.

It was loaded into a hearse as three Canadian Forces helicopters flew overhead, a nod to Vincent’s work as a member of a helicopter squadron.

The service was attended by soldiers, police officers and firefighters from Quebec, Ontario, and beyond.

Vincent would have been overwhelmed by the pomp and circumstance of the funeral, Rousseau added.

At the request of Vincent’s family, the service was not televised and media were not granted access to the church. The Prime Minister’s Office later issued a transcript of Harper’s remarks to the congregation.

“All of Canada shares your pain,” Harper said of Vincent’s family.

“Someone dear to you has been taken away by the revolting actions of a person motivated by a barbaric ideology, an ideology contrary to the values of justice, freedom and compassion that we share as Canadians.”

Vincent was killed in the parking lot of a shopping mall in Saint-Jean-sur-Richelieu, southeast of Montreal, when Martin Couture-Rouleau plowed into him and a fellow soldier, who survived.

He was only in Saint-Jean-sur-Richelieu on that day to assist a fellow member of the military, who wanted to visit a Veteran’s Affairs service centre, according to Brigadier-General Stephane Lafaut.

“He was helping one of his peers,” Lafaut said.

“He was accompanying another warrant officer.”

The funeral was held under heavy security, with police blocking off an area spanning several streets. A small crowd of residents gathered to watch the procession.

Hank Gigandet, a 67-year-old Montrealer, said he wanted to pay his respects to a fallen soldier.

“Our military does a great job,” he said before the service.

“I thought it was a good occasion to come here and show our respect.”

Vincent’s death came two days before Cirillo was fatally shot while standing sentry at the National War Memorial in Ottawa. His attacker, Michael Zehaf Bibeau, was then killed in a dramatic shootout in the halls of the Parliamentary Buildings.

Vincent was working as a member of the military’s personnel support staff in the IT department at 438 Tactical Helicopter Squadron in Saint-Hubert, near Montreal.

He joined the Forces in the spring of 1986 as a combat engineer. After completing his initial trade training, he was posted later that year to CFB Valcartier, near Quebec City.

In 1990, he redeployed as a military firefighter and served at a number of Canadian Forces bases, including Comox, B.C; Trenton, Ont; Edmonton; and North Bay, Ont.

Vincent also served around the world on several warships.