Gay seniors get a place to call home

If retirement means freedom, then a new old folks’ home in Montreal may offer the ultimate liberation—sexual. 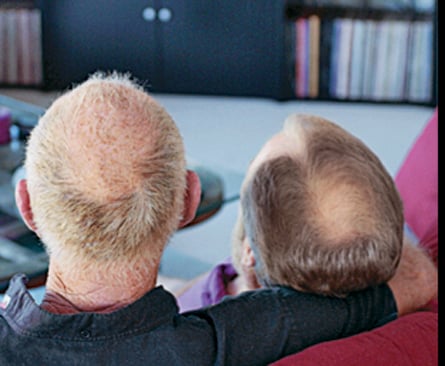 Pegged as Canada’s first residence for gay male seniors, Urban Home Rachel is on the outskirts of the city’s gay village. Demand has been so formidable that the developers are days away from closing a deal to immediately open a second gay old folks’ home.

“There’s a crying need,” says Suzanne Bienvenu, marketing and communications director for the Urban Home-Maison Urbaine project. Gays over age 60 “had a lot of trouble coming out of the closet,” she explains, “and then when they went to traditional residences, they faced tremendous discrimination. For them, it was like going back into the closet.” With the 50 apartments in Rachel oversold (leases start at $1,300 a month), Bienvenu and developer André Saindon believe the additional 135-unit building will ?ll up fast.

The idea for Urban Home Rachel was first announced in 2006 and at the time, it was to be a brand-new, men-only facility. But the developers gave up on building it when getting permits took too long. Instead, last spring they bought an existing Greek seniors’ residence, L’Olympos, near the gay village, and decided to convert it. The catch: it was already full of heterosexual residents—in fact, it was originally inhabited by Catholic nuns.

Naturally, says Bienvenu, “we’re not going to throw out the people who are there.” Rather, the seniors who were living in L’Olympos were moved to one wing of the building during renovations. Once the work is done this fall, the gay and straight seniors will live together. “We’re not going to put in segregation,” says Bienvenu—and so far no one has requested it. “If everyone’s happy, we’re happy.”

Bienvenu says the new units will be trendy and masculine, and amenities will include an “Internet bistro,” movie theatre, hairdresser and infirmary. Eventually, as the female and heterosexual residents die, Rachel may become a gay-men-only residence. No matter, says Bienvenu: “We’re not hiding this.” It’s been a long time coming.