Gen. Vance: Suicide in military a concern, those at risk should seek help

Gen. Jonathan Vance, the chief of the defence staff, weighs in with his concerns about the problem of suicide in the Canadian Armed Forces 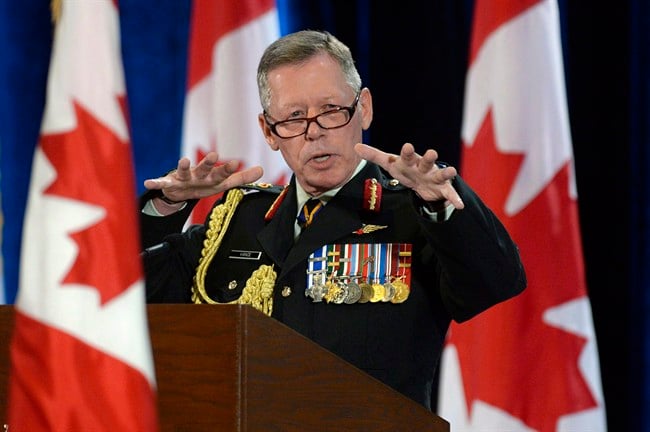 OTTAWA – The country’s top military officer is weighing in with his concerns about the problem of suicide in the Canadian Armed Forces.

Gen. Jonathan Vance, the chief of the defence staff, says in a statement that the Forces need to work harder on the ever-present issue of suicide prevention.

A June report from the military surgeon general suggested that those with a history of deployment may have an increased risk of suicide compared with those who have never been deployed.

It found that the suicide risk is higher for those in the army, whose members tend to be the ones exposed to ground combat.

Vance, who is likely reacting to recent media reports about suicide and the Canadian Forces, says he is looking at what needs to be done to get help for troubled servicemen and women.

He says the health and well-being of the troops and their families is his highest priority.

“We already have an extensive suicide prevention program in place, supported by highly capable and compassionate personnel, but clearly we must continually strive to improve,” the statement said.

Vance is urging his troops to seek help if they need it.

“To all members of the Canadian Armed Forces, if you think that you, or someone you know needs help, get it now,” he said.

The June report looked at suicide in the Forces between 1995 and 2014. It found a trend in the last decade, which covers much of the war in Afghanistan.

“While past analyses had not shown an association between having been deployed and completed suicide, the most recent findings suggest a trend towards an elevated suicide rate ratio … in the past decade in those regular force males with a history of deployment relative to those regular force males without a history of deployment,” the report said.