Richer, smarter, taller: A measure of Canada from the OECD

As the rest of the world spent two centuries preoccupied by war, disease, poverty and political upheaval, Canadians built a country that was richer, taller, safer, healthier, and more educated than almost everyone else. Even before Confederation, Canada was no slouch. Those are among the observations of an exhaustive new report, released this week, from the Organisation for Economic Co-operation and Development (OECD) that measures global quality of life since 1820. The document’s researchers cobbled together data wherever they could find it, eventually assembling the largest historic analysis of well-being of its kind. Set against a tumultuous world, Canada shines.

In 1820, the OECD says, Canada’s GDP per capita stood at $904—behind Western European nations, but not bad for a colonial backwater that was governed from an ocean away. That mark doubled to $1,816 by 1880, doubled again by 1920, and surpassed the colonial powers by mid-century. Meanwhile, Canadians always stood taller than even the richest nations. We averaged heights of more than 170 cm in 1820, a mark the OECD attributes to the “abundant food supply” afforded to settlers in our corner of the New World. That’s 11 cm taller than the average Mexican. The Swedes and Dutch have since surpassed Canada, but we’re still taller, on average, than Americans and every non-European country. We’ve also steadily grown older. Fifty-eight years might seem like a short life now, but in the 1920s that average Canadian life expectancy was among the world’s longest. These days, our 80-year average is only slightly behind the Japanese at 82.

It’s not all good news for Canadians. We’re among the highest per-capita emissions belchers in the world, trailing only the United States and Australia. No one else comes close. Most European countries are reducing their emissions per capita, and Russia’s world-leading numbers plummeted after the Soviet Union’s collapse.The OECD report also tells magnificent and tragic stories about the rest of the world. It charts a massive global spike in education levels. It explains how much longer human beings live now than just a few decades ago, even if war- and disease-ravaged African nations are the glaring exception. It maps the spread of women’s suffrage, a basic political right almost unheard of in 1913 but now the global rule—except in Saudi Arabia. As the world fights for a better lot in life, the OECD makes one thing clear: the average Canadian has always had more money in their pocket, a better view in a crowd, and more schooling than most of humanity. 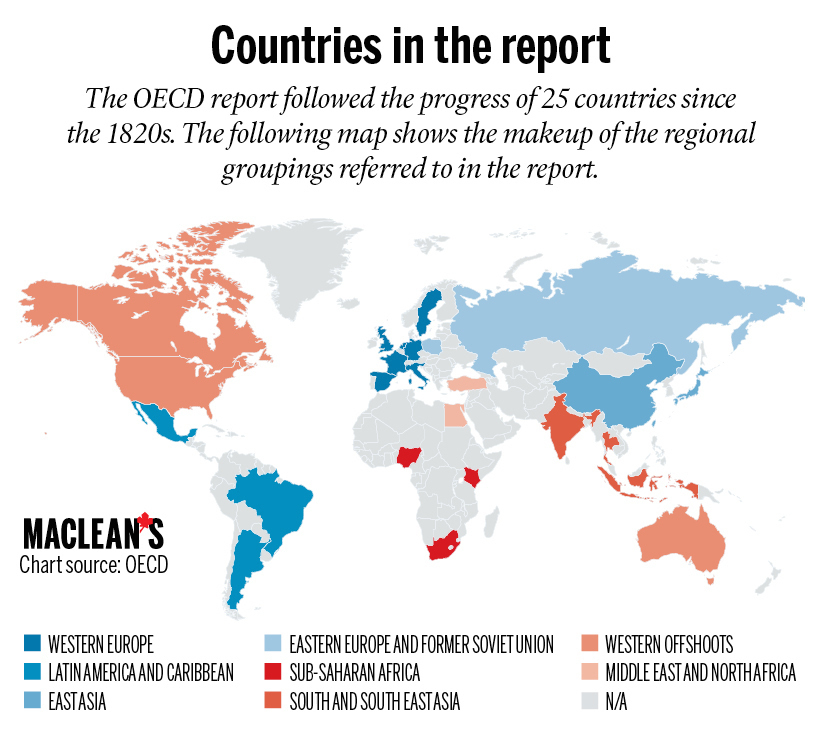 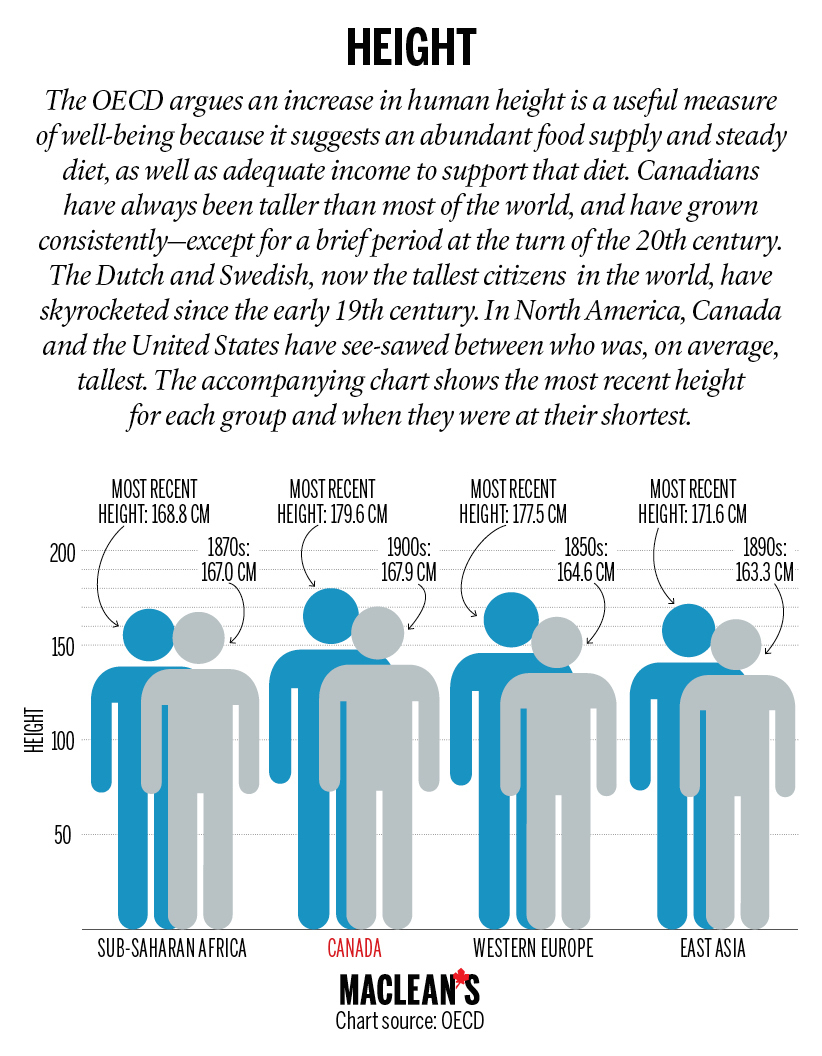 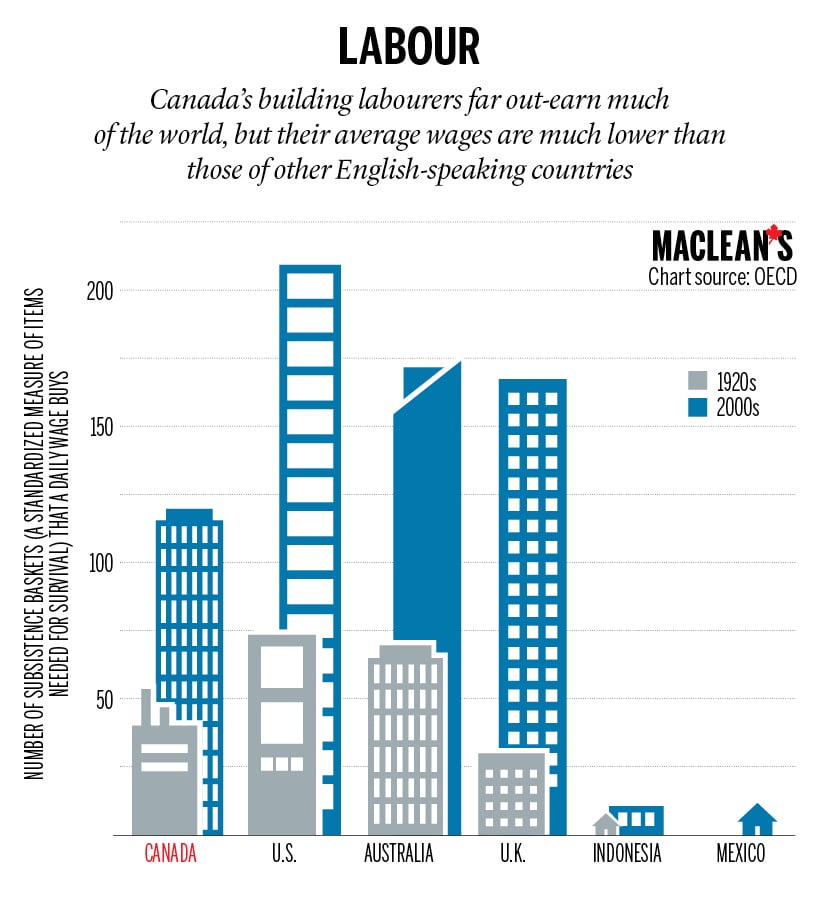 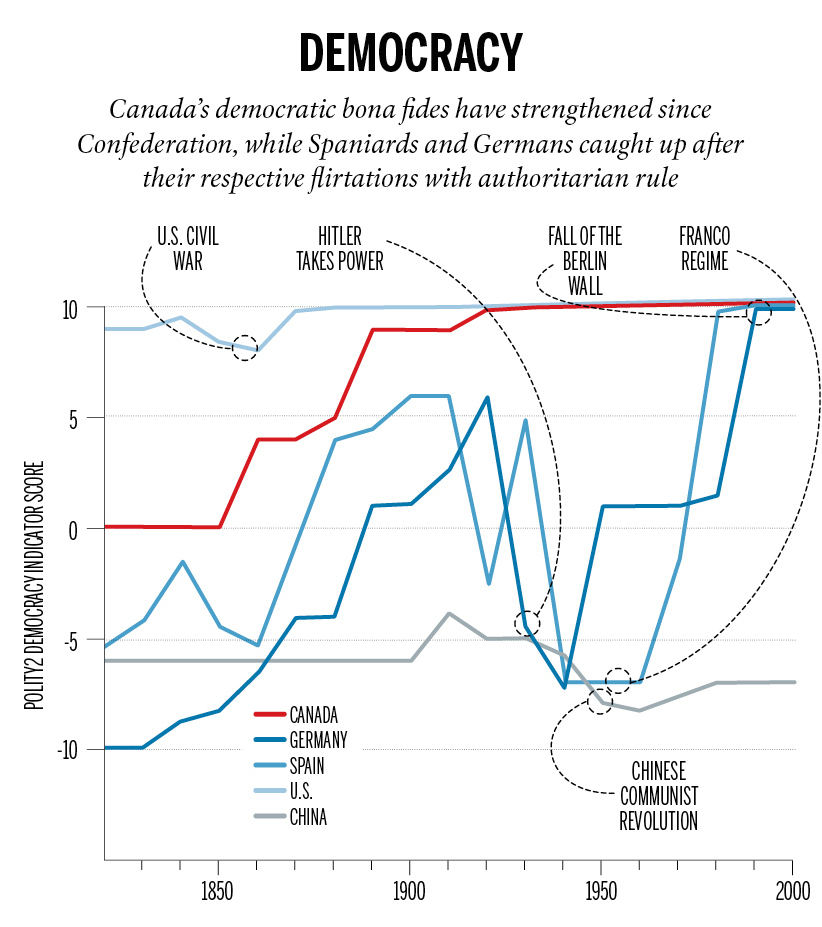 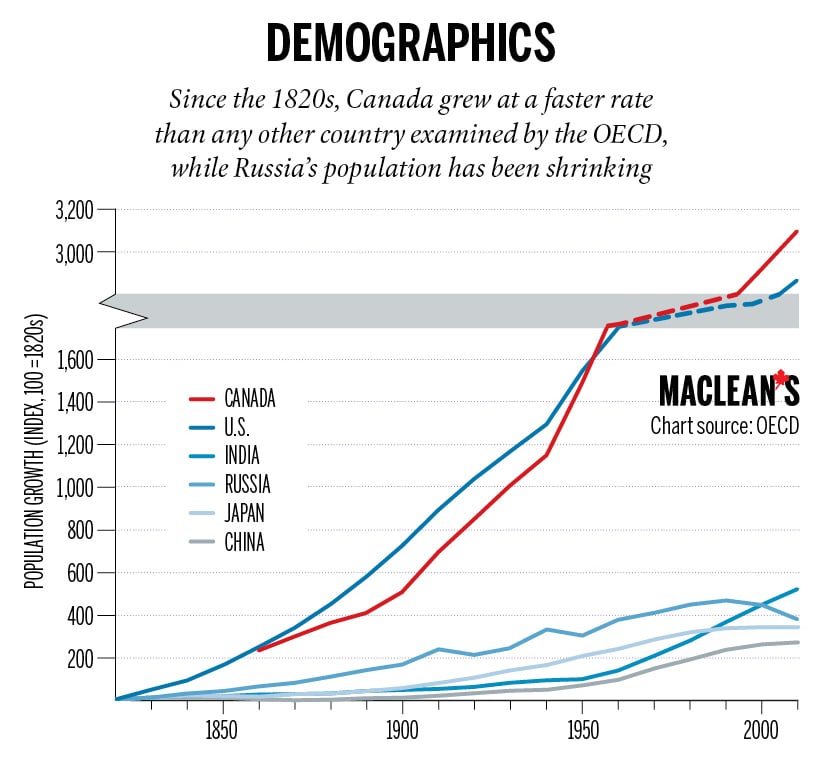 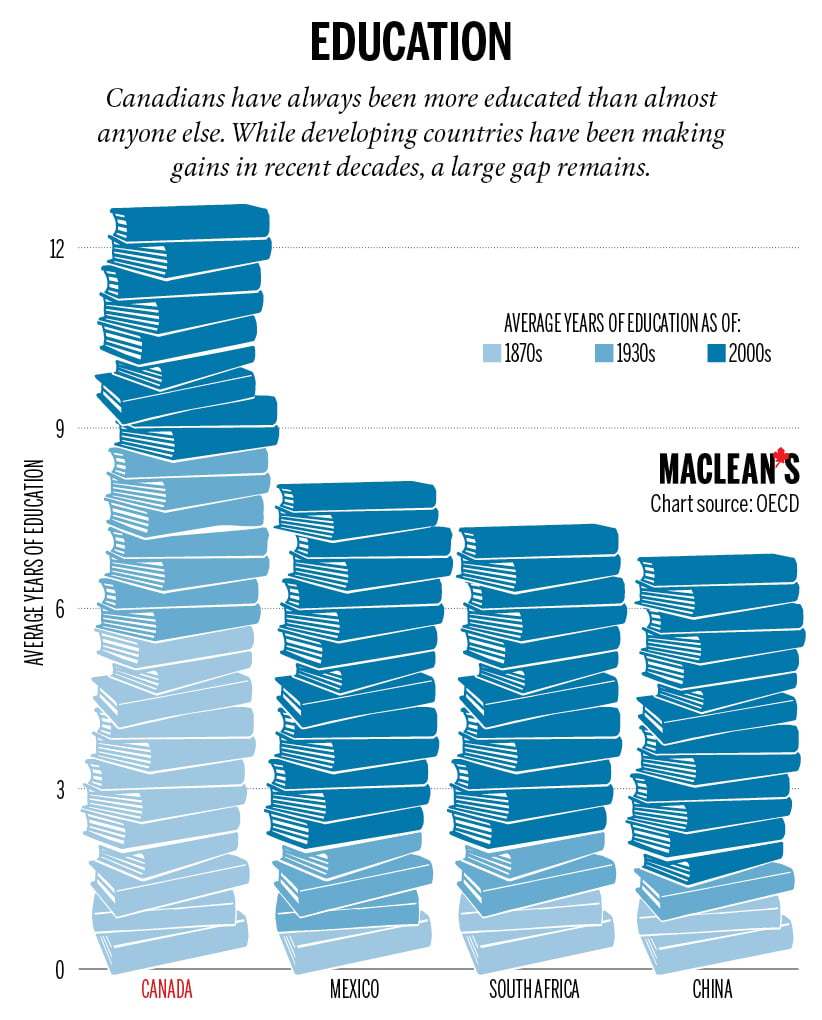 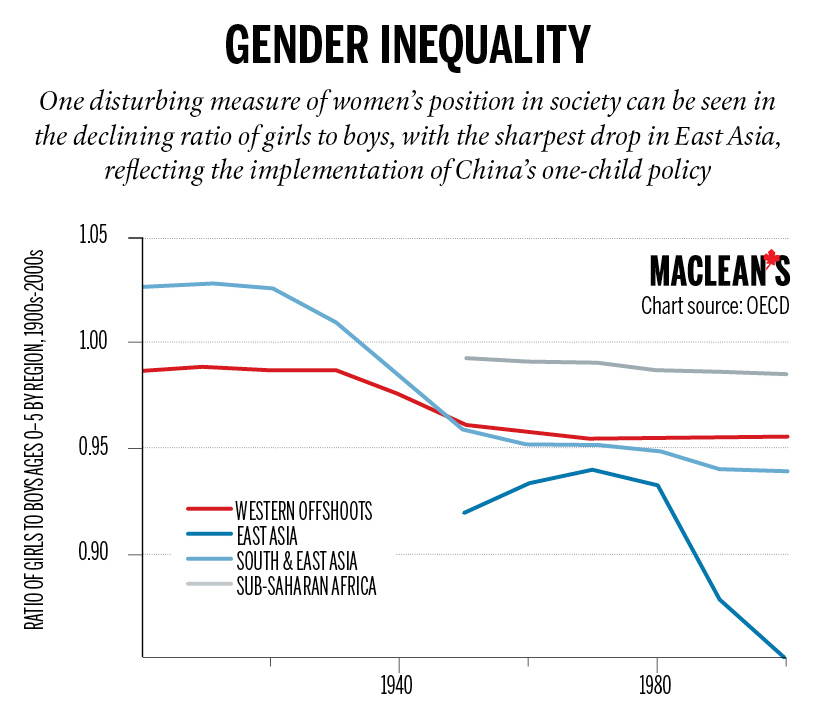 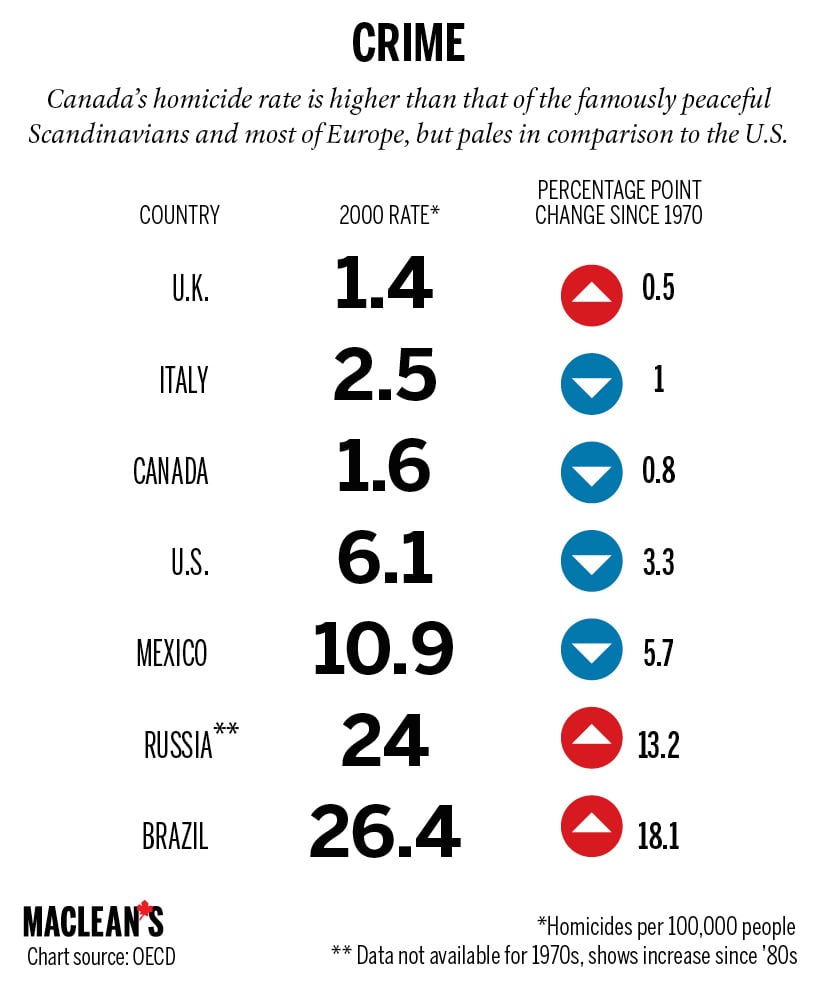 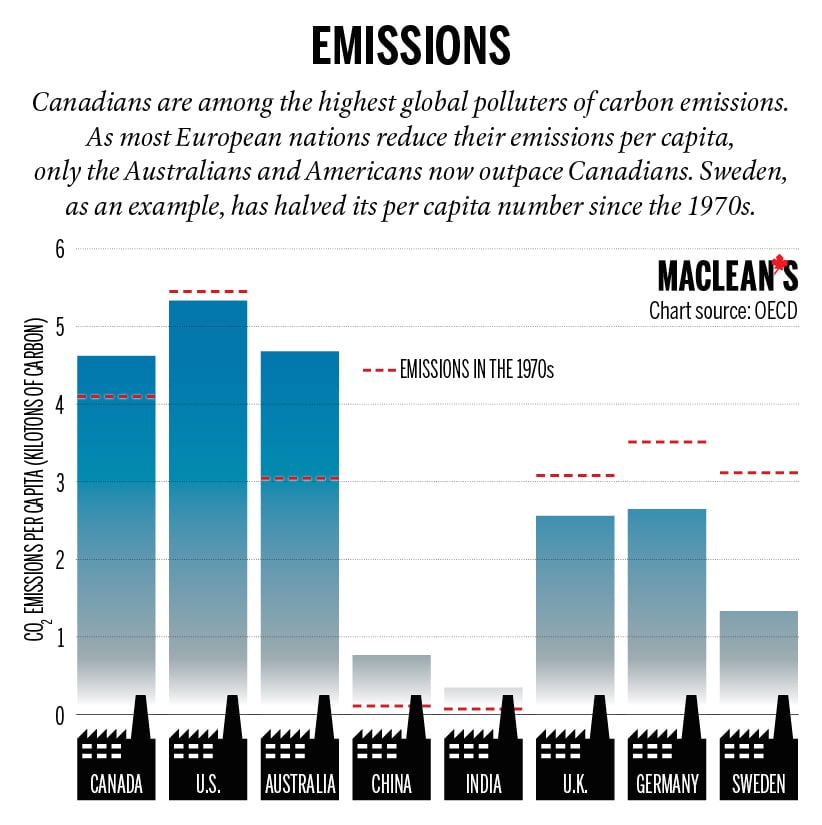 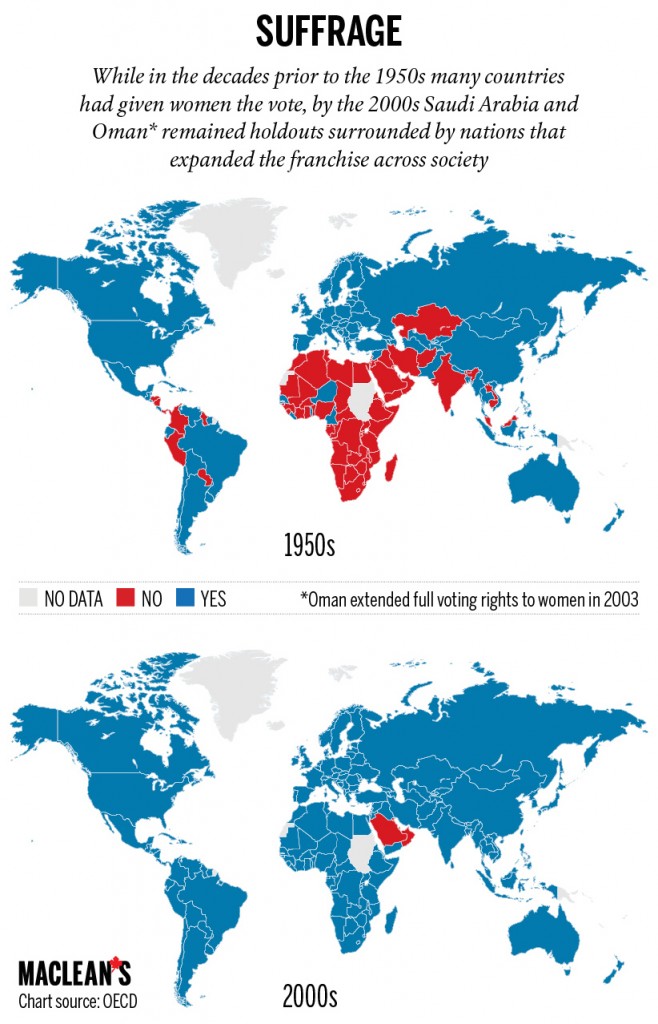 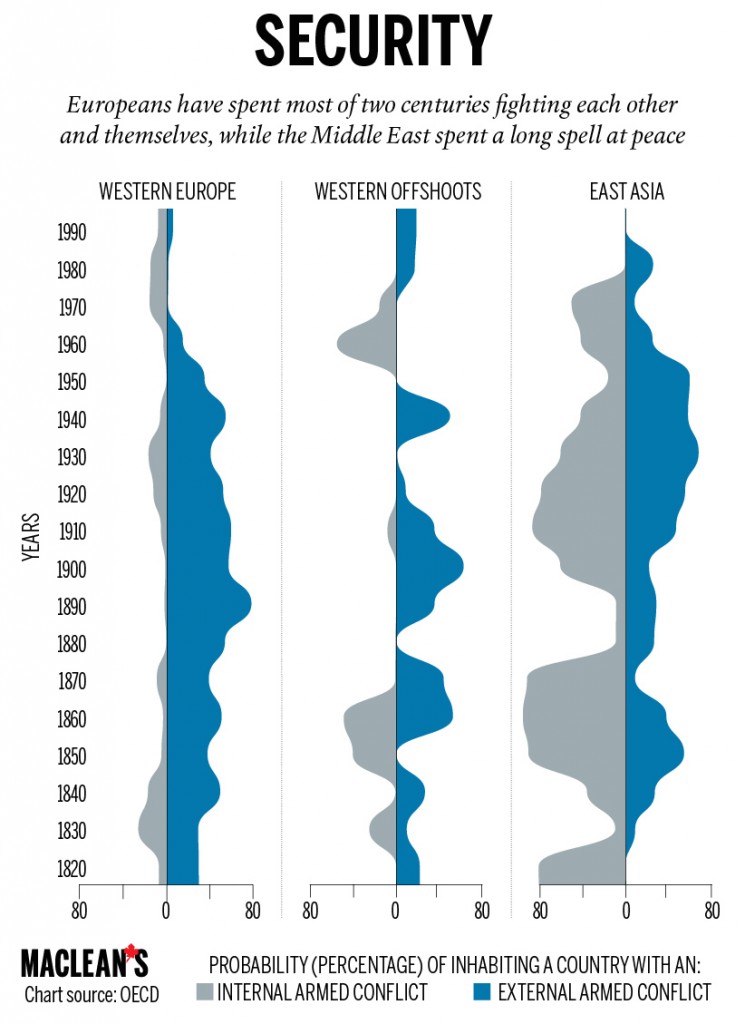