Getting schooled on trademarks

The Ontario Teachers' Pension Plan is trying to embrace its nickname 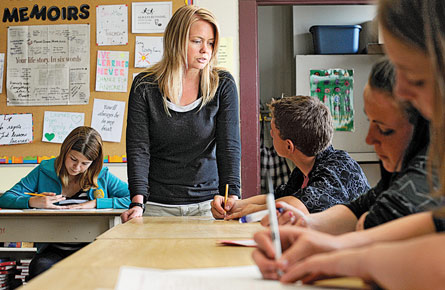 Like a rookie hockey player, the Ontario Teachers’ Pension Plan has tried to embrace its nickname. But domain over “Teachers’ “—
the label by which practically everyone in the financial industry knows it—has once again eluded the Bay Street juggernaut.

In January, a Federal Court judge dashed the plan’s latest bid for the rights to Teachers’, dismissing its appeal of a 2009 refusal issued by the country’s trademark authority. Even with the apostrophe appended, the Registrar of Trademarks ruled, the word Teachers’ is so common that handing it to a single pension plan would preclude others from using it to provide teachers with pension management and other financial services. “Descriptive words are the property of all, and cannot be appropriated by one person for their exclusive use,” the registrar said.

That decision, and the court’s recent assent, count among a series of setbacks in Teachers’ nine-year pursuit of its informal brand, whose elusiveness hasn’t prevented it from amassing $96.4 billion in assets. The idea, says spokeswoman Deborah Allan, is to differentiate the plan from a host of insurers, financial managers and consultants already offering services to the province’s 289,000 retired and active teachers. It also reflects a commercial trend, she notes, as law firms and accounting firms pare down unwieldy trade names. “We don’t want brand confusion to result in a teacher making a decision that’s not in their best interest,” she says.

Despite Federal Court Justice Leonard Mandamin citing “common sense” in his decision, suggesting the chase for official branding rights might be nearing an end, Teachers’ isn’t giving up. Last week, the plan gave notice that it intends to appeal.