Few city councillors supported Rob Ford in his darkest moments at city hall. Giorgio Mammoliti was one of them. 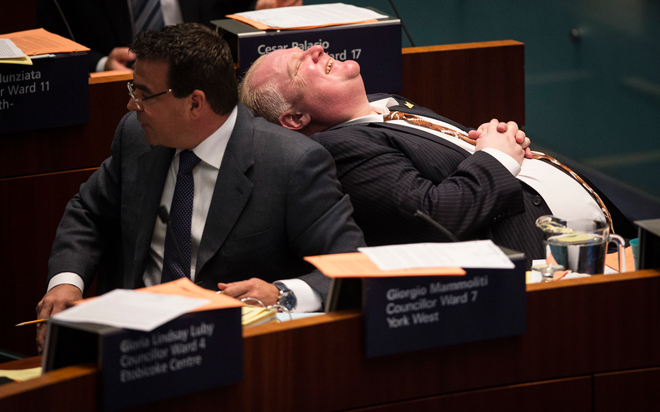 When Toronto’s city council confronted Rob Ford’s public struggle with addiction in 2013, the late former mayor counted very few friends among his colleagues in the chamber. Coun. Giorgio Mammoliti sat right beside Ford as council dismantled the then-mayor’s hold on power in a series of votes that transferred authority to deputy mayor Norm Kelly’s office. Always outspoken, Mammoliti joined Doug Ford, Rob’s brother and a city councillor at the time, in expressing personal support for the mayor. No matter the unflattering international headline related to Ford’s inappropriate public comments, videos of Ford inebriated around the city, and that infamous tape that captured him smoking crack, Mammoliti maintained what he called a “special relationship” with Ford.

Cormac Mac Sweeney, Parliament Hill Reporter for City & 680NEWS, spoke to Mammoliti about his recollection of those years at city hall.