Girlfriend on BASE jumper's passion: 'He was free. He could fly' 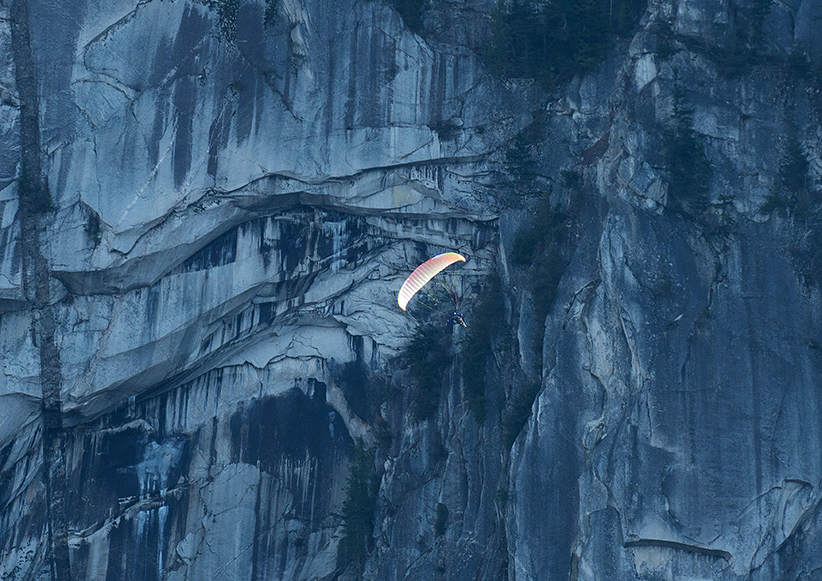 EDYCW7 A parachutist comes in for a landing after base jumping off the Stawamus Chief in Squamish BC, Canada. David Buzzard/Alamy

SQUAMISH, B.C. — A Seattle man who died BASE jumping from the Stawamus Chief Mountain in British Columbia wouldn’t want anyone to assume the worst about the extreme sport, says his girlfriend.

Gary Kremer, a 30-year-old former marine, has been identified by his girlfriend Paige Anderson as the man who died near the popular outdoor adventure spot near Squamish, north of Vancouver, on Sunday.

“I just really want to make sure people don’t look at this sport negatively because of what happened to him,” said Anderson in a phone interview from Seattle.

“He loved it and he would not have changed a thing. He would have kept jumping for the rest of his life.”

Neither the Squamish RCMP nor the B.C. Coroner’s Service have identified the person who died in the accident. The coroner’s service said the soonest a name would be released would be Monday.

Squamish RCMP have said the person jumped from the first peak of the Stawamus Chief, a granite cliff about 540 metres above the Sea-to-Sky Highway, just before 10 a.m. Sunday.

Witnesses told police the person’s parachute failed to open until it was too late, and the person fell near the highway below, said RCMP.

Anderson said she was notified of the death of her boyfriend of two years by Mounties on Sunday. Her voice filled with emotion, she said Kremer began BASE jumping about nine years ago and fell in love with it.

“He was free. He could fly,” she said. “It was a feeling he couldn’t get anywhere else.”

She said Kremer was a former five-year member of the U.S. Marine Corps. who now worked at Boeing and was also working toward becoming a full-time firefighter. He was drawn to the marines and firefighting because he loved to help others, she said.

From our POV series: What it fees like to jump off Stawamus Chief Mountain

Anderson, not a BASE jumper herself, said Kremer travelled often to go BASE jumping and he had jumped from the Stawamus Chief “many, many times” before.

“It was one of his favourite spots. He loved driving up there,” she said.

She said she didn’t want to talk about the details of what went wrong on Sunday, but he was with a group of friends who were able to help with the RCMP response.

Anderson stressed that people who participate in BASE jumping — and their family members — know it is risky, but it’s what they love.

“They couldn’t live without it. It’s not a sport that’s hurting anybody else,” she said.

BASE jumping is when people jump from a fixed structure or cliff using a parachute or wingsuit. It’s considered more dangerous than skydiving due to the relatively low altitude of the jumps.

In 2010, after two BASE jumpers had to be rescued from the Stawamus Chief in less than a month, former Squamish mayor Greg Gardner called for a ban on the activity on the peak.

But current Squamish Mayor Patricia Heintzman said it would be difficult for her district to regulate the activity.

Sgt. Jolaine Percival of the Squamish RCMP said earlier Sunday that people from all over the world flock to the community to participate in activities like BASE jumping.

“Now, it’s just ensuring that we deal with the family and get all the BASE jumper’s belongings back to the family.”

FILED UNDER: BASE jumping