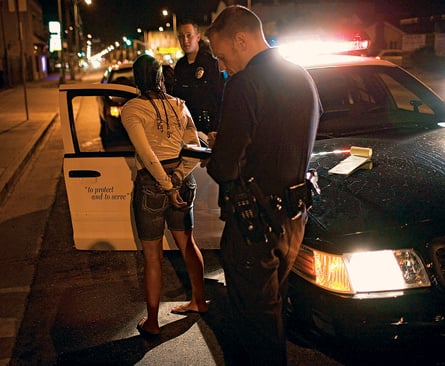 First came the shooting death of Brianna Kinnear. On Feb. 3, the pretty, blond, 22-year-old crack-cocaine dealer was found slumped over the steering wheel of a black Dodge pickup in Coquitlam, B.C. It had “all the hallmarks of a targeted murder,” say police. So did the shooting death, two weeks later, of Nikkie Alemy, 23, a young mom with ties to the UN gang, who was gunned down in a silver Cadillac in a busy Surrey intersection. Then, last month, 36-year-old Laura Lamoureux was found shot to death in a Langley gutter. Known to police for her involvement in the street-level drug trade, her death, too, bore the “signature” of a “targeted murder,” say police.

Their murders are “precedent-setting,” says gang expert Cathy Prowse: in 15 years of research, the University of Calgary criminal sociologist has never seen a gang-related, targeted shooting of a woman in Canada. Until now, “the code of the street said you didn’t take out women,” says Prowse. But that code runs two ways: women have also avoided involvement in drug distribution—and stepping on the “economic turf of rivals.” Now, with so many young women “getting caught up in the game,” says Charysse, 21, who exited a Scarborough, Ont., gang last year, “the code” no longer applies.

Recent research shows female gang membership and women’s involvement in criminal activities are on the rise in Canada and beyond. Girls—who are also closing the gender gap in terms of drug use and abuse—are no longer just appendages to male gangs; some are forming gangs of their own. Whereas the number of Canadian males behind bars decreased by nine per cent between 2002 and 2007, the number of women jumped by 11 per cent, according to a new report by Statistics Canada. In the U.K., crimes committed by young women have soared by 25 per cent in the past three years. (Of London’s 174 gangs, police estimate at least three are exclusively female.) And last year, evidence emerged showing women may account for as much as 40 per cent of Central America’s fierce street gangs, including Mara Salvatrucha.

Canada-wide, six per cent of gang members are thought to be female, ranging from a low of three per cent in Ontario to a high of 12 per cent in B.C., according to a study by Canadian gang expert Michael Chettleburgh. But because police traditionally under-arrest females, he believes those figures are grossly understated; he thinks the true number is closer to a third, adding that Canada recently welcomed its first all-female gang. The Indian Posse Girls—an auxiliary to the Winnipeg-based Indian Posse gang—are thought to control Edmonton’s sex trade.

Women have an easier time recruiting girls into this work, he says. Female gang members carrying product or weapons can also fly under police radar, says Charysse. Whereas a group of males might have “records or priors”—giving police a pretty clear idea of what they might be up to—“the attention’s not on us,” she says. Anatomy helps too, says Tammy, who, starting at 16, logged 10 years in two Prairie street gangs, before quitting Edmonton’s Redd Alert gang after her recent release from prison for a gang-related robbery. It’s too risky for men to carry drugs in their pockets: they risk getting jumped, or stopped by police. Women, who are less likely to be frisked by police, can hide the drugs in their body and ferry it to the point of sale, she says.

Charysse—whose brother and ex-boyfriend were part of the same gang—says girls now also help run debit- and credit-card scams in banks and clothing stores. Gangs are increasingly earning money through electronic fraud, says Sgt. Shinder Kirk of B.C.’s integrated gang task force. Police believe women with clean criminal records are being deployed by gangs to work in banking and insurance corporations. But none of this is new, argues U.S. criminologist Meda Chesney-Lind, who studies female delinquency. She says much research on gangs has simply ignored females or trivialized female gangs.

U.S. research shows that TV gangster girls notwithstanding—Snoop, on HBO’s The Wire, is crueller than many of her male colleagues—female gang members commit fewer violent crimes, and are more inclined to property crimes and drug offences. That may be tied to the fact that women are seldom involved in the upper levels of gangs, according to Chicago criminologist John Hagedorn. He says a lot of girls are “terribly” sexually exploited within mixed-sex gangs—another reason to view females and gangs as a serious social concern. Girls tend to act as escorts, prostitutes, drivers, and intelligence-gatherers, says Charysse, whose role included “sex object.” Pretending to be “some guy’s girl,” she would find out “where he lived, how much money he made, or what spots he dealt from.”

Some women do earn power by association. Tammy’s ex-boyfriend was one of Redd Alert’s “top dogs.” She “sold dope and beat up people if they owed money,” and for a brief period, had the fur coat, the “family,” and the cash, but left because she grew tired of doing time. Tammy says girls join for the same reason guys do: “to be noticed, to feel part of something.” But research shows they are “much, much” more likely to join a gang as a refuge from “really bad situations at home, including incest,” says Joan Moore, one of the first U.S. criminologists to study gangster girls. She wrote Going Down to the Barrio, which details the lives of L.A.’s Chicana gangsters. In 1994, Moore found 29 per cent of L.A. gang members had reported sexual abuse at home; Chesney-Lind’s 1995 follow-up study put the figure closer to two-thirds.

In the end, most, for better or worse, fall prey to the “mommy track,” says Hagedorn. Charysse, who joined in Grade 9, exited at 20, shortly after the birth of her child. “I got arrested, and I just stepped back, and was like: okay, if I end up doing time, and my daughter’s father is in jail, she doesn’t have anybody.” Soon after, she left her boyfriend, and turned her back on gang life, working two jobs to support her daughter, whom she is now raising alone. “That was not the life I wanted for her,” she says.