The Boston Marathon's return, a medical marijuana recall and a six-bladed razor 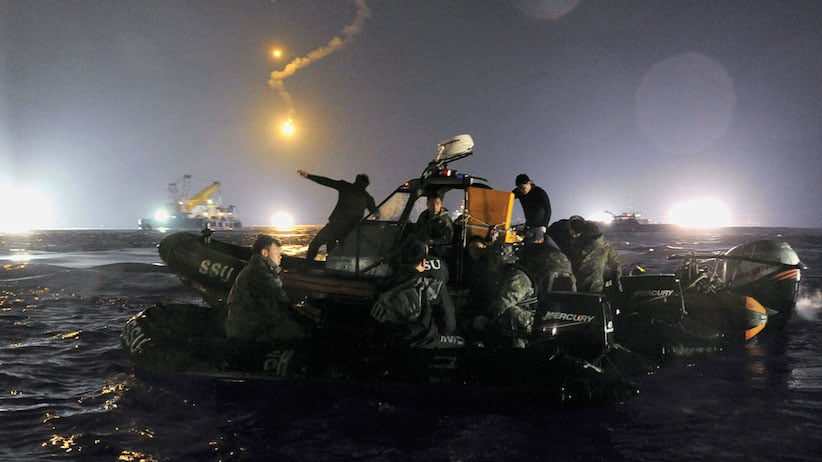 Winning in the long run
A year after the finish-line bombings that killed three people, the Boston Marathon returned this spring with its second-largest field ever and a storybook ending. Meb Keflezighi’s victory amid 36,000 entrants marked the first time in three decades an American has won the race, and the 38-year-old from San Diego, Calif., won plaudits for running with the names of the victims inscribed on his bib. Organizers went a tad overboard on security, but no matter. The best rebuke to terrorism is to keep up the normal rhythms of life undaunted. With this triumph, America has shown it can do just that.

Man vs. nature
The current thinking in conservation says humans and wildlife don’t mix—hence, the calls for giant, unspoiled nature reserves. But a new study by Stanford University researchers suggests animals are more adaptable than we give them credit for. It found 18 of about two dozen species of bats in deforested regions of Costa Rica continued to thrive in leftover bits of forest and on nearby coffee plantations. That suggests that, if properly designed, the vast farms of the future—needed to feed a global population projected to hit nine billion by mid-century—could play a key role in preserving nature, too.

House in order
There were more signs of renewed health this week in the U.S. real estate market. Home prices rose 6.9 per cent over the last year, an orderly increase suggesting both supply and demand of housing stock are growing. Meanwhile, rising prices have property-tax collections going up at their fastest pace since the crash of 2008, meaning cash-strapped cities and towns will once again be able to hire police, fix roads and take away the garbage. Suddenly, America’s neighbourhoods are looking a whole lot friendlier.

Too close for comfort
Is the razor arms race finally over? Having upped the ante to a ridiculous five blades in 2010, Gillette has forgone the obvious next move—six blades—and instead turned its attention to its handles. A new model, equipped with a ball-joint to better follow the contours of the face, is expected out in time for Father’s Day, and thank heaven. At the rate Gillette, Schick and the others were going, men would soon have more blades than whiskers.

No end of grief
Fallout from the South Korean ferry disaster worsened this week, as divers entered the overturned vessel and began removing bodies of mostly teenage victims. With the death toll expected to top 300, the teacher who was leading the youngsters on a field trip when the boat tipped has hanged himself; at least one of the ship’s crew members, an engineer, also tried to take his own life. Yet Prime Minister Park Geun-hye is wrong to fulminate at the ship’s captain and crew. Yes, authorities must be unsparing in their search for answers, but a campaign of retribution does nothing to serve that cause.

Downstream dithering
Washington’s official reason for the latest Keystone XL delay is a lingering dispute over the pipeline’s route through Nebraska. But it also means Barack Obama won’t have to make a call on the six-year-old proposal until after the U.S. midterm elections, prompting accusations from Ottawa that the President is playing politics with infrastructure that is vital to North American energy security. The PMO, which has already rebuked former president Jimmy Carter for signing an anti- Keystone letter, makes a good point: Have Democrats forgotten the oil shock of 1979?

Holding a grudge
China’s desire to settle old scores with Japan is taking ever more menacing turns. This week, Chinese courts authorized the seizure of a Japanese ore carrier in the port city of Zhejiang, purportedly to extract compensation for the loss of two Chinese ships back in 1937. This seemingly random move may be linked to a tit-for-tat dispute over islands in the South China Sea—a feud for which Japan is not blameless. Still, Chinese aggression is damaging what should be a thriving trading relationship, causing jitters across the region. To resolve things peacefully, Beijing must stop playing provocateur.

Going to pot
It’s a safe bet the thousands of Canadian marijuana activists who smoked weed in public this week didn’t know the provenance of their joints. But it’s an issue Health Canada is taking seriously, as evidenced by a first-ever prescription pot recall because of unspecified issues with the B.C. grower’s methods. While there are plenty of reasons to support decriminalization, the oft-stated claim that it’s totally safe to permit Canadians to grow weed unsupervised in their basements and backyards may not be among them.