Sidewalk Labs recently posted several jobs. The catch: they're not for Canadians—at least not those who want to remain in the country. 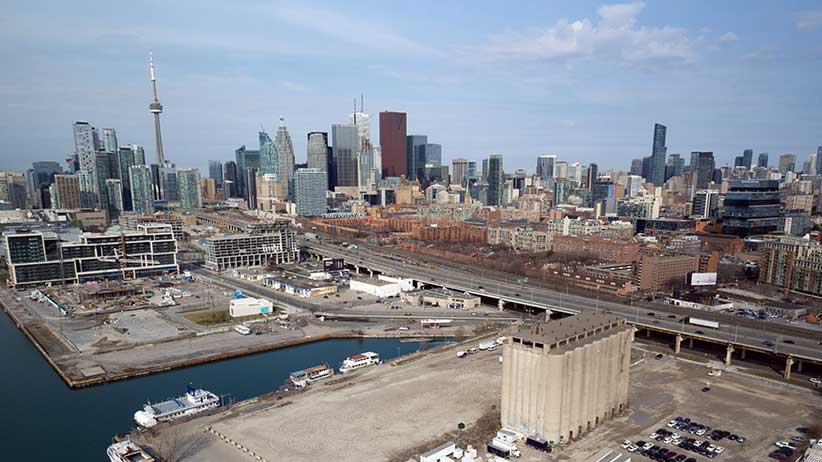 Quayside, the lakeside neighbourhood in Toronto being spearheaded by Google parent Alphabet’s Sidewalk Labs company, has been touted as a test bed for new urban technologies and models, with residents and businesses experiencing what life can be like in a hyper-connected, technologically-enabled community. The project will be “a thriving hub for innovation, and create the good, well-paying jobs that Canadians need,” Prime Minister Justin Trudeau declared at the announcement, with Ontario premier Kathleen Wynne, Toronto mayor John Tory and executives from the companies and partnering agency Waterfront Toronto in attendance.

Sidewalk Labs recently posted seven jobs that seem liked good ones. Alphabet is known to pay employees well. The catch: the jobs are necessarily not for Canadians—at least not those who want to remain in the country. Of the positions that Sidewalk Labs is soliciting applications for five are based in New York and one in San Francisco. Only one—director, health and human services—offers the possibility of working out of Toronto, although New York is also an option.

“I would not view those postings as necessarily a fulsome picture of the roles we are recruiting for,” Micah Lasher, head of policy and communications at Sidewalk Labs, “nor would I view the cities that are listed there as anything firm.” Lasher says the postings reflect “a moment in time” and that like any startup, the roles that need filling at Sidewalk and where they should be are constantly evolving.

The boilerplate on all the positions mentions Sidewalk Toronto, the partnership between the company and Waterfront Toronto, as part of “who we are.” The city is not referenced in the descriptions for five roles being advertised, but does feature in two—the health and human services role, and a director of resident experience job to be based in New York.

READ: Google says these are Canada’s most misspelled words

The company is based in the commercial capital of the U.S. and has undertaken projects in the city, the most high-profile of which is LinkNYC, a public access WiFi system. But 12-acre Quayside certainly appears to be its largest current undertaking, with Sidewalk committing $50 million to a year-long planning process in October. The announcement also included the ambition to use the technologies and models developed in the initial neighbourhood elsewhere in the 800 acres of Toronto waterfront targeted for redevelopment.

Sidewalk’s ambitions for its Toronto project include innovations that allow for more affordable housing stock, connected transit systems, environmentally-friendly and sustainable resource consumption, and data-driven community services. “We looked all over the world for the perfect place to bring this vision to life, and we found it here in Toronto,” said Sidewalk Labs CEO Dan Doctoroff, a former New York deputy mayor, at the announcement. He cited the city’s history of municipal creativity and developing technology ecosystem, as well as its diversity.

Indeed, the qualities of Torontonians and Canadians more generally were a particular subject of focus at the unveiling of the plan. Alphabet chairman Eric Schmidt called the city “a sane place,” and cited the country’s openness to immigrants. “We have the most talented, skilled and passionate people you fill find anywhere in the world,” Wynne declared. Tory shouted out Toronto’s “hugely talented population” and also referenced the city’s tech sector. Those driven, gifted folks will just have to hop a plane to New York.

Seven jobs is a small sample, of course. “It is very much our expectation to have a significant presence that is based in Toronto,” Lasher says, suggesting that is likely to happen starting early next year. “I would expect that we would have Toronto-based team members representing a broad cross-section of the work that we are engaged in.” That could include some of the positions currently posted; a total number is not yet available.

While he can’t put exact numbers on it, “our efforts in Toronto represent a significant focus for the company at this time” says Lasher.