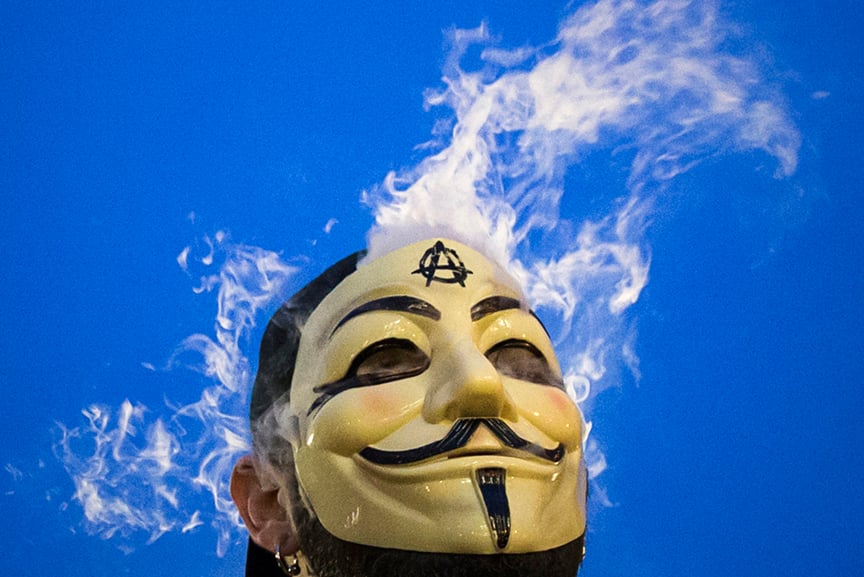 OTTAWA – The federal government is saying little about an apparent breach involving classified information — one that could snowball into a serious compromise of closely guarded secrets.

Digital hacking collective Anonymous made good late Monday on a threat to release what it says is the first of many sensitive documents.

It posted online what appeared to be a 2014 Treasury Board memo about funding of the Canadian Security Intelligence Service’s overseas communications capabilities. But as of Tuesday morning, the document could not be accessed through the original link.

The Canadian Press could not confirm the document’s authenticity and Jeremy Laurin, a spokesman for Public Safety Minister Steven Blaney, would not comment.

In an accompanying video statement, Anonymous denounced the July 16 fatal shooting of a supporter in Dawson Creek, B.C., during a confrontation with the RCMP.

Officers challenged and subsequently fired on the man, who was wearing a mask — an Anonymous trademark — outside a public hearing for a dam project to be built by BC Hydro. A knife was recovered from the scene.

The man has been identified as 48-year-old James McIntyre. B.C.’s police watchdog, the Independent Investigations Office, is investigating.

An Anonymous video accompanying the alleged Treasury Board document begins with a moment of silence for “our fallen friend” McIntyre.

The shadowy, loosely knit collective is demanding the immediate arrest of the RCMP officers involved.

“Unless and until that happens we will be releasing stunning secrets at irregular intervals.”

The video harshly criticizes the Harper government, police, security agencies and corporations, saying they have branded “anyone opposing their fossil-fuel agenda to be a terrorist.”

“Anonymous has been collecting bits of evidence and making plans for many months,” the video says.

The group seems to have selected the initial document for posting because — if genuine — it shows federal ministers made decisions over at least a four-year period to update security systems domestically and internationally.

“Congratulations, you left many doors open for us,” the group says. “We are now privy to many of Stephen Harper’s cherished secrets.”

Anonymous has claimed responsibility for a June attack that shut down several federal sites and wreaked havoc with email — billing it as a protest against the federal security legislation that broadened CSIS’s mandate, boosted information-sharing and expanded no-fly list powers.

No personal information was compromised during the cyberattack, Blaney said at the time.