How easy is it to grow cannabis at home?

Since cannabis is a 'weed,' it requires little attention—although basic conditions must be met if you want to achieve decent quality 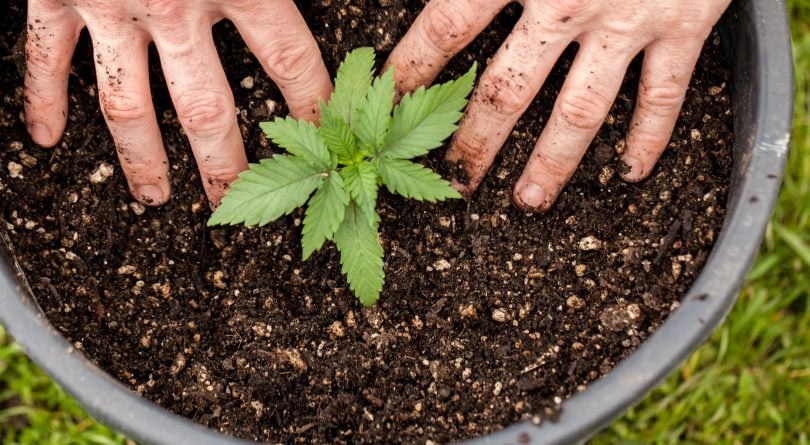 Growing cannabis at home isn’t rocket science. Since cannabis is a “weed,” it requires little attention—rule of thumb is to avoid overwatering and over-fertilizing—although some basic conditions must be met if you want to obtain a product of decent quality.

“The secret of growing anything is the soil, the light and the food,” says Tom Neumann, an Alberta-based licensed medical marijuana grower. Neumann runs TheGrowShow.ca, a website hosting Twitch streams that give tips to hopeful home growers. Much like basic gardening, all you need to get started is good seeds. If you’re growing outside, you will want to start early in the spring, ensuring your plants get as much sunlight as possible until they flower late in the fall. You will be at the mercy of the elements, but Neumann said his plants are surprisingly resilient, even in northern Alberta weather.

Growing inside is a bit more complex. A timed lighting apparatus (12 hours on, 12 hours off) is critical to grow the plant and get it to flower. Consider a high-intensity discharge lighting system, or HID, for best results. You will also need an exhaust fan with a carbon filter to limit the smell. An easy solution is to purchase a grow tent kit online, which will set you back a couple hundred dollars. If you’re just getting started and unsure that home growing is for you, Neumann suggests saving your money and using a simple bucket, a single 400-watt HPS (high pressure sodium) bulb and a closet. “They only draw about 3.2 amps out of a 15-amp breaker, so it’s not dangerous in any way,” Neumann said. “You’re not overloading your circuits. If I was growing for the first time, I would want to keep my costs down.”

Neumann said his indoor plants have each generated an average of 60–90 grams of bud, while his outdoor plants have yielded up to 500 grams per plant. That’s a lot of fresh weed when you consider that, under the Cannabis Act, every Canadian household will be allowed to grow up to four cannabis plants for personal use.

Still, if growing isn’t too much of a puzzle, understanding how different provinces will regulate home cultivation can be a head-scratcher. Two provinces, Quebec and Manitoba, have laws prohibiting home growing, mainly to protect children and prevent illegal distribution. Meanwhile, New Brunswick will only allow indoor growing.

Can I grow pot if I live in a rental unit?

Problems could arise for condo and apartment dwellers. Some landlords will be given the right to prevent tenants from growing cannabis at home, even if they already have an existing lease, as will be the case in Nova Scotia, B.C., and Saskatchewan.

“If I already have entered into a lease with my landlord and my lease says I can’t do anything illegal on the premises—well, as of Oct. 17, I’m not doing anything illegal,” said Trina Fraser, partner and head of the CannaLaw group at Ottawa-based Brazeau Seller Law. “Some landlords, in provinces that haven’t specifically legislated for it, are trying to impose that ban despite the fact the lease already exists. I have a problem with that.”

“You hear about realtors and condo boards freaking out about mould,” Tom Neumann added. “Those issues only happen in guerrilla hydroponic grows, hiding from the public so they can produce a lot of product.”