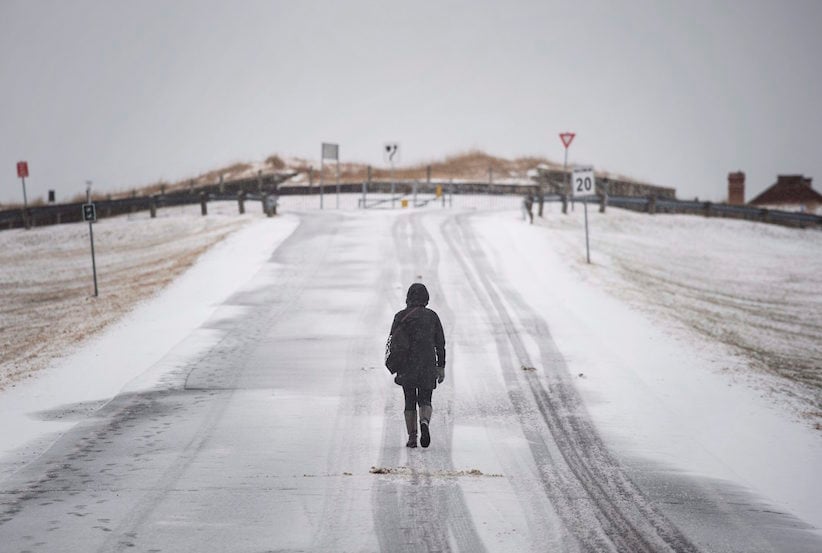 Freezing rain across southern Ontario caused power outages that continued into Friday and prompted weather warnings in parts of Quebec and the Atlantic provinces.

Tens of thousands hydro customers across southwest Ontario were still without power Friday afternoon as repair crews tried to stay ahead of outages due to freezing rain that coated wires and tree branches with ice.

PowerStream, which services communities north of Toronto, was working to restore power to some 12,000 residents and businesses.

Freezing rain warnings were issued for parts of Quebec and Atlantic Canada as the storm tracked east.

Environment Canada said significant ice build up and long-lasting periods of freezing rain are anticipated Friday in northern New Brunswick, with a mix of freezing rain, ice pellets and snow expected elsewhere in the province.

The national weather forecaster says parts of Newfoundland can expect a period of freezing rain of up to six hours before tapering off Saturday morning.

The icy weather meant an extra-long weekend for thousands of students across southern Ontario heading into Easter weekend.

Classes and buses were cancelled at three southern Ontario school boards Thursday, while many others across the province cancelled buses but left schools open.