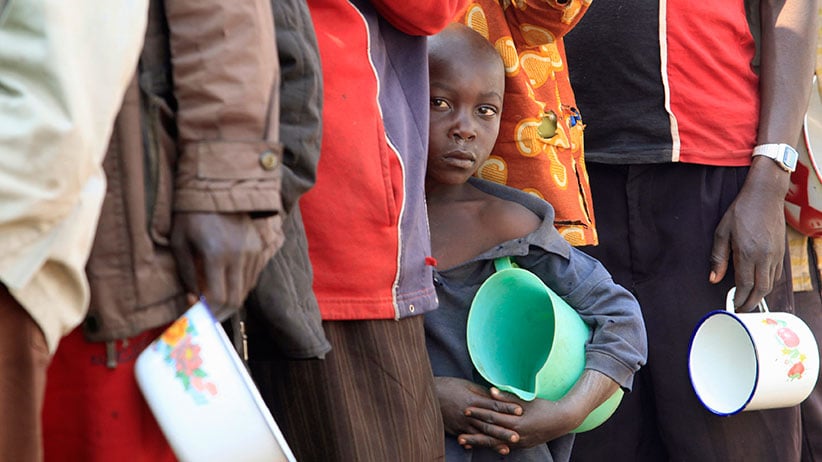 OTTAWA – Defence Minister Harjit Sajjan will visit the Democratic Republic of Congo next week as part of a trip to Africa to collect information for a potential future Canadian peacekeeping mission on the continent.

Officials have warned against jumping to any conclusions that Canada is preparing to send hundreds of troops to the DRC, where the United Nations has a major peacekeeping operation.

“This is an opportunity for him to go into a country that does have an ongoing peacekeeping mission and see what that looks like,” said Sajjan’s spokeswoman, Jordan Owens. “It’s to see what an ongoing mission looks like.”

But Walter Dorn, a peacekeeping expert at the Canadian Forces College, says despite its challenges, the DRC would be a “great mission” for Canada.

“There is the possibility of a major role there,” he said. “And we could be looking at a force-commander position.”

Former UN high commissioner for human rights Louise Arbour and retired general Romeo Dallaire, who commanded a peacekeeping mission during the Rwandan genocide in 1994, will accompany Sajjan as he visits the DRC as well as Ethiopia, Kenya, Tanzania and Uganda during the week-long, fact-finding mission.

The Liberals promised during last year’s election campaign to return Canada to peacekeeping and Sajjan and defence chief Gen. Jonathan Vance both said last month that could involve a mission to Africa.

Owens said the defence minister undertook a similar fact-finding trip to Iraq before the Liberal government revamped Canada’s military mission against the Islamic State of Iraq and the Levant in February.

“It’s a good way for him to see exactly when the African Union says it has this support, what does that actually look like?” Owens said. “When the UN says ‘We’re doing this,’ what does that mean? So we’re gathering information.”

There had been speculation that the Liberal government was eyeing a role in the west African country of Mali, where a UN peacekeeping mission has been in place since April 2013. Hundreds of German and Dutch troops are among the roughly 13,000 blue helmets in the country.

But that mission, which is intended to assist a ceasefire between the government in the south and armed groups in the north, has been fraught with risk. Eighty-six peacekeepers have been killed as insurgents, some linked to terrorist groups, have launched ambushes and attacks.

While Owens insisted no decision on a new Canadian peacekeeping mission has been made, the fact Sajjan is heading to East and Central Africa suggests the government is considering a deployment to that part of the continent and not Mali.

Canada has contributed a handful of peacekeepers to the UN mission in the DRC for several years. However, the Conservative government rejected a request in 2010 for Canada to have then-lieutenant-general Andrew Leslie command the force. Leslie is now a Liberal MP and chief government whip.

Dorn says for that reason, there would be some important symbolism if the Liberal government agreed to dramatically increase its involvement in the DRC mission. Canada also has a national interest in the country, he said, with large investments in mining.

The UN mission in the DRC has been sharply criticized for not doing enough to protect civilians from the country’s various armed groups. The political situation is also uncertain due to upcoming elections. But Dorn said Canada could make a significant contribution to peace and stability in that part of the world.

Another possibility is the UN mission in South Sudan.

Owens said one of Sajjan’s objectives is to determine where a Canadian contribution would be most effective. “He’s focused on the meaningful impact part,” she said. “If we were to deploy a peacekeeping mission to Africa, is it one that’s meaningful?”

Arthur Boutellis, director of the New York-based Center for Peace Operations, said that describes the mission in South Sudan, where peacekeepers have been tasked with protecting civilians from opposing forces loyal to the president and vice-president.

“Really there’s a need there,” he said. “And if you want to make a difference and prevent mass atrocities, they definitely need qualified troops.”