Stephen Harper to resign as prime minister next week

A spokesperson says Harper will quit Nov. 4, just prior to the swearing-in of Trudeau's Liberals 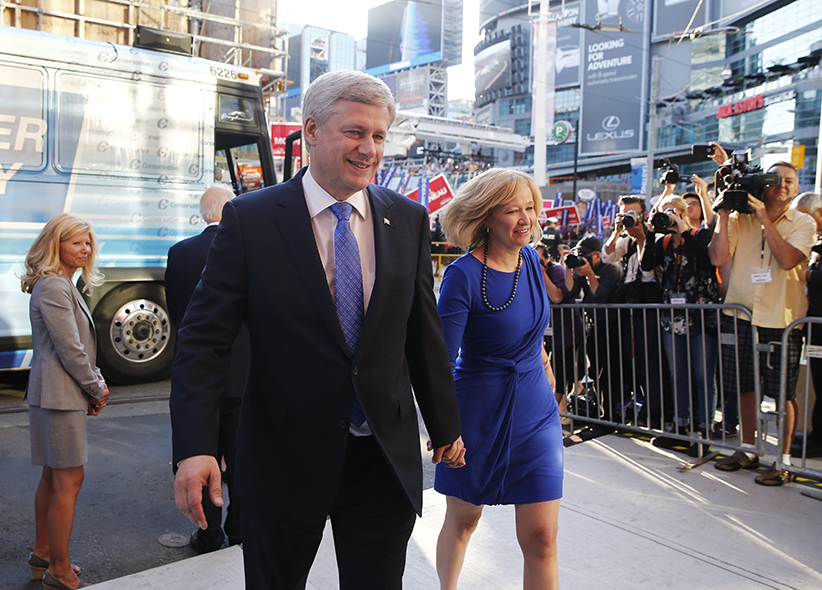 Canada’s Conservative Prime Minister Stephen Harper arrives with his wife Laureen (R) at the venue for the Maclean’s national leadership debate in Toronto August 6, 2015. Canadians go to the polls on October 19, 2015. (Mark Blinch/Reuters)

Rideau Hall says Harper visited Gov. Gen. David Johnston right after the election and said he would resign as prime minister in the wake of last week’s Liberal majority victory in the federal election.

A spokesperson says Harper will quit Nov. 4, just prior to the swearing-in of Trudeau’s Liberals, which is scheduled to take place that same day.

Harper has been prime minister since February 2006.

Moving trucks have been at the prime minister’s residence at 24 Sussex Drive as the Harper family prepares to move back to Calgary.

Harper, meanwhile, has been making calls to defeated Conservative MPs and ministers.

He has said he intends to remain as MP for the riding of Calgary Heritage in order to keep an eye on the party’s future.

Kim Campbell, Conservative PM for just over four months in 1993, lost her seat in the October election and resigned as party leader shortly after.