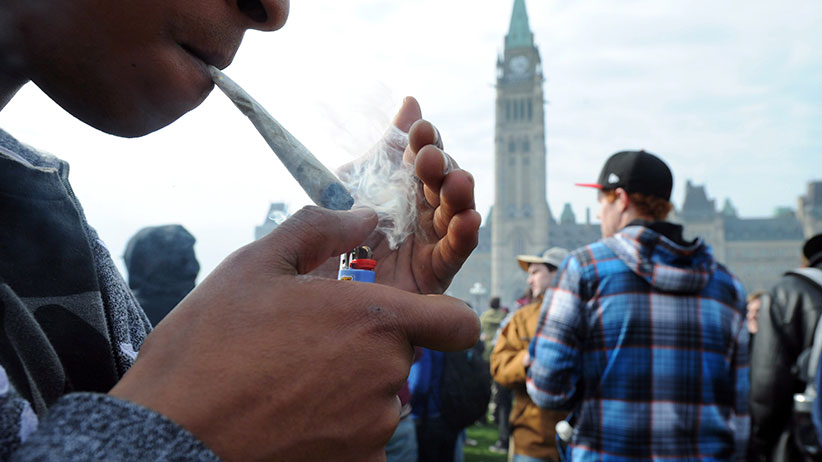 OTTAWA – With apologies to The Who, the kids may not be alright with this.

A series of 24 focus groups on perceptions of marijuana legalization commissioned by the federal Liberal government found that the youngest teenaged participants were the most cautious about the policy shift.

The government has been laying the groundwork for months on a major public education and awareness campaign that will accompany the looming legalization of recreational marijuana.

According to Earnscliffe Strategy Group, which won the $136,000 research contract in March, an “overwhelming majority” of focus group participants in Vancouver, Toronto, Montreal and Halifax were aware of the promised end to pot prohibition and that “most, particularly those over the age of 18, were generally comfortable with the idea.”

The notable outliers among the focus groups were 13- to 15-year-olds — and in some cases their parents.

“The one audience that held slightly less positive views about the legalization of marijuana were youths 13-15,” says the report, noting some were “not at all familiar with marijuana.”

The focus groups were heavily weighted toward younger Canadians, using six distinct cohorts. Three cohorts covered ages 13-15, 16-18 and 19-24, while another two involved parents of younger and older teenagers. Only one group in each city included general participants aged 25 and up.

The youngest participants struggled to identify advantages perceived by older participants — perceptions that included economic benefits from taxing the product, standardized and reliable marijuana quality, an end to black-market activity and reduced strain on police and the court system from marijuana possession charges.

The 13-to-15 year olds — and some of their parents — were also the most skeptical about perceptions on limiting marijuana accessibility. By contrast, most participants felt legalized pot would not increase either cannabis usage or accessibility for youngsters.

Marijuana use and teenage rebellion pre-date the 1965 hit by The Who, “The Kids Are Alright”, but some older focus group participants felt legalization might kill the buzz.

“In fact, some argued that teens’ access to and use of marijuana may decline with legalization because the stigma of doing something rebellious would be eliminated …,” the report said.

The focus groups also provided sobering perceptions of cannabis-impaired driving, with most saying it was less dangerous than drunk driving and a few suggesting marijuana use can improve driving skills.

“In fact, a few participants felt that some people they knew were better drivers under the influence of marijuana than they were sober.”

However mixing alcohol, cannabis and driving was universally rejected.

Health risks associated with marijuana mostly centred around smoking issues, although an “overwhelming majority, across all audiences” felt health risks varied by age, with the developing brains of younger users most at risk.

The focus groups also assessed a number of existing public awareness advertisements for drugs and alcohol and how they might apply to marijuana. Some age-specific differences in perception emerged.

Ads using humour, for example, were well received by older audiences but were particularly frowned upon by the 13-to-15-year-olds, who “did not feel it would be appropriate to make light of marijuana use.”

Scare tactics were widely considered ineffective, especially by those older than 15, while there was generally a positive reaction to “friendly, non-judgmental, informative” advertising.

“All this suggests that a layered, multi-phased campaign will be required to reach the various audiences with targeted communications and messaging about marijuana,” said the report.

A spokesman for Health Minister Jane Philpott said Tuesday the government has been clear that a public education campaign will accompany legalization.

“Certainly as part of the introduction of legislation, there will be a key component related to public awareness,” said Andrew MacKendrick.

The Liberal government has promised a bill legalizing and regulating recreational marijuana production and sale next spring.