Canada lifted the lifetime ban on gay men donating blood in 2013, and brings itself in line with U.S. and other countries with new rule 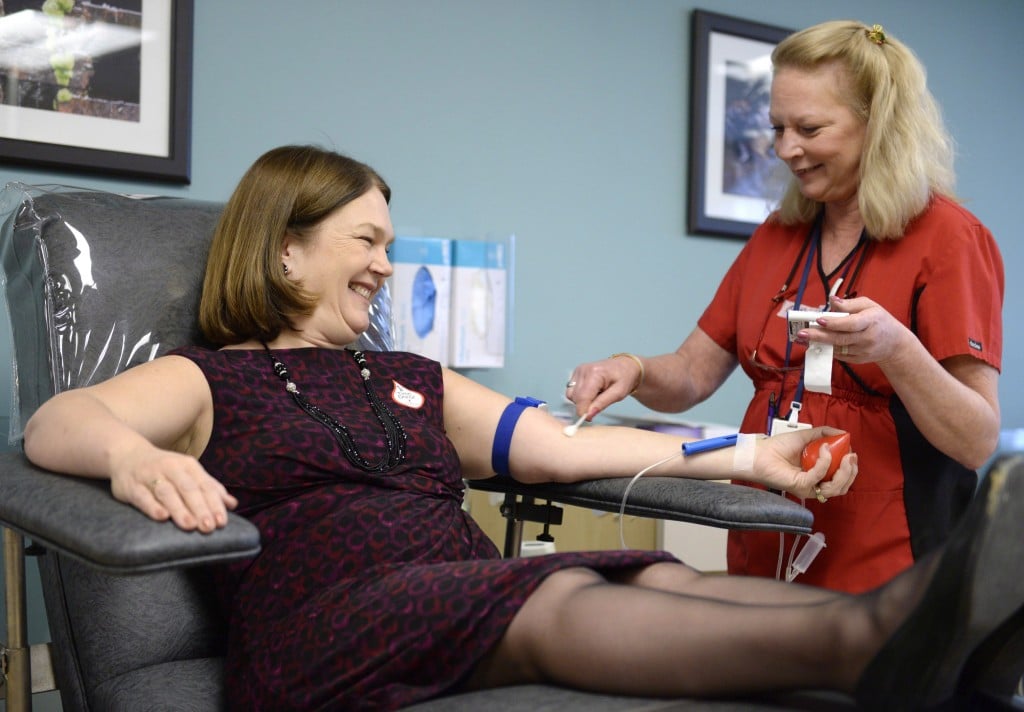 OTTAWA – Health Canada is making it easier for gay men to give blood, so long as they have been celibate for one year.

Canadian Blood Services and Hema-Quebec will now be allowed to accept blood from men who have had sex with men as recently as one year ago.

“There is an incredible desire and certainly a commitment on the part of our government to work towards further decreasing that donor deferral period. We will be actually looking for mechanisms to be able to support that.

“The desire is to be able to have those deferrals based on behaviour as opposed to sexual orientation.”

Health Canada is also giving the blood donation agencies $3 million to support that potential goal, she added. “We will putting part of that towards research on behaviour-based donor deferral programs.”

Health Canada said the change comes after Canadian Blood Services and Hema-Quebec provided scientific data that the change would not compromise safety.

The move brings Canada in line with a number of other countries, including the United States, Australia, New Zealand, England, Scotland and France.

Canada lifted the lifetime ban on gay men donating blood in 2013, requiring instead that potential male donors not have had sex with other men for five years.

“I think we were able to demonstrate that there was no negative effect of going to a shorter time period,” Devine said in an interview.

There are those who want that time period lifted altogether.

That includes the Canadian AIDS Society, which has long advocated for an end to across-the-board restrictions on gay men donating blood.

Spokeswoman Janne Charbonneau said the position has not changed, but noted the agency welcomes the announcement.

“While we would prefer to have no deferral period whatsoever for MSM blood donors — that is, men who have sex with men — we consider Health Minister Philpott’s announcement to be certainly a step in the right direction, with a view to ultimately removing any barriers to MSM blood donations,” Charbonneau said.

Devine said Canadian Blood Services is not ready to lift the restrictions completely.

“It’s still 12 months because the testing is imperfect, because we are still on this incremental journey,” she said.

“The 12 months was where we had data to be still in the comfort zone for the recipients to feel that we were not doing anything that made blood supply unsafe (and) that we also had data to reassure ourselves that we were maintaining safety of the blood system.”

She said the money from Health Canada will help Canadian Blood Services and Hema-Quebec work do more research in this area, noting that much of the current literature in Canada has been focused on the relationship between HIV and high-risk behaviour in sexually active gay men.

“That’s not the group that we want to study. We need to study the low-risk folks,” she said.

Talks to change blood donation regulations in Canada have always taken place in the shadow of the tainted blood scandal, when hundreds of Canadians were infected with HIV, hepatitis C or both in the 1980s from blood and blood products donated through the Red Cross.

The Red Cross lost responsibility for Canada’s blood supply in 1998 in the wake of the Krever inquiry, a royal commission that was struck to study the scandal. Canadian Blood Services and Hema-Quebec were established to take over the task.