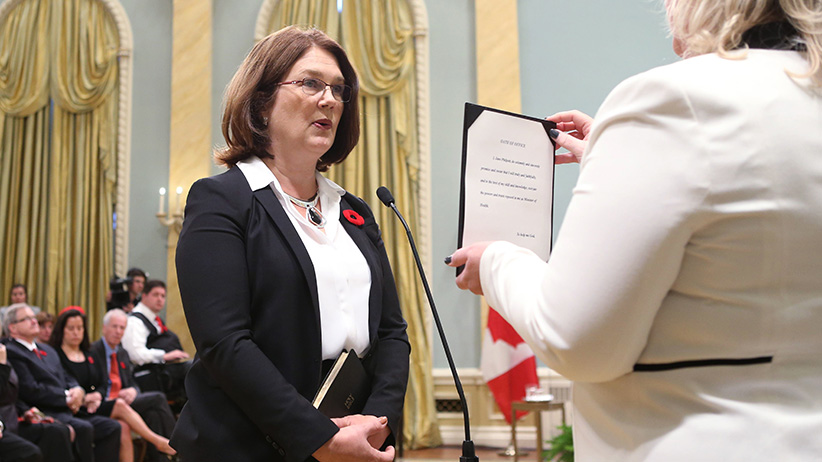 OTTAWA – Health Minister Jane Philpott says she hopes the government will have more details this week on its plan to bring in 25,000 refugees by the end of the year.

Philpott says the government is working to address the urgent refugee crisis while being mindful of health and security concerns.

The Liberal government has been under increased pressure to lay out a plan as it remains committed to the refugee timeline announced during the election campaign.

“There’s a lot being done behind the scenes,” the minister said. “Canadians should have no doubt that work is being done. We want to be sure that the plan is responsible and orderly and that we will be able to give a very clear plan when we do make the details available.”

Philpott was also asked about security considerations in wake of the terrorist attacks in Paris, which left 129 people dead.

The Islamic State of Iraq and the Levant has claimed responsibility for the massacre.

The government also has to determine where it will conduct health screenings, though Philpott would not provide specifics on Monday.

The minister, who is a physician, seems confident health concerns among the Syrian refugee population can be addressed.

“Even something like tuberculosis, while it will exist, no doubt, in that population, the numbers are not high and it is a treatable illness,” Philpott said. “It is something we will be able to detect and take care of right away.”