Heather O’Brien was murdered in the Nova Scotia shooting. It took the RCMP seven hours to tell her family.

They knew something terrible had happened to their mother. Why did it take eight family members confronting the RCMP to finally get an answer? 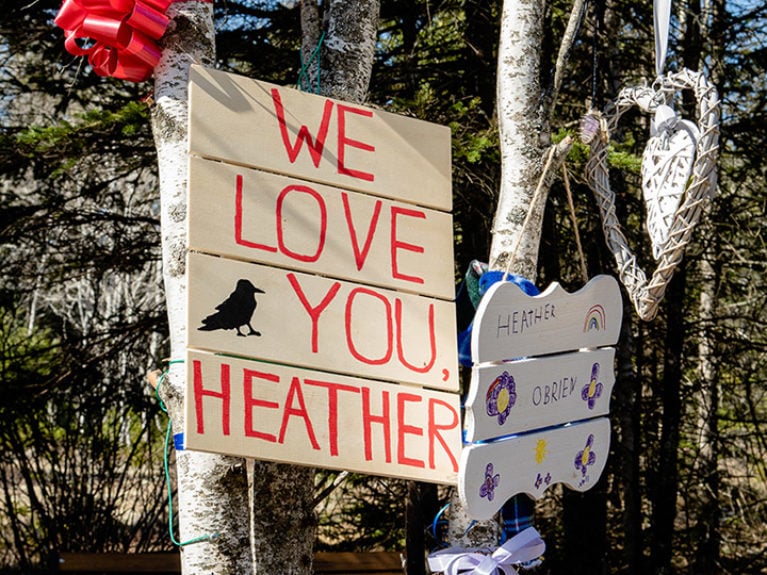 A roadside memorial for Heather O’Brien in Debert, N.S., on April 25, 2020 (Photograph by Aaron Fraser MacKenzie)

Heather O’Brien was headed to wave at her grandkids when she was murdered on Plains Road in Debert, N.S., at two minutes after 10 on the morning of April 19.

O’Brien, a 55-year-old nurse, mother of six, grandmother of 12, had been working extra hours with the Victorian Order of Nurses because of COVID-19, and had not been able to see her grandkids since Easter, the Sunday before, when she dropped off baskets on all of their doorsteps.

“She was on her way in the circle to see her grandbabies, that she went every Sunday since this COVID thing started,” said her daughter, Darcy Dobson, a 30-year-old bartender. “She would talk to the kids through the windows. That’s what she did on Sunday, because we have all the babies.”

O’Brien’s six children all live within five minutes of their parents’ home in small communities outside Truro, 110 kilometres from Halifax.

As she drove down Plains Road, likely headed to Dobson’s place, O’Brien was talking on the phone to a friend and colleague, who we will call Mary, because she doesn’t want her name published.

While Dobson was waiting for her mom, Mary called with terrible news.

“Mary called and said she was on the phone with Mom. And her words to me were that Mom was coming down Plains Road when she was talking to her on the phone and she said to her, ‘I hear gunshots, Mary.’ And Mom said, ‘I’m almost to Lancaster (Crescent).’ Mom had said to her, ‘It’s OK, Mary, the RCMP are here’. And the next thing Mary heard was Mom scream.”

The phone call was the beginning of a nightmare for Dobson and her family. Her mother had been shot to death by a 51-year-old denturist in a replica RCMP cruiser and uniform who killed 13 people in Portapique the night before. After those murders, he evaded police, spent the night parked behind a welding shop in Debert and then drove down the highway where he murdered a couple in Wentworth, set their house on fire and murdered a volunteer firefighter who came to investigate the fire.

He then returned to Debert, while police sought him, and killed Kristen Beaton, 33, and O’Brien, two VON nurses seemingly selected at random, pulled over, presumably obeying the directions of a man who appeared to be an RCMP officer.

“Which leads me to believe he pulled her over, or had a spot-check type something in the middle of the road,” says Dobson.

After hearing from Mary, Dobson, terribly upset, called her brothers and sisters. They needed to find out what had happened to their mother. They remain confused and hurt that it took the RCMP seven hours to tell them that she had been murdered.

The family gathered at the home of Dobson’s 61-year-old father, a retired contractor, and went separately to the scene in groups of two, asking what had become of Heather O’Brien. Repeatedly the officers on the scene, standing there holding long guns, sent them away without telling them their mother hadn’t made it. Individual officers spoke to them kindly, but they couldn’t get an answer. The family wasn’t finally informed until about 5 pm, when they went down, all eight of them, and demanded to be told in an emotional confrontation. 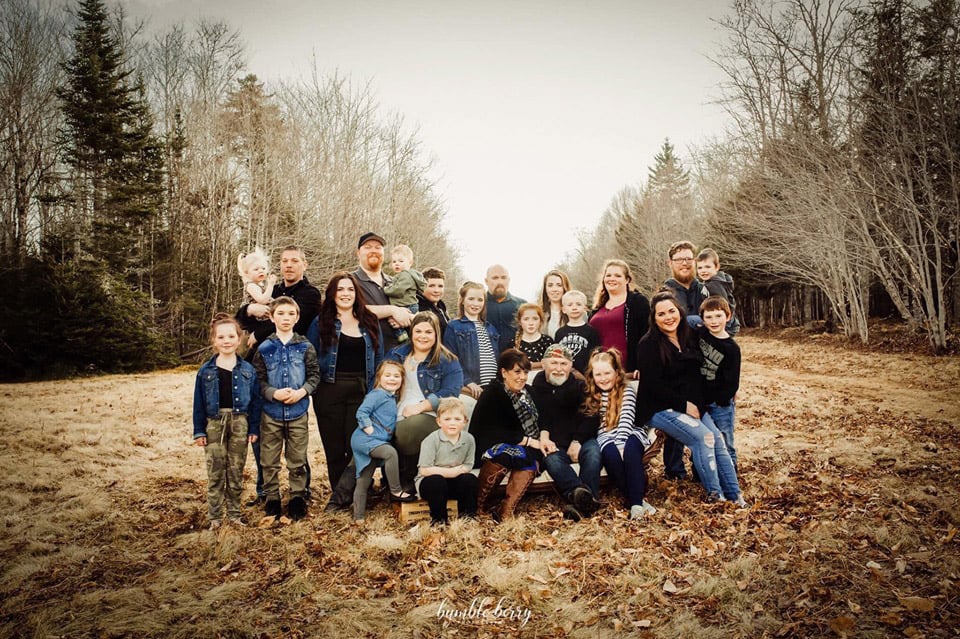 A family portrait (Courtesy of the O’Brien family)

That meant that for seven hours, they were living with the vain hope that their mother had just been injured.

“I knew in my heart,” says Dobson. “I remember feeling like I knew. A part of my heart was gone. A part of me sank completely. I knew. But here I am sitting in front of my mother’s computer at her desk in her office and home, calling the hospital in Truro and thinking I have no idea if my mother is dead or alive. She could have a gunshot wound in her shoulder and be at the hospital.”

Nick Beaton, whose wife and unborn child were murdered just metres away from O’Brien, also had to wait until 6 pm to learn that his wife hadn’t made it.

“You keep hoping until you hear,” he says. “One officer told my brother-in-law that a female left the scene with chest injuries, so he raced into the Truro hospital.

“We had hope. At that point you’ll take a chest injury. Other than the alternative. I’m not a prayer. I don’t go to church. But I was down on my knees in the backyard praying that she was in the hospital and we at least had a hope.”

Beaton is frustrated that the RCMP wouldn’t tell him sooner, sparing him the agony, but he wants it to be clear that he is not blaming the constables.

“I don’t want it to be the poor bastards that were there, feet on the asphalt that day,” he says. “It wasn’t their fault. I call them the foot soldiers. I want them boys to know it’s not them. Because they’re beating themselves up. They’re talking to shrinks. I don’t want to push anyone else over the edge. It’s their bosses.”

Beaton can’t figure out why it took so long.

“We are understanding enough to say, yes this is an active homicide investigation. I try to explain to my dad yes this is an active homicide investigation. You can’t go in there. You can’t do that. I mean, at noon, when you know this guy is dead, there is enough Mounties in the province someone could have come to my dad’s front door, where he had six adult children, grieving.” 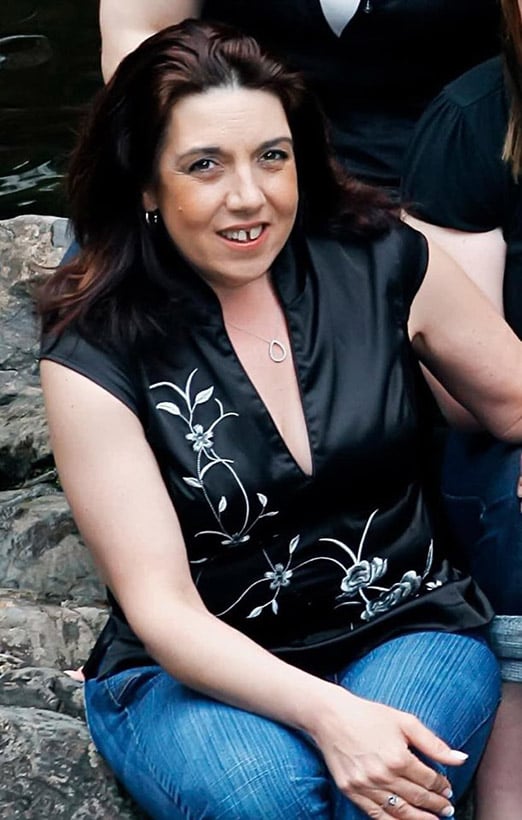 The RCMP is not able to say why it took so long to inform the families, except that there were many victims.

“We acknowledge how difficult and distressing it is for family members when next of kin notifications are pending, and then to hear that their loved one has passed away,” said Constable Hans Ouellette in an email.

Ouellette said all notifications were completed by April 20, 24 hours after the end of the shooting rampage.

“Our Family Liaison Officer has been in regular contact with the next of kin for all victims since the incident. Given the nature of the incidents that were occurring, including many victims and scenes, next of kin notifications happened as soon as possible.”

Law enforcement sources say that the RCMP may have a policy preventing them from releasing the news to family members until someone from the Medical Examiner’s Office has certified the identity of the victim.

The provincial Department of Justice says nine people from the Medical Examiner’s Office were at the murder sites that day.

A retired senior RCMP officer who spoke on condition that their name not be published said that it appears wrong to have made them wait.

“I see no reason not to divulge the identity of those people to the family,” the retired Mountie said. “I don’t know why they would insist it would be held for eight hours. I can’t figure that out, particularly to family members, because family members are so distraught. So for somebody not to take them aside, I don’t buy into that. It’s inappropriate in my opinion.”

Dalhousie law professor Archie Kaiser says that police should be guided in their actions by the Canadian Victims Bill of Rights, which states that “victims of crime and their families deserve to be treated with courtesy, compassion and respect, including respect for their dignity.”

Kaiser said that a public inquiry should eventually consider whether the force properly respected the rights of victims when it delayed informing them.

“I start with that first principle, and I think in the context of this very complicated criminal investigation and this terribly brutal crime, were the police able to bring that legislative obligation into play soon enough? And did they do it in a manner that comports with the obligations of the law? There might be many good reasons, although the RCMP should explain them clearly, why they might have to delay providing some information to the victims.”

The victims’ families are calling for a public inquiry. Nova Scotia Premier Stephen McNeil has said that Ottawa, not Nova Scotia, should hold an inquiry.

Kaiser’s colleagues at the Dalhousie Law School disagree, saying the premier’s position is “an abdication of both moral and legal responsibility.”

Dobson says if anything good can come of the tragedy, it may be that the RCMP learns some lessons.

“I pray that they fucking learn something. If nothing else, they learn something because they made some horrible, horrible mistakes. I’m trying to tread lightly …  but they dropped the ball in Nova Scotia.”